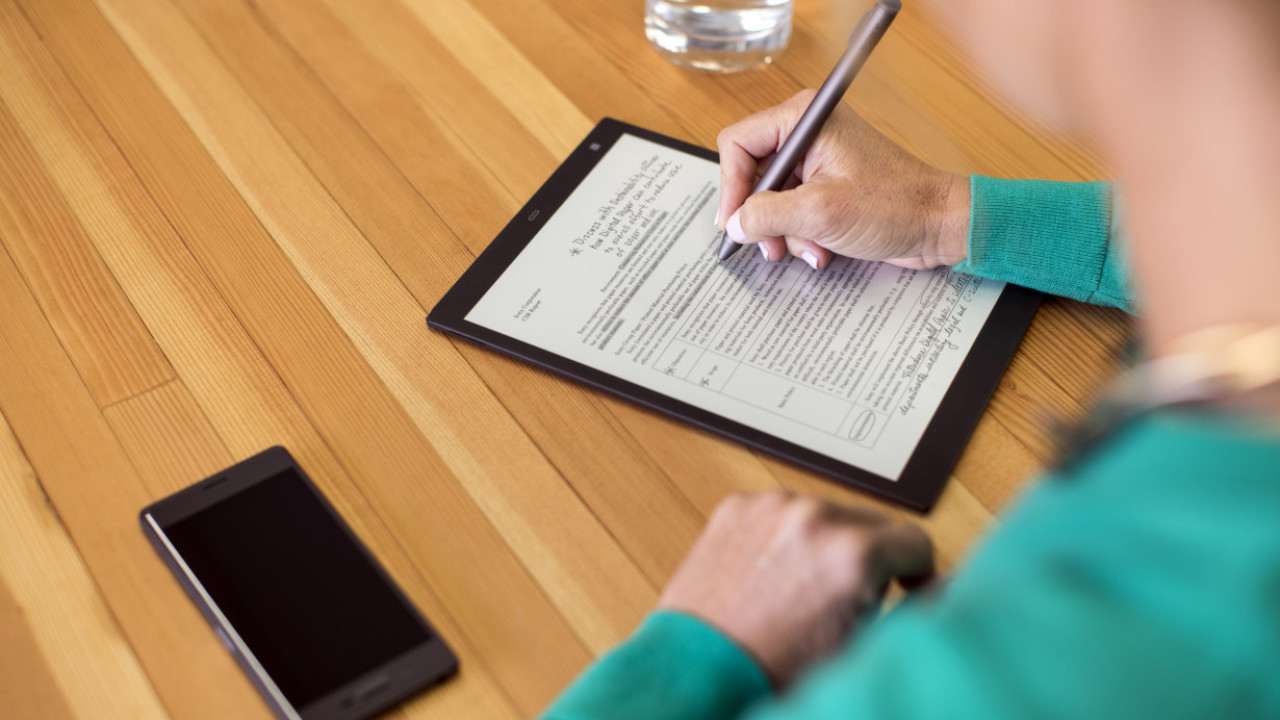 Yesterday, Sony announced a 10-inch digital paper tablet, snappily named the DPT-CP1. This is a bit like a normal tablet, except with an electronic-ink screen, and designed primarily for note-taking.

With the DPT-CP1 (surely Sony could have given it a better name, lke the “WriteStation,” maybe?) you can draw and doodle to your heart’s content without running out of pages. It has 16GB of internal storage, with 11GB user-accessible.

You can also synchronize your work to your phone, with the companion app available for both Android and iOS.

If you need to bring your work to a bigger screen, the DPT-CP1 can connect to a projector. You can also make real-time edits while mirroring to the screen.

Other features are pretty run-of-the-mill, and are what you’d expect with a tablet computer — like the ability to pan and zoom through documents, and auto-rotation.

The DPT-CP1 is really bloody expensive. At $599, it costs almost double the current generation 9.7-inch iPad — a device that does way more. While Sony’s offering lets you view PDFs and make notes, the iPad is a fully-featured mobile computer.

The price on this niche device might be hard for some to swallow, but I’m still deeply intrigued by the DPT-CP1. For starters, the idea of an e-ink writing tablet is really cool. I’d love to have an electronic notebook that I can just let my thoughts flood into. And unlike an iPad, it’d be easy to work with outside, as the e-ink screen doesn’t reflect the throbbing glare from the sun.

As an added bonus, its battery life endures longer than the iPad’s. The DPT-CP1 can run for one week on a single charge with Wi-Fi and Bluetooth enabled. With all its radios switched off, it can run for a marathon three weeks.

But it solves another problem.

I have notebook ADHD. It’s not an actual DSM-recognized medical condition, but it really should be.

Here are the symptoms: I’ll write in one for a bit, and long before I’ve finished it, I’ll get bored, and start writing in a fresh one. The end result is that I’ve got dozens of notebooks, all in varying states of completion.

Finding important notes is always a bit of an adventure, as I’ve got to remember where I wrote them. I seldom do.

The appeal of Sony’s latest gadget is that I don’t have to look far, as they’re all computerized. And yeah, I won’t have as many notebooks cluttering my home office.