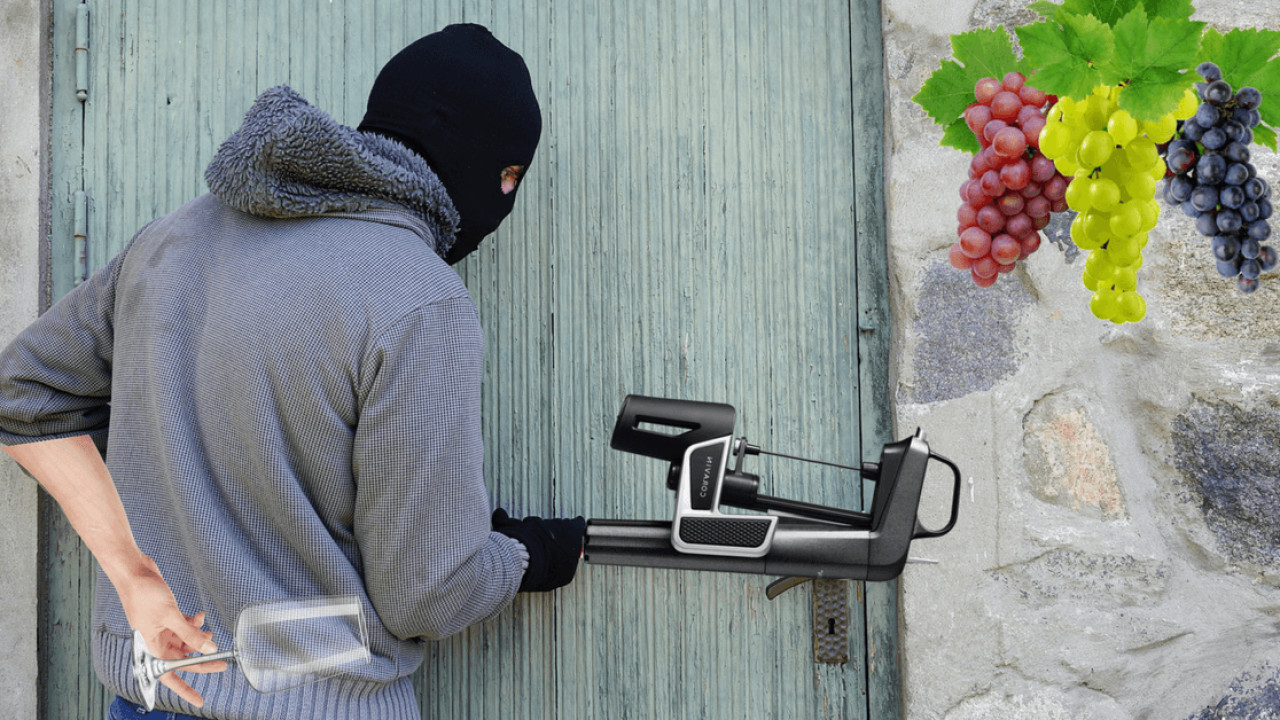 You don’t always know something’s a problem before someone points it out. For example, who would’ve thought that corks bother anyone? Well, I’ll tell you who: Coravin. The company went to the effort of creating an eponymous device that lets users pour wine without removing the cork.

Reminiscent (in looks at least) of the Men In Black weapon the Noisy Cricket, the Coravin works by limpeting itself onto the bottle and plunging a needle through the cork, allowing wine to flow out. To keep the pressure in the bottle constant and stop oxygen getting in and ruining the wine, the Coravin has an argon capsule attachment, which pumps the inert gas in the space the liquid previously was.

Intended for the avid wine collector, the idea behind it is that that people can sample some high-class wine without having to open the bottle and plough through every last drop. The thing is, this issue of only wanting one glass hasn’t really popped up in my life.

What has raised its head though is the desire for wine, but the lack of finances to achieve this lofty dream. As I’m all about being relatable, this raised a question in my mind: could this $300 piece of wine kit be used to nab a free glass from a shop?

We ventured onto the streets of Amsterdam to find out.

First, we needed somewhere to test out this theory. Luckily, with our offices being in the center of the city, it didn’t take long until we found a liquor shop.

Heading into the back, we surveyed the landscape. Most of the wine bottles had screw caps on (which Coravin has an attachment that can deal with it), but we weren’t here to mess about with that – we wanted wine straight through the cork.

At last, we found our perfect bottle and got to work.

Man, using the Coravin was easy. After clamping the device onto the neck of the bottle, the needle slid easily through the coil and cork. Would it actually work though?

A sneaky glass of wine was mine! Detaching the Coravin was as seamless as putting the bottle back on the shelf.

And, as you can see below, the wine blends seamlessly back into the shelf.

A perfect crime? Well, aside from being caught on CCTV or by the store assistant, you could feasibly get away with nabbing a glass of wine, before disappearing into the night, sort of like a selfish (and alcoholic) version of Robin Hood.

I, on the other hand, didn’t want to deprive the owner of this independent store a potential sale or a cheap wine aficionado a drink, so I did actually end up paying for the wine. The key point though is that I totally could’ve gotten away with it if it wasn’t for those pesky morals (and The Man).

There was also an issue with the bottle after we used the Coravin though. The idea of the device is that the hole it makes in the cork automatically reseals, meaning no oxygen gets in. Well, this suggests otherwise:

The Coravin’s (probably) not designed to be used as a Batman-style gadget for freeing wine from liquor stores, so there’s a chance that in the heat the of the moment I fluffed it up. A glance at some online forums confirms that this has happened to other users, with the issue supposedly being due to poor quality corks.

The only solution will be to try it again on another bottle. A hard job, but someone has to do it.

So, to answer our original question: yes, damn straight, you can totally use the Coravin to steal some wine from a shop. But should you buy a Coravin with the aim of becoming the Inspector Gadget of intoxication? For legal purposes, we were told to say no.

If you’re interested in trying the Coravin out yourself, you can buy one here.