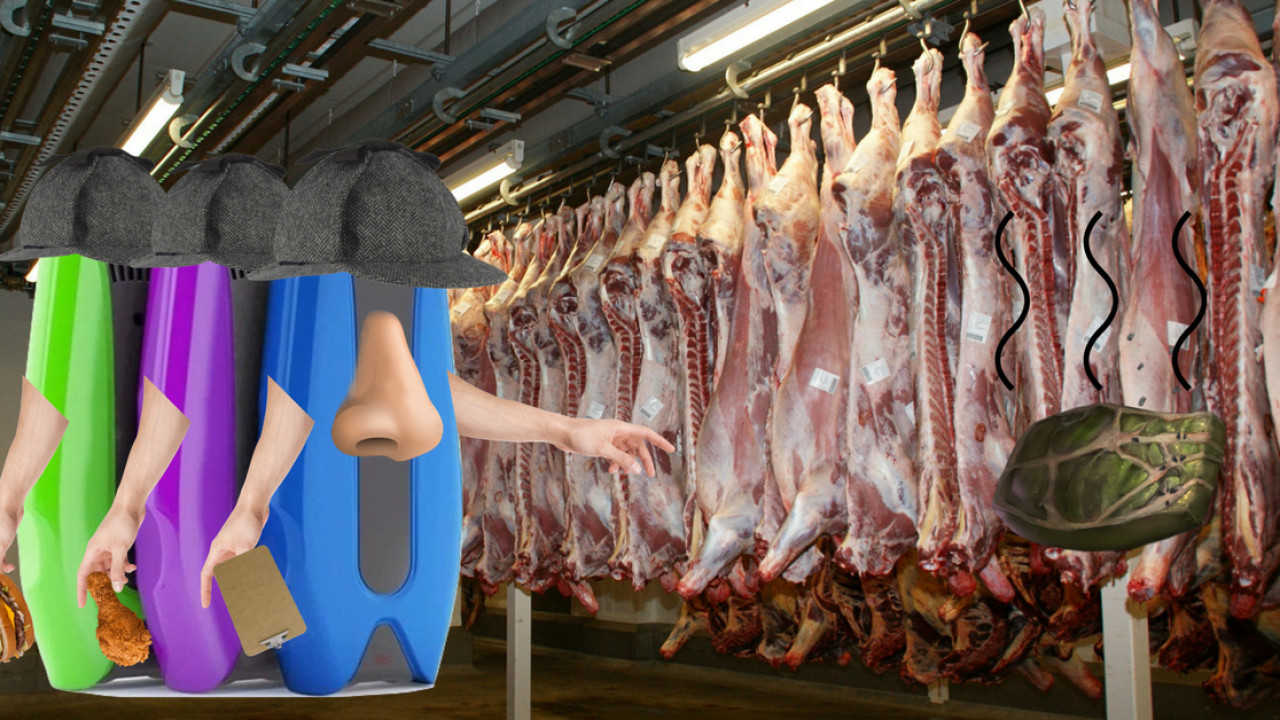 Being a researcher at China’s largest missile-maker sounds great. Rather than working on some terrifying new weapon, they’ve only gone and designed a meat sniffer.

Reported by China Daily, researchers at China Aerospace Science and Industry Corp (CASIC for short) have developed a nifty little gadget that lets individuals check the freshness of flesh.

“You open the device and an application on your mobile phone and then place the device very close to the meat for about 10 seconds,” Niu Ye, an engineer at the institute working on the product, told the China Daily.

Users should have no issues with this, as it sounds very similar to how lots of men use Snapchat and smartphones in general.

The meat sniffer – which can be used with almost every kind of animal tissue – works by detecting and measuring the bacteriological activity, doing so by analyzing the levels of ammonia and volatile organic compounds in the muscle mound. It then judges the meat’s freshness and displays this on the phone screen for the user to marvel over.

There’s an issue at the moment though: it’s only 80 to 90 percent accurate. This means that you have a 10 to 20 percent chance of having some long conversations with the toilet after using it. Still, Niu Ye says this will be improved in future versions of the hardware and app.

CASIC has big plans for the meat sniffer, with it looking towards mass-production. It’s the first device of its kind developed by Chinese engineers, although other products that do the same thing – like My Food Sniffer – already exist elsewhere in the world.

The nature of the China means that when the meat sniffer does go live, it will have access to a huge market that has less stringent food safety laws than Europe or the US, as well as a large rural population. This gives the product a greater relevance to the Chinese people than it would do in other parts of the world, so I doubt it will really take off in the EU.

So, would I let this gadget sniff my meat? I mean, I guess so, I just wouldn’t pay for the privilege.