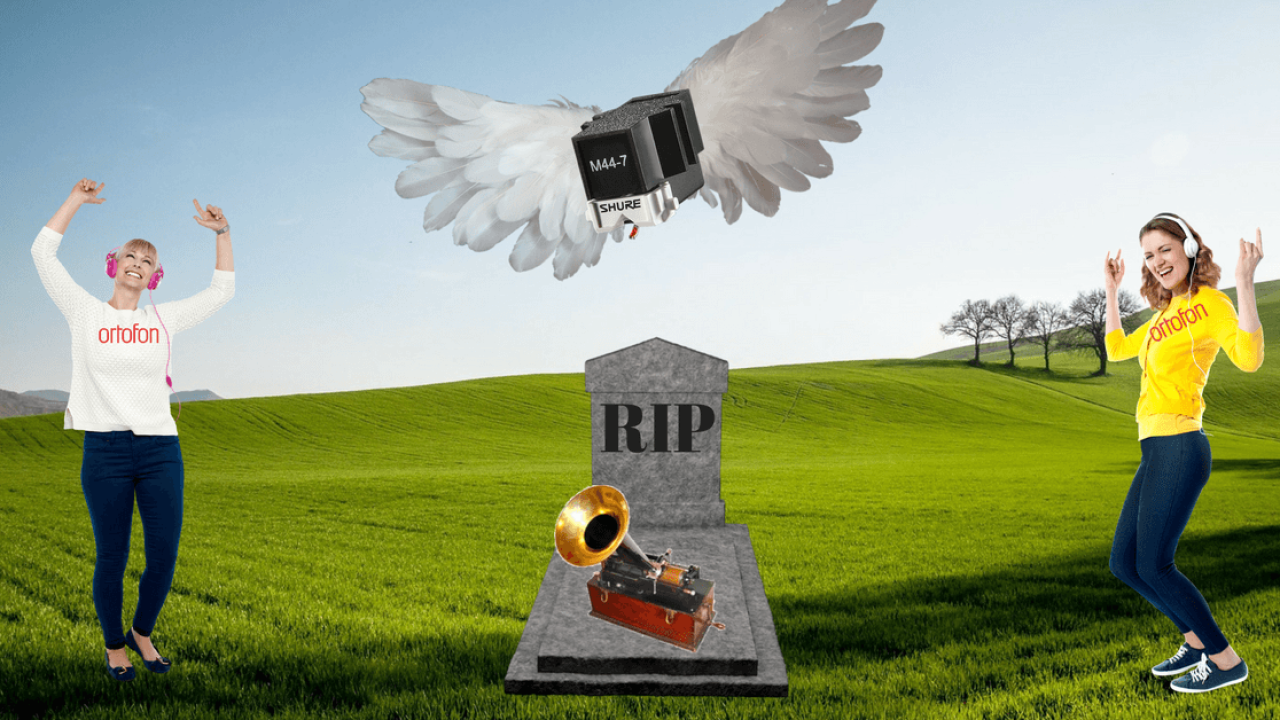 On the 1st May, Shure – a leading American audio company – shut down its phono division. Fundamentally, it’s no longer making cartridges (read: the part of turntables with the needle in).

I was surprised when I heard the news. In fact, it seemed counter-intuitive. Shure has been making cartridges since 1937 and produces one of the best ever all-round microphones with the SM58, so it has both heritage and prestige in the audio space – one would assume a winning combination.

A few years ago, discontinuing a phono division would’ve made sense. But, we’re currently living through a bizarre boom in the vinyl and turntable industry.

In the US, record player sales are still increasing (from 49k units in 2012 to 67k in 2017). While, in the UK, over 4m LPs were sold in 2017, a rise of 26.8 percent from 2016. Admittedly, these are still small figures in the overall music market – in the US, vinyl only constitutes 2.5 percent of total music consumption – but the demand is there. Surely now’s the time a company of Shure’s status should be thriving.

“Challenges in maintaining production equipment and a highly specialized supply chain have forced our decision to discontinue the Shure phono line,” Mark Brunner, VP Global Corporate & Government Relations at Shure, told me. Reading that over a few times, it amounts to one thing: money.

Brunner went onto say that, for the past 15 years, “Shure phono revenues have remained relatively stable despite fluctuations in the market for vinyl.” When you consider that 15 years ago was 2003 – the year that iTunes Store launched and that vinyl sales were close to their nadir – it appears that maybe Shure didn’t manage to get on the same gravy train as other manufacturers.

Ortofon, a Danish company, is one of those manufacturers. Its business has concentrated on selling to DJs, as well as partnering with companies like Pro-Ject to provide budget-audiophile turntables with cartridges like the OM-5E or 2M.

It refused to comment on this news, but you can be certain that these sort of deals have reaped the company rewards that Shure appear to have missed out on, especially when you consider that it is budget models driving a lot of the aforementioned new turntable sales.

So, if you’re a vinyl addict, should you care about Shure’s phono division’s demise? In all honesty, probably not. There’ll be a subsect of people that this news hits hard – Shure’s M44-7 is beloved by DJs for example – but there are a lot of competitors out there making brilliant cartridges. In fact, companies like Ortofon, Goldring, Rega, Audio Technica, Nagaoka, Roksan, and many more will be salivating at the thought of hoovering up Shure’s market share.

At the end of the day, Shure is a company trying to make money and, for whatever reason, its phono division didn’t do this well enough. Yet, when an organisation becomes connected with something you love – and, boy, do people love music – it becomes something more than a profit maker. It sure is sad to see Shure go, but in the grand scheme of things, it doesn’t really matter.