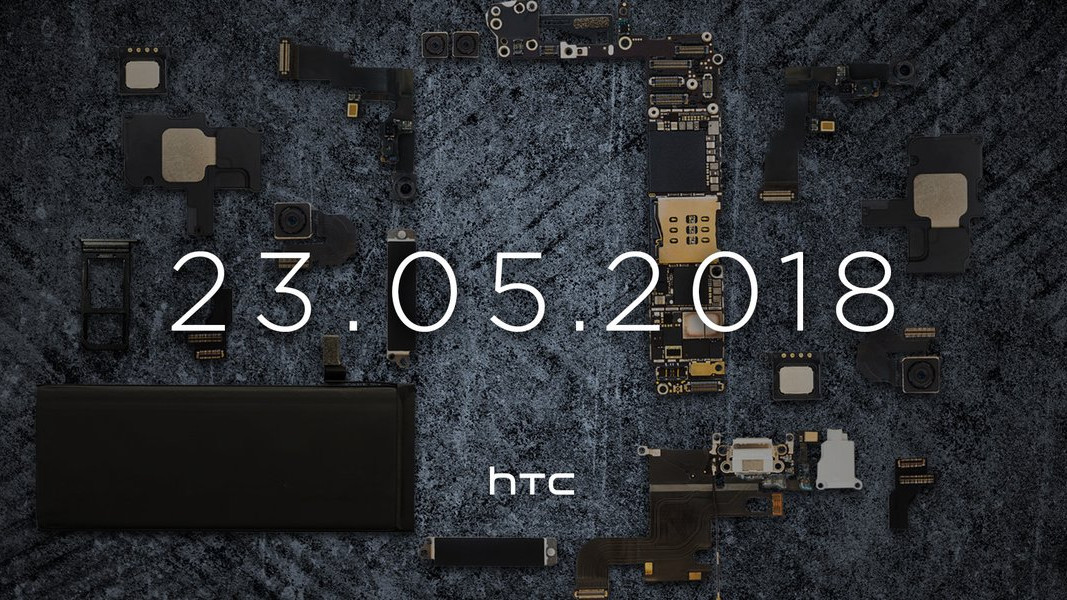 Taiwanese phone maker HTC is all set to reveal its next flagship handset on May 23.

We’re pretty certain it’ll be the U12+. Tipster Evan Blass gave us a look at the device back in March, with dual camera systems on the front and rear.

That’s in line with the teaser image in HTC’s tweet, which shows four little camera components, among other bits and bobs.

Blass also noted that the device’s launch date was being pushed from April to May owing to development issues. And given that HTC has been thinning its product portfolio lately, it’s possible that there may not be a lower-end U12 to complement this model.

Per his report, the U12+ will feature a 6-inch WQHD+ resolution display, dual 8-megapixel selfie cameras, and a 16-megapixel + 12-megapixel combo on the rear panel.

Under the hood is the latest Snapdragon 845 chip, along with 6GB RAM and your choice of 64GB or 128GB of internal storage. And as with its predecessor, the U12+ is expected to bring HTC’s Edge Sense tech that lets you perform contextually relevant actions in various apps by squeezing the device on either side.

From what we’ve seen so far, the U12+ doesn’t look quite as impressive as the U11+, which offered a beautiful translucent back that teased a view of its internal circuitry. However, if the word on the street about its specs is to be believed, it should be able to go up against the likes of LG’s new G7 ThinQ and the upcoming OnePlus 6. We’ll have to wait just a couple more weeks to find out.