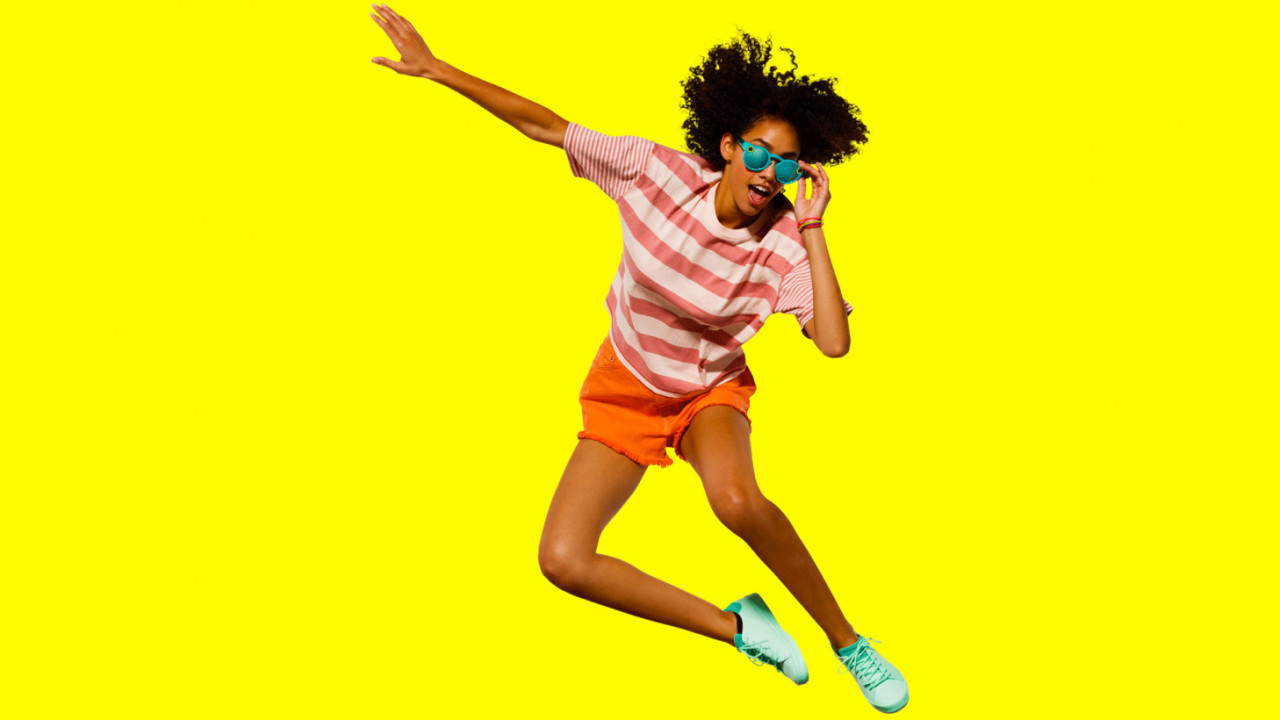 Earlier this month, we heard that Snap was working on a new pair of camera-equipped glasses to complement its ephemeral messaging app, Snapchat. We now know that they’ll land in the next couple of days.

That’s from a Wired story on the company’s new Snappables AR games, which have you use your face as a controller of sorts.

In one of them, you’ll need to train your front camera at yourself and keep raising your eyebrows in order to lift virtual weights quickly to earn a high score (a pair of AR stickers in the form of strong arms are overlaid on top of your eyebrows on-screen). These aren’t for me, but the people in the ad above sure seem to be enjoying themselves.

Snap alluded to some connection between the upcoming hardware and augmented reality experiences, but it isn’t clear exactly how that will play out.

While Variety noted that Spectacles v2.0 will most likely be an iterative update with a dual camera and GPS, Snap CEO Evan Spiegel talked about a strategy for advancing AR for users by developing hardware and software independent of each other:

We decouple them so that they’re all allowed to develop on their own until they come together.

Over the next decade or so, the way that these pieces fit together will probably be what defines our company.

Spiegel added that, in working this way, “we can still move forward at a really fast pace empowering very advanced augmented reality products within Snapchat.”

That doesn’t tell us very much about what Snap has in mind for the next version of Spectacles; the company’s AR filters and games are designed for you to play with on a phone with a selfie camera, and cameras on glasses will capture what’s in front of you and in your field of vision. ¯\_(ツ)_/¯

Thankfully, we won’t have to wait long to find out what Spiegel & Co. have planned.