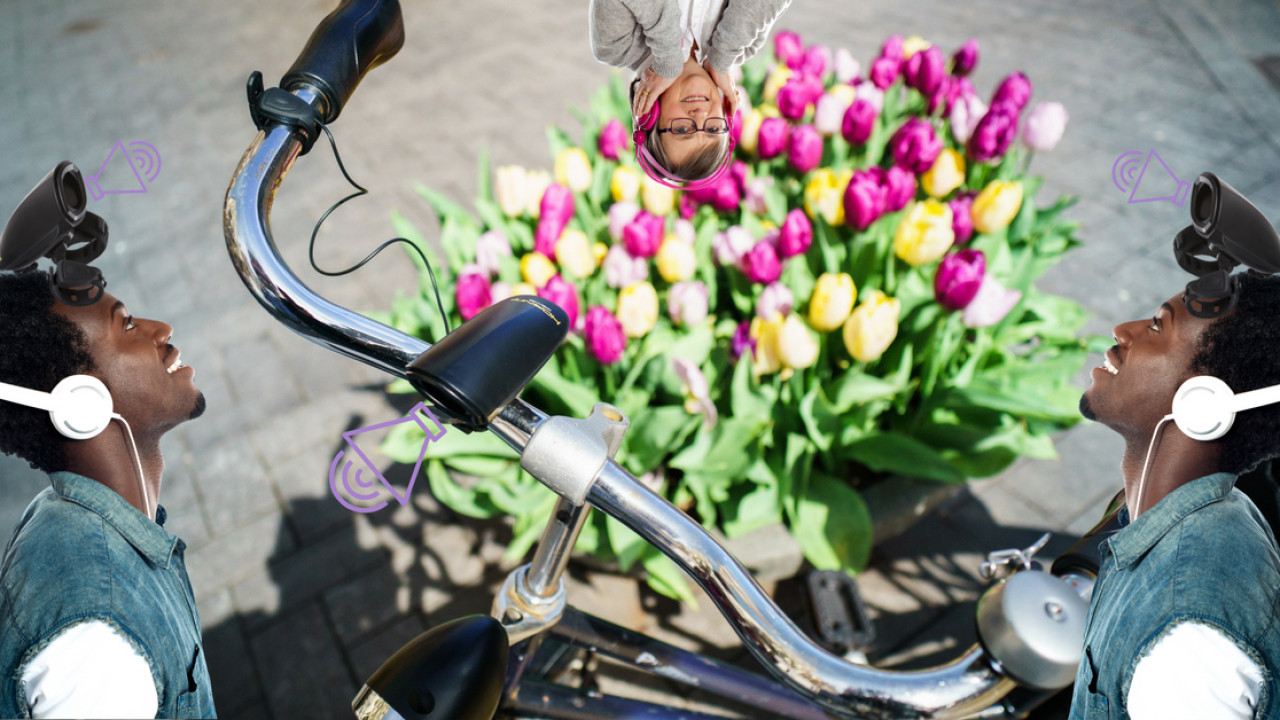 Ah, Amsterdam in spring. The sunshine glitters across the canals, the streetside bars bustle, and tourists trample all over the cycle lanes.

Since its invention by John Richard Dedicoat in the late 1800s, the bicycle bell has been two-wheeler’s solution to pedestrians on paths, but surely in this modern era we have something better?

Kicking out 140 decibels of screeching noise, the Hornit dB140 is described as the “loudest cycle horn on the market.” To put that into context, 130 decibels is equivalent to a military jet taking off and 150 decibels is loud enough to rupture eardrums.

To see how effective this is at getting tourists off cycle lanes (and, of course, giving them a scare), we did the only appropriate thing: stuck it onto a bike, grabbed a camera, and shot off to some of Amsterdam’s visitor hotspots.

The first port of call was Dam Square – the historical center of the city.

Not quite the reaction we were expected. What about other pedestrians?

Yep – that gentleman just honked back at me.

Maybe the types of tourists around Dam Square aren’t easily scared. We headed down to the Rijksmuseum – the Netherlands’ national art gallery – to find a gentler, more sensitive traveler. Unfortunately, we were quickly asked to vacate from the area by a very large, very angry busker.

Next, and just round the corner, was the Leidseplein. Famed for its square filled with British and Irish Pubs to accommodate visitors from Britain and Ireland looking to escape the mundanities of home. How would this boozy crowd react to the Hornit?

Logically, we had to go to Amsterdam’s most famous area: the canal belt and Jordaan. We spotted a just-married couple having their wedding photoshoot on the road – they’d surely be shocked by the din.

This general apathy to the racket was repeated across the city, as these two unimpressed reactions show:

The Hornit is loud. Painfully so. After a couple of hours of honking I feel it in my ears. You’d think this would be enough to scare people off cycle paths, but the public reacted in the same way they do with normal bells: indifferently.

Maybe if your cycle route includes busy roads or is in a less bicycle-friendly country (such as the UK, where this product was designed) the ear-piercing volume of the Hornit will attract the attention of vehicles. But in Amsterdam? For your hearing’s sake, I’d stick to the bell.

If you have the urge to make some noise and perforate some eardrums, you can buy the Hornit here.