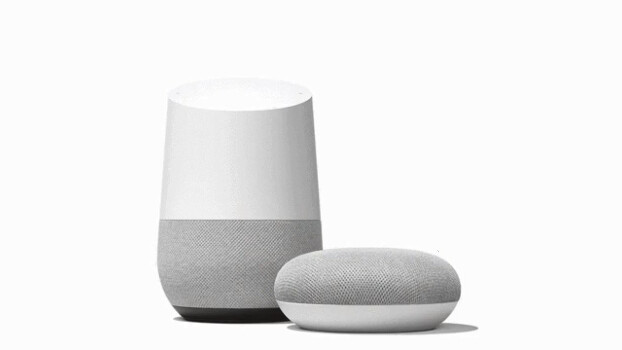 Roughly a year and a half since their launch, Google’s Assistant-powered Home and Home Mini smart speakers have finally made their way to India.

The voice-activated speakers, which can play music, answer questions, and control your connected home gadgets, works with Indian accents; it offers content from a range of local sources and publishers, including Times of India, NDTV, Dainik Bhaskar, India Today, and Aaj Tak. The company says that Hindi support for Assistant is coming soon.

Google is also sweetening the deal for customers in India by bundling a JioFi router from Reliance’s mobile carrier; both speakers also come with a free six-month subscription to Google Play Music.

With that, Google is set to rival Amazon in India, which offers a range of Echo speakers powered by its Alexa assistant. The ecommerce giant has worked hard to customize Alexa’s voice and enhance its ability to recognize Indian accents and phrasing, as well as offering streaming music, and roping in scores of developers to build Skills that enable various functions from third parties, including ordering food through Zomato, and querying Byju’s online learning service for science facts.

Google’s offerings are priced about the same as Amazon’s in India: the diminutive Home Mini will set you back by Rs. 4,499 ($70), while the Home costs. Rs. 9,999 ($153). They’ll go on sale on Flipkart, as well as brick-and-mortar electronics retailers like Croma, Vijay Sales, and Sangeetha.

It isn’t clear if Google’s speakers in India allow for broadcasting messages across all of them in your house, and if they’ll let you make calls like the ones in the US do; we’ve written to ask and will update this post if there’s a response.

Find the Google Home on Flipkart here; the site also has the Google Mini in Chalk and Charcoal (a Coral option is coming soon).