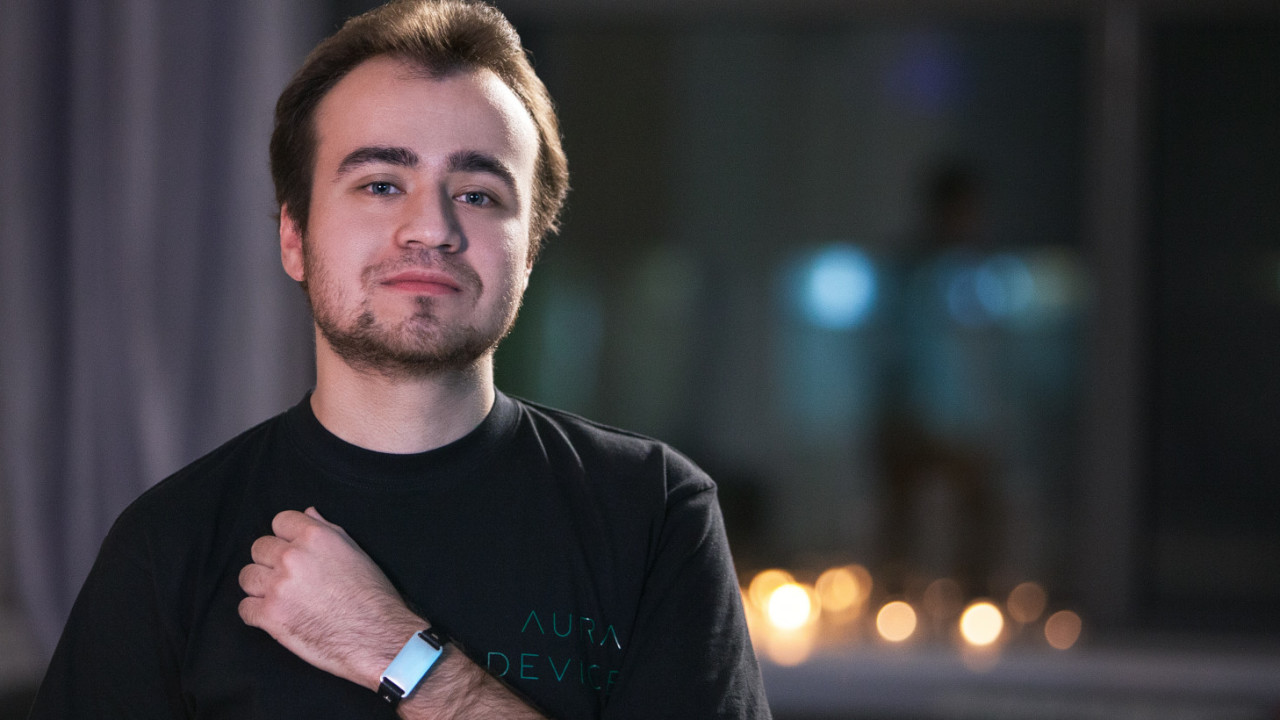 From big names like Fitbit, to smaller outfits like Huami’s Amazfit, there’s no shortage of companies offering wearable devices that promise to track movement and activity. One interesting take on this familiar paradigm is the AURA Band, which is currently in the middle of a crowdfunding campaign.

The AURA Band focuses on real-time information about activity and your body’s state, allowing you to make actionable decisions about your health.

The tool combines an activity tracker and a heart-rate monitor (standard fare on any fitness band worth its salt) with something it calls “bioimpedance analysis,” which allows the user to take a closer, more granular look at their body.

To activate this bioimpedence analysis, the app asks you to create a loop with their arms. The AURA Band then passes through a low-voltage current through your body, from which it takes an “active and reactive measurement” of the resistance in your tissues.

According to the makers, the AURA Band uses this analysis, in conjunction with the other two sensors to track your body throughout the course of a day, focusing on four key areas: hydration, fat, muscle mass, and minerals. The idea is that you can use this information to make better health decisions.

This information is then passed to users via a dedicated app, available on Android and iOS, which are integrated with Google Fit and Healthkit respectively.

Another interesting spin on the fitness tracker model found in the AURA Band is how it uses the data it gathers. The company plans to offer the most active users “AURA Coins,” which can then be redeemed with the company’s eventual partners. These will include insurance companies, sports centers, and more.

The AURA Band is currently in the crowdfunding stage, and at the time of writing is within a hair’s-width of its £28,394 goal on Kickstarter. If you want to back the project and pick up a band in the process, you’ll have to spend a modest $99. For contrast, the Fitbit Charge 2 goes for $149 on Amazon.

And to wrap up, the obligatory throat-clearing: It goes without saying that crowdfunding campaigns have a potential to go wrong (and many do). Backing a product is no guarantee that you’ll actually get it.