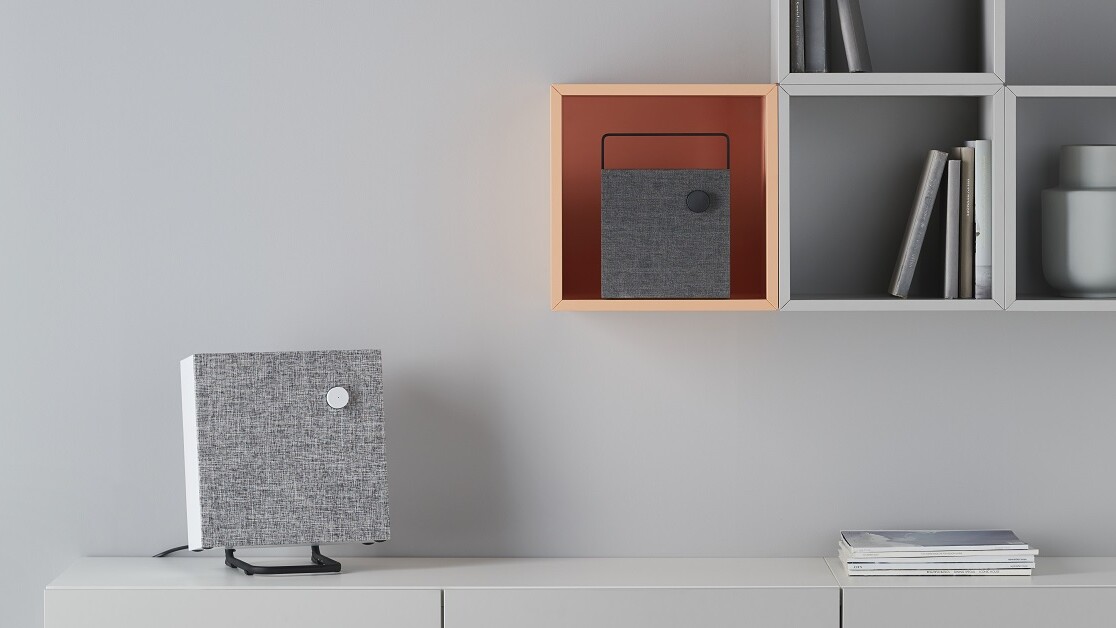 IKEA continues its steps into the world of smart home devices with the release of two Bluetooth smart speakers called Eneby.

The Eneby come in two square sizes: 8″ and 12″, with each being available in black and white (the latter of which looks more like heather gray with the color of the fabric front). The 8″ model comes with a carrying handle. On both models, you can remove the fabric panel if it doesn’t work with your decorating. Aesthetically, the two fit in perfectly with the rest of IKEA’s comforting minimalism.

Functionally, the device only has one knob, which can be used to adjust the volume. The company website says the device can pair with up to 8 devices.

The smaller of the two models appears to be designed with portability in mind, given that it comes with a handle. IKEA is also selling a portable battery pack which allegedly keeps the Eneby running for 8-10 hours.

It’s not the first tech product IKEA has offered recently. The Swedish furniture juggernaut began offering smart home lighting last year, and also has a range of wireless chargers, including one built into a desk lamp. Still, this marks the company’s first foray into audio.

The smaller Eneby will retail for $49, the same price as an Amazon Echo Dot or a Google Home Mini — it remains to be seen if they’ll be able to compete with either of those in terms of sound or functionality. The larger Eneby costs $89. The two already have their own pages on IKEA’s website, though they aren’t yet available for purchase.