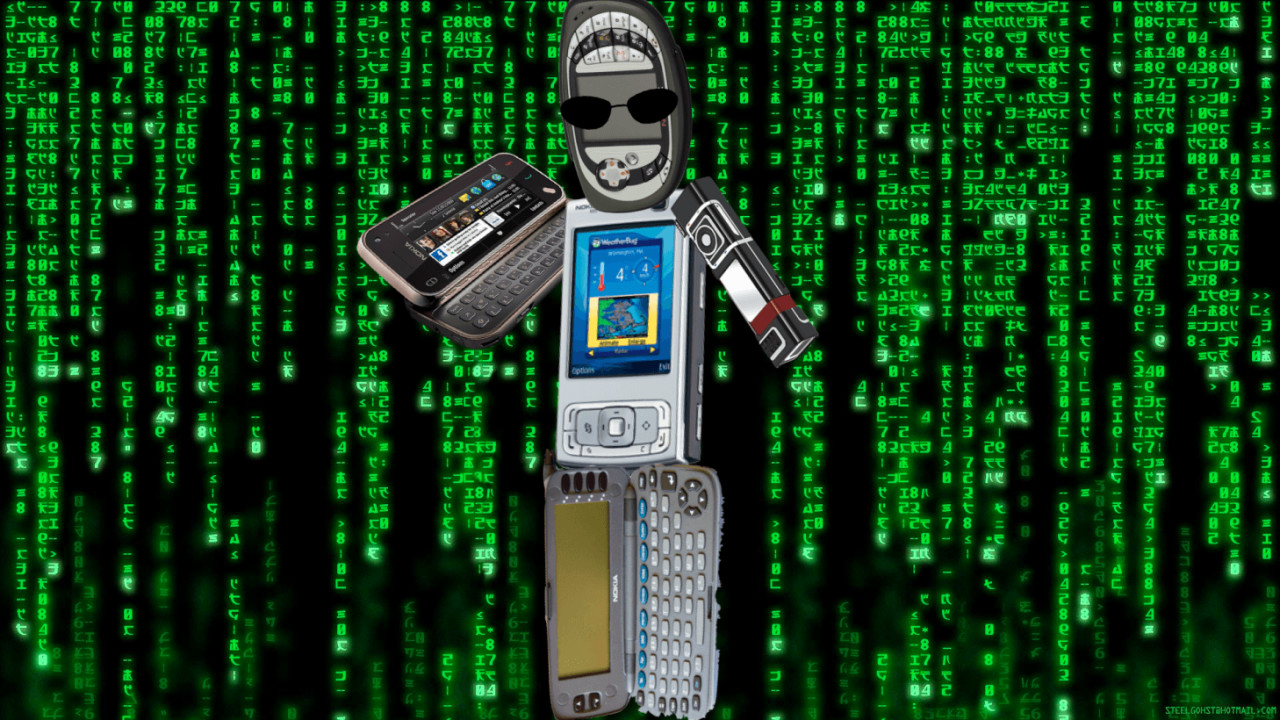 Nokia licensor HMD has captured the attention of the phone-buying public by offering remakes of classic phones from the Finnish giant’s past. It started by refreshing the iconic (and indestructable) Nokia 3310 with a new colorful and capable version. Now, it’s the turn of the Nokia 8110, which is best known as the slider phone used by Neo in The Matrix.

Nokia’s history is an almost bottomless well of handset brilliance. Its history prior to 2010 is of releasing iconic and intriguing phones. Some were roaring successes that ultimately defined the entire industry. Others, although undeniably ambitious, fell flat on their faces.

So, what else could Nokia (sorry, HMD Global) revive? We’ve got a few ideas.

Launched in 1996, the Nokia 9000 Communicator was a fascinating phone. At first glance, it looked like a bog-standard “brick” phone. It was clad in grey, had big chunky buttons, and a postage stamp-sized LCD to see who’s calling. It wouldn’t look out of place in the hand of someone working in finance.

However, it held a secret. Crack it open from its side, and you get access to a larger screen, and a miniature QWERTY keyboard.

This was no dumb phone. It came with a small array of applications, including a web browser, a notepad and calendar, and the ability to send faxes (which was vital in 1996, I’m sure). Watching this commercial, it feels like an immediate ancestor to today’s smartphones. It also feels as though Nokia aimed the 9000 Communicator squarely at the “odious city trader” market.

At the time, the Nokia 9000 Communicator was a hard sell to ordinary punters. You’d most likely find this in the pocket of a high-flying Gordon Gecko than anyone else. That’s because it came with a steep price tag, and retailed at $800. Adjusted for inflation, that’s nearly $1,250 in today’s money, or just slightly more than the base iPhone X.

So, what would the Nokia 9000 Communicator look like today? Well, you could expect a bigger, higher-resolution screen. It’d be able to do more, both in terms of sheer computation, but also as it’d have access to a wealth of third-party apps.

Personally, I’m not too fussed about what it could do, or the specs. I just desperately want to see the return of a form-factor that has largely died out. As someone who prefers physical keyboards over virtual ones, there’s an undeniable appeal in being able to open (and use) a phone like a laptop.

Fortunately, there’s some good news on that front. Remember Psion? In the 1990’s, the iconic British tech company offered a line of PDAs that looked and worked much like the Nokia 9000 Communicator, albeit without the phone element.

Now, they’re coming back. The Gemini from Planet Computers is a modernized remake of the Psion Series 5, runs Android and Linux, and supports 4G data and voice calls. Gemini has successfully completed a run on Indiegogo, and should make its way to backers soon.

Given the phone landscape has moved on, this is unlikely to achieve mass-market success. The Gemini caters to a small niche.  But for those who want a more productivity-focused device, it’s certainly nice to have options, especially if HMD doesn’t revive the Nokia 9000 Communicator.

When you think about it, the Nokia N95 was a triumph of timing. It arrived in March 2007, right before smartphones became ubiquitous. It offered many of the must-haves offered by smartphones, including GPS navigation and a 5MP camera, but in the body of the then-familiar feature phone.

It was a roaring success. Within one year, Nokia sold seven million handsets, including one million in the UK. It also had an impressive staying-power. Nokia discontinued the N95 after three years on the market. That’s pretty remarkable when you consider the short shelf-life of today’s phones.

But it was also flawed. The N95 was slow. Symbian, compared to Android and iOS, was a clunky mess. Build quality was an issue. And at a time when people were joining Facebook and Twitter en-masse, old-school T9 keyboards simply weren’t cutting it, especially compared to the sleek keyboards found on Apple and Blackberry phones.

I wonder what the N95 would look like, if remade for 2018’s audience. Personally, I’m thinking of a feature phone with a kick-ass camera. Hardware media buttons would be nice too, especially if there’s a Spotify (or equivalent streaming service) app to accompany them.

Broadly speaking, I feel as though there’s a small market of people who want first-class phone experiences, but don’t really want to carry a smartphone. A revamped N95 would cater to this market. But the question remains if this market is big enough to justify a revival.

Probably not. But it’s nice to imagine “what if,” right?

Oh, the Nokia N97. What a pity this intriguing handset missed the mark.

Nokia released the N97 two years after the N95. It offered a full (resistive) touchscreen, alongside a slide-out QWERTY keyboard. Users got the best of both worlds from this handset, which felt like an answer to the HTC Dream (G1) android flagship.

Its strongest features were its battery life, storage space, and camera, but it struggled in other more crucial departments. The Symbian OS was a confusing mess, and the keyboard wasn’t nearly as pleasant to type on as BlackBerry’s phones.

Sales were solid, but reviews were damning. The most memorable review of the N97 came from Gizmodo’s Matt Buchanan, not least because its title flatly declared “Nokia N97 Review: Nokia Is Doomed.” Other reviews were similarly unkind.

I know I’m a minority, but I do love the hybrid touch-type form factor, and I wonder how the N97 would have performed if it came with less dreadful software, and more capable hardware.

With HMD willing to revive Nokia’s more unusual phones (I mean, the 8110 is shaped like a banana and is best known from The Matrix), maybe it’s worth giving this beleaguered blower another chance?

The Nokia N-Gage was a pioneering phone. At a time when people were commonly carrying both a mobile and a hand-held console (like the GameBoy Advance, Nintendo DS, or PlayStation Portable), Nokia decided to combine the two into one pocketable device.

Nokia released the short-lived N-Gage in 2003, and over its short life, managed to shift 3 million units. Along the way, it managed to attract some big-name developers, who launched mobile versions of existing console franchises.

The Nokia N-Gage amassed a decent catalog of titles, with games like Splinter Cell: Chaos Theory, Tony Hawk’s Pro Skater, Red Faction, Rayman 3, and Call of Duty. But it wasn’t enough, and the N-Gage was a commercial failure.

That’s partly because of the stiff, entrenched competition. Nokia wasn’t the only company to take on Sony and Nintendo at the time. There was the ill-fated Gizmondo, which crashed and burned after selling only 25,000 units (although there were other issues at play here).

But also, the hardware was a bit naff. The N-Gage was an ugly looking phone, and suffered from several usability woes. Changing games was an ordeal that practically required the user to have a degree in mechanical engineering, and to make a call, you had to hold the phone awkwardly.

What if HMD made another gaming phone under the memorable N-Gage marque? Perhaps with built-in hardware controls that gracefully slide away when not in use?

There are some great games on Android, but I’m yet to see an incredible gaming phone. Perhaps a future N-Gage is that phone?

If HMD is willing to revive a phone from the Matrix, why not a handset best remembered from The Pussycat Dolls’ Beep (staring legendary tech iconoclast will.i.am)?

Unashamed product placement aside, the Nokia 7280 was an intriguing handset. It was a so-called “lipstick phone,” simply because it roughly matches the same profile and dimensions as a tube of lipstick. Unlike other phones, it didn’t have a keyboard. It instead used a iPod-esque clickwheel.

To access the camera, you needed to slide one part of the phone out. And when not in use, the screen transformed into a mirror.

The Nokia 7280 was a fashion statement first, and a phone second. It’s probably not the most usable phone ever, but people often willingly suffer for the sake of fashion.

I never owned the Nokia 7280, nor was I (at the time, a high school student) part of its target audience, but I grudgingly respected the fact that Nokia was willing to experiment with something decidedly left-field and try something new.

So, what would a Nokia 7280 look like in 2018? I’d assume it’d lean heavily on voice controls. Perhaps it’d include gesture recognition too?

Overall, I’d love to see how a tech company (cough HMD cough) would approach designing a minuscule phone. One that lacks the most basic input devices. I bet it’d be really interesting.

With a storied company like Nokia, where do you start? Nokia confidently made its mark over several decades. At one point, Nokia was the leading phone manufacturer, setting the tone for an entire growth industry. Looking back, there’s so much stuff to admire, even if it wasn’t exactly appreciated at the time.

And I know that by the phones I left out, simply because I ran out of time and word-count. My colleague Abhimanyu wanted me to mention the legendary Nokia N8 (with its weird camera), and the chunky yet quirky Nokia 6600.

So, over to you. What retro Nokia handsets do you want to see reborn? Tweet me here and let me know.

Exploiting feelings of nostalgia is one way to design pretty products, but our Design Thinking track at TNW Conference 2018 offers more. Find out about our flagship Amsterdam event here.