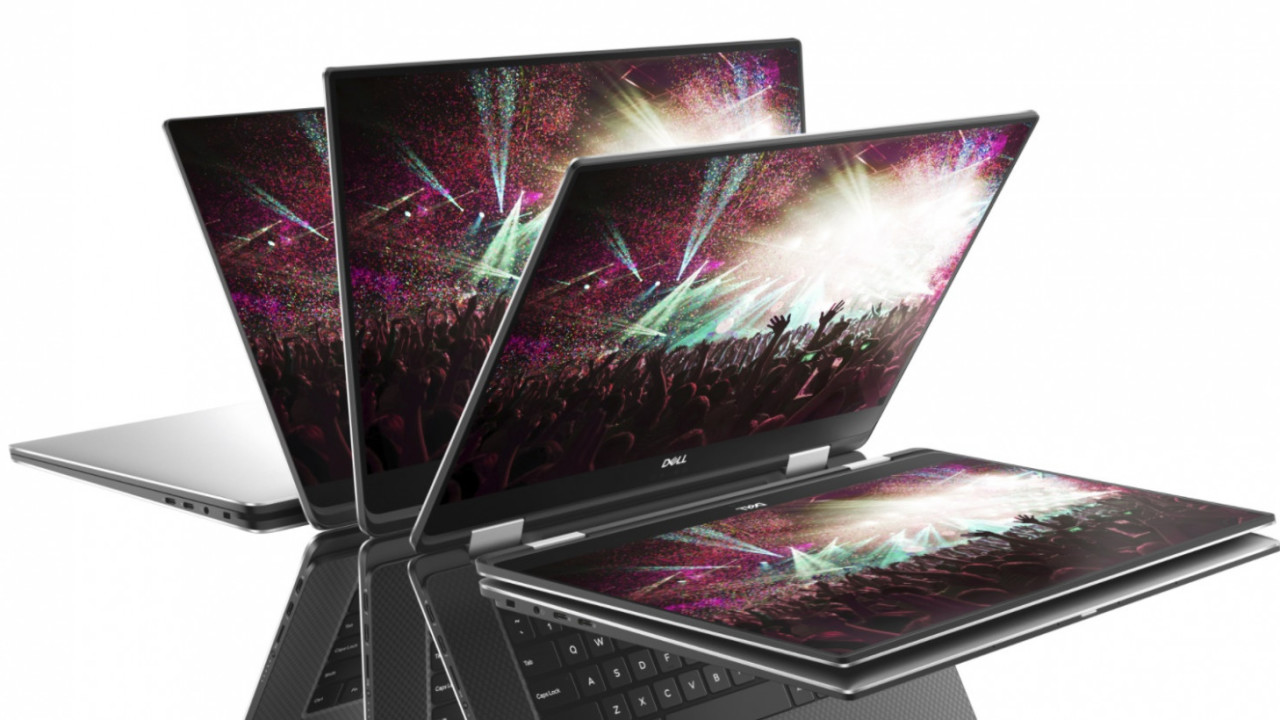 Yup, it’s a 15-inch laptop with a 360-degree hinge. While it’s not the first of its kind, it’s definitely one of the most powerful. The laptop uses Intel’s new Kaby Lake G chips, which are the result of a surprising partnership with AMD announced back in November. In short, the chipset pairs Intel’s 8th gen, 4-core processor with a Radeon Vega M GL.

Although Dell didn’t provide exact performance metrics, a representative told me the company is expecting performance to surpass the Nvidia 1050 currently in the non-convertible XPS 15. Notably, it does this while being thinner and lighter than the standard model; you can thank the combination chipset for that.

Like the new XPS 13, the 15-inch model is going all in on USB-C and Thunderbolt 3, with your only other ports being a headphone jack and micro SD card slot. Those Thunderbolt 3 ports have a full four PCI-E lanes, by the way, so you can use Thunderbolt 3’s full bandwidth.

One more thing though: the XPS 15 uses a maglev keyboard. It’s just what it sounds like; instead of a traditional scissor or butterfly switch, the keys are literally pushed back by magnets. The idea is to provide a clickier, more responsive typing experience with the new thin design.

In a very brief test, it felt a lot like the butterfly switches on Apple’s new MacBooks, but perhaps with a bit more travel. It’s certainly clickier than the previous XPS 15’s keyboard, and in my opinion an overall improvement.

Of course, not everyone needs a 15-inch convertible, but a flipping hinge can come in handy when watching movies to move the screen closer to your eyes or eliminate the distraction of the keyboard. The screen is also compatible with Dell’s new Active Pen, which now supports tilt and 4096 pressure levels.

Dell isn’t providing an exact release date for the XPS 15 2-in-1, but it should launch sometime in the spring of this year.