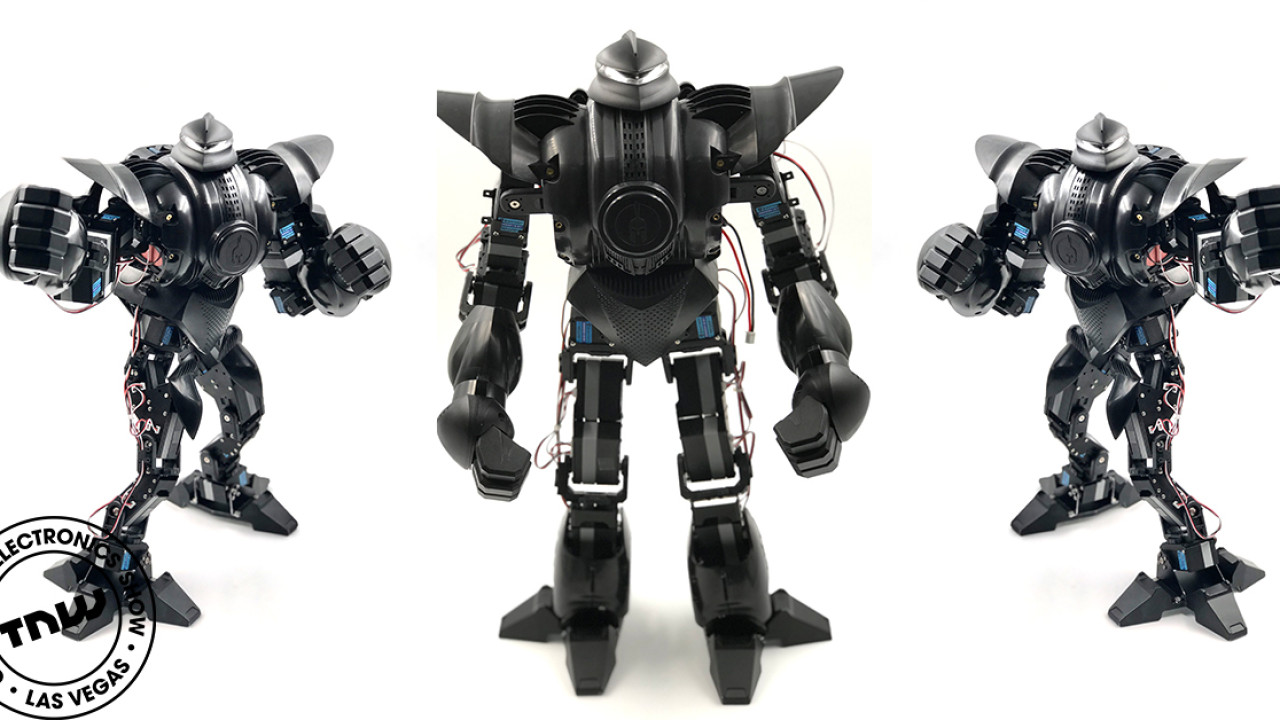 Zeus is a 35.5cm (14 in) tall mechanical pugilist weighing in at a trim 2.2kg (4.8 lbs). Designed for robot fighting enthusiasts, it features 22 metal-geared servo motors. It’s fully articulated, customizable, and capable of generating 25Kkg (55lbs) of force in a single punch. According to Jun Ye, CEO of Pilot Labs:

The 25Kg per servo motor punch makes this the most competitive fighter robot in the world. If my hand takes Zeus’ punch it really hurts. Zeus might even be too strong for most of the robot competition right now! 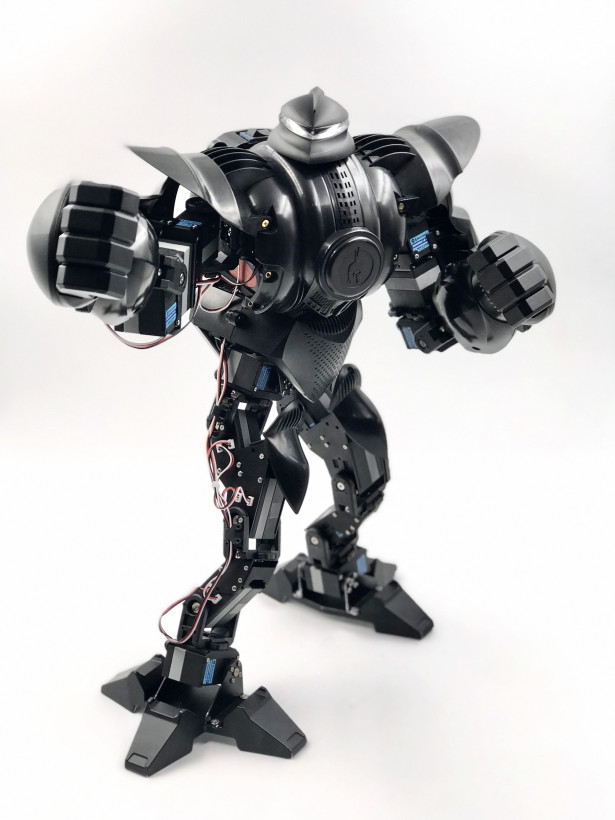 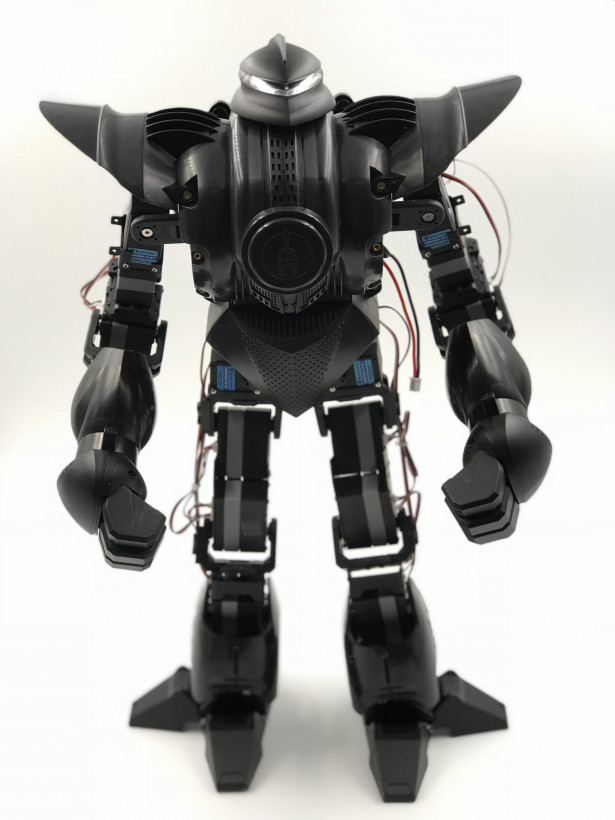 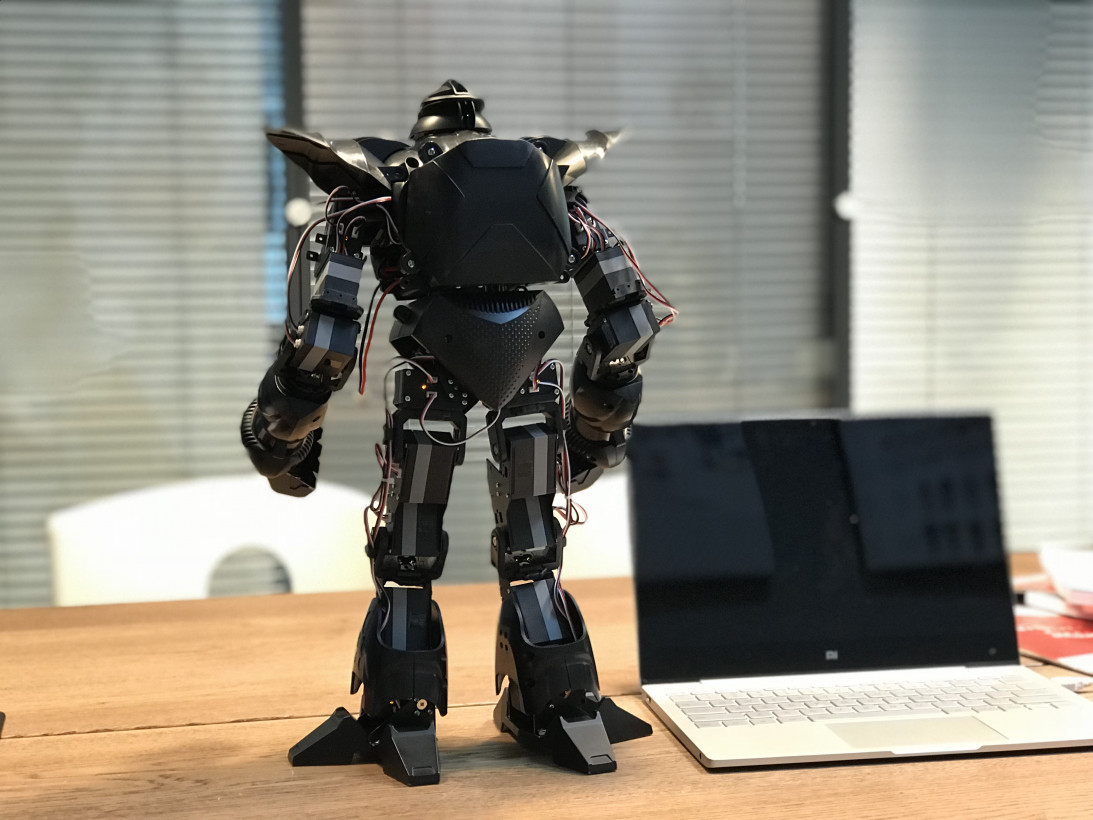 Future editions of Zeus will ship with voice-control, which means pilots may be able to eschew controllers and simply shout out commands like “Zeus, execute dance-fight routine number seven!” Or, you know, something cool.

Purchasers of the Zeus will even get design specifications that will allow them to create and print their own 3D armor.

There’s no word yet on an exact release date, but Pilot Labs is showing off Zeus at CES 2018.

As far as pricing goes, the company says: “Designed for serious gamers and robot fighting enthusiasts, the retail price for the 14Kg punch force version will be about $1600 USD.”

You can get more information at the Moorebot website here.