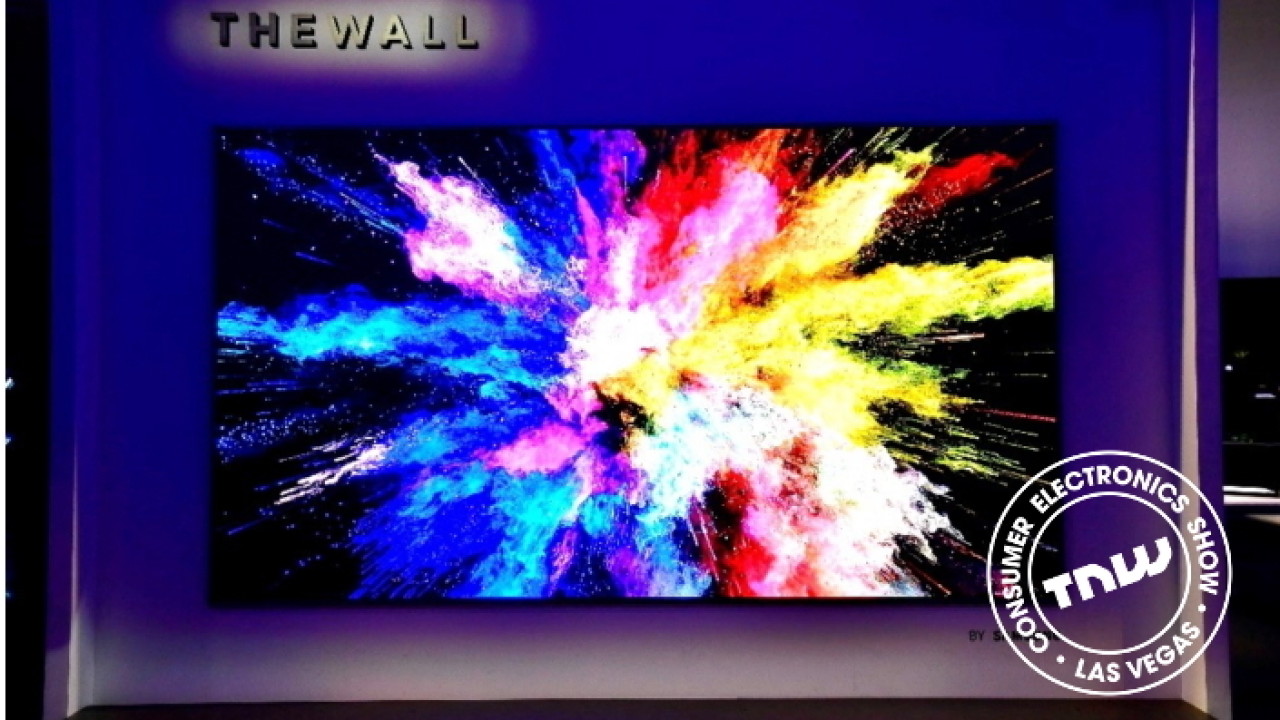 The Wall isn’t just another big-screen TV. For starters, the underlying display technology is a vastly different from what you’d get at Best Buy. It’s the first consumer TV to use MicroLED, rather than the more conventional LED, plasma or OLED technologies.

So, what makes MicroLED special? The pixel LED modules in a MicroLED display provide their own light source, so there’s no need for a separate backlight, or for color filters. For punters, this means a brighter screen, darker blacks, more realistic colors and less unwanted light leakage. In short, a much more vividly visceral TV experience.

Samsung has designed The Wall with modularity in mind. By this, the South Korean giant means that it’s possible for cashed-up punters to arrange several displays to create one ultra-massive TV. The Wall has no bezels to speak of, so it all fits together seamlessly.

“Screens should not be limited by size or space. Instead, they should be able to blend into any home,” said JH Han, President of Visual Display Business at Samsung Electronics, in a statement.

Right now, The Wall is just a concept, albeit one Samsung is committed to for the long-haul. The company has plans to bring it to consumers, and  promises a global launch later this spring. Suffice to say, we’re pretty stoked.