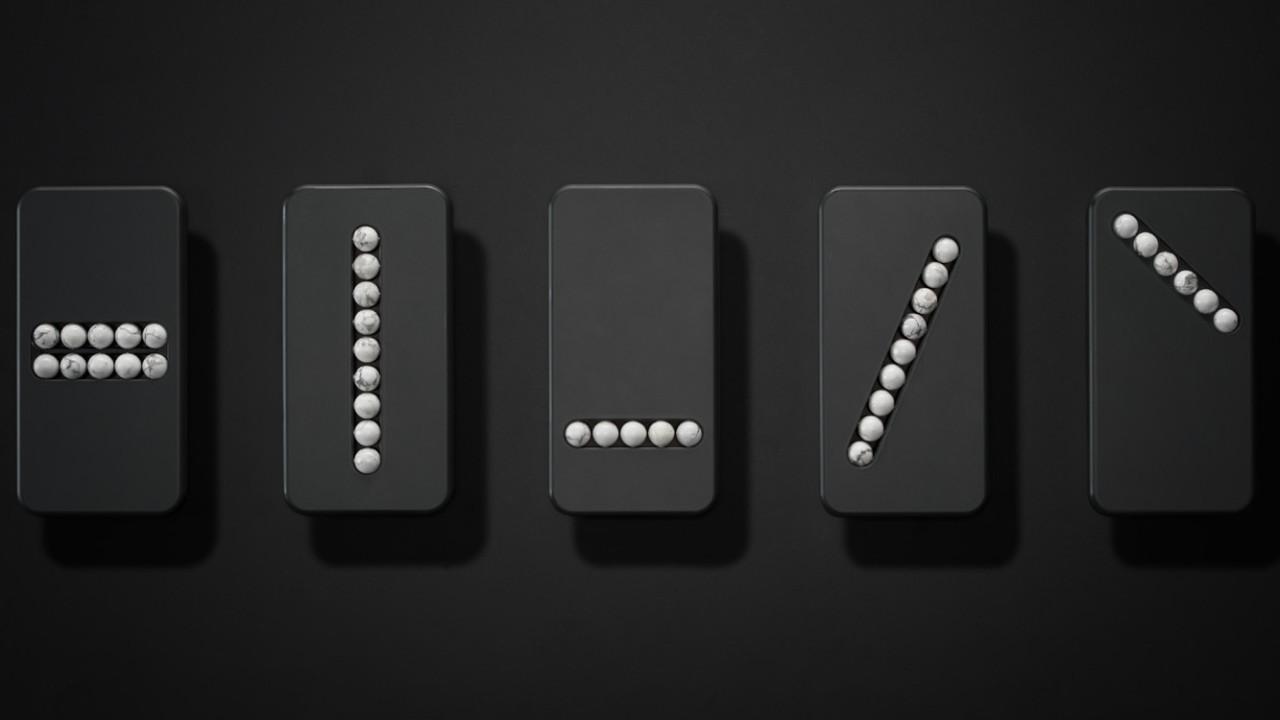 I’ve written before about my crippling screen addiction: it’s got to the point where reaching for my phone has become something of a reflex motion whenever I’m fidgety, anxious or even rudely awoken in the middle of the night.

Vienna, Austria-based product designer Klemens Schillinger has a wacky idea that might help curb my constant need to fiddle with my phone. His Substitute Phone features no silicon circuit boards, no Gorilla Glass protecting an LCD display, and no electronics whatsoever.

Instead, it’s a piece of plastic that’s fashioned into the shape of a smartphone (mimicking even the weight of a mobile device, thanks to the use of a heavy kind of plastic called acetal), with a series of marble-like Howlith stone beads inset in it.

The idea is to allow you to perform finger movements on the beads, similar to those you use for various functions on your phone – swiping vertically and horizontally, and pinching to zoom in or out, for example. That should keep you from missing out on the physical sensation of toying with your phone, while weaning you off of the habit of checking your device for notifications and new items in your feeds.

Given my situation, I’ll try anything at this point. Schillinger has designed five such ‘phones’, and the project was showcased at Vienna Design Week’s #Offline – Design for the (Good Old) Real World exhibit earlier this year. He will hopefully make them available on his site soon.