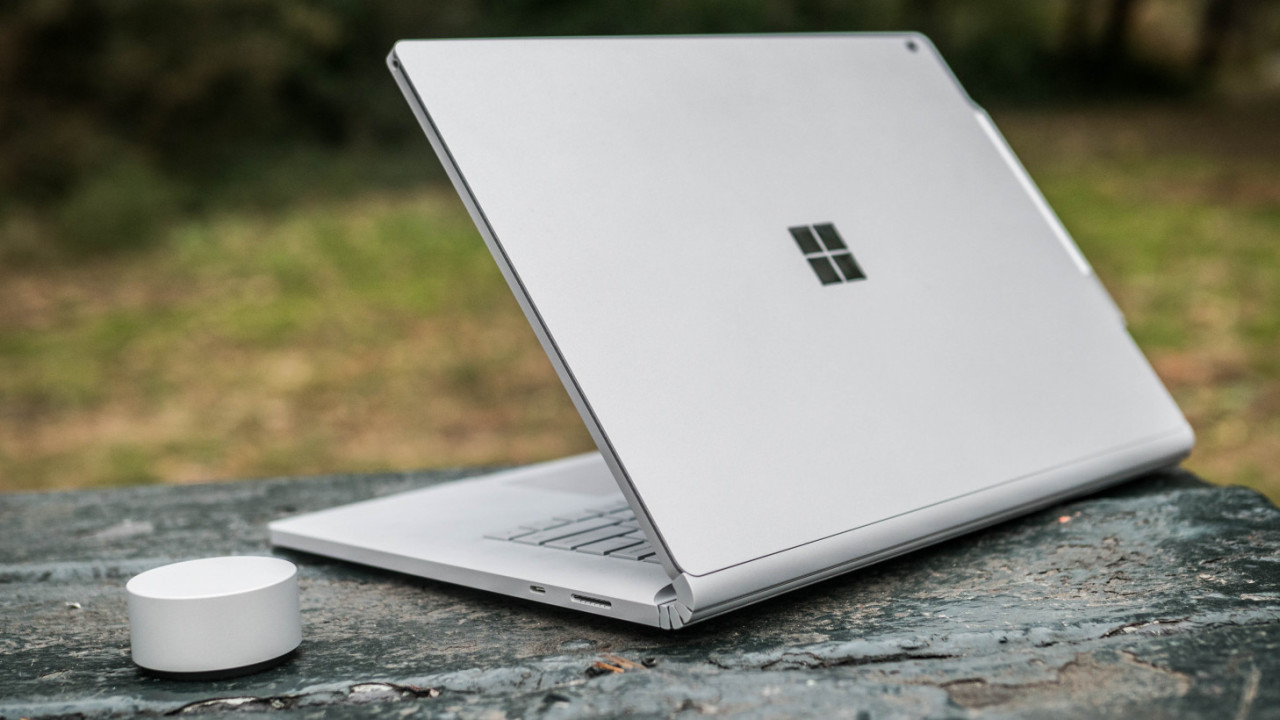 There’s no laptop quite like the Surface Book. Though it was far from the first laptop that could turn into a tablet and had its fair share of flaws, its combination of light weight, detachable screen, dedicated graphics, and good battery life was pretty much unheard of. It was a strong showing for Microsoft’s first-ever laptop. But now that the actual Surface Laptop exists, how does Microsoft differentiate the Surface Book 2?

Well, by making it much more powerful, of course.

I’ve been testing the 15-inch Surface Book 2 for about a week, and it takes everything about the original model and cranks it up notch – including the price. The 13.5-inch model starts at $1,999 if you want dedicated graphics, while the 15-inch starts at a whopping $2,500. If the original’s design and detachable screen didn’t interest you, the new models aren’t likely to change your mind. The large leaps in performance and battery life, however,  just might.

Design-wise, the tweaks are subtle. The keyboard is a little more responsive (and it was already excellent) and Microsoft has made the wise choice to actually include buttons for screen brightness in the function row. Meanwhile, the dynamic fulcrum hinge is noticeably less wobbly, and the laptop is less top-heavy, so it’s less likely to fall over backwards when it’s sitting awkwardly on your lap.

Oh and yeah, there’s a USB-C port now, and it supports charging – hoorah! It’s not Thunderbolt 3 unfortunately, but hey, it’s something.

After using the original Surface Book for so long, I was surprised by how little the 15-inch model’s larger size bothered me. But I suppose that makes some sense; despite being fairly light weight, the original Surface Book’s open hinge design meant it was never a particularly compact laptop anyway. The design is more about the weight-to-power ratio than size.

If you stick to the larger screen, you’ll be greeted with a generous, gorgeous display. Microsoft’s tuned the display to cover all of the sRGB color space accurately, but the screen defaults to an ‘Enhanced’ mode by default that makes colors a bit more vibrant. Contrast has also improved, with noticeably inkier blacks compared to its predecessor. I mean, it’s not OLED levels, but I was surprised by how little letterboxing bothered me even when setting the display to maximum brightness in the dark.

It actually gives you more visual real estate than pretty much every other 15-inch laptops too; the 3:2 aspect ratio makes it taller than other 15-inch laptops. It’s great for split-screen multitasking or large sketches – which by the way, have the same minimal latency as the Surface Pro. That said, I’m still disappointed Microsoft is no longer including the Surface Pen in box.

It’s also worth noting here how useful being able to detach the screen is for watching videos. It may seem like a small detail, but flipping over the display so the keyboard is hidden makes for a much more immersive viewing experience than on a traditional laptop. The speakers, meanwhile, are better than on the original model and the Surface Pro, but they don’t achieve quite the full-bodied sound of the Surface Laptop or Apple’s MacBooks.

But of course, you buy the Surface Book for performance. I didn’t get the chance to do too much processor intensive work before the review embargo, but needless to say, the laptop flies through everyday tasks. As expensive as the 15-inch model’s $2,499 starting price is, you do get an 8th Gen Core i7, 16GB of RAM, and an Nvidia 1060 for that price. Those are awesome specifications for a laptop this light and versatile.

Intel’s 8th Gen (Kaby Lake R) chips have allowed for the biggest performance leap in years on the U-series processors used in most flagship ultraportables, especially for multithreaded activities, thanks to bumping core count from 2 to 4. While Geekbench hovered around 3600/7300 on the original Surface Book, on the Surface Book 2, that jumps ~4500/~14,000. That puts it very close to the current 15-inch MacBook Pro on CPU performance, while featuring a way better GPU.

Granted, plenty of Windows ultraportables already have or will get Intel’s 8th gen chips, but it’s still a significant improvement worth mentioning. Normally this type of performance bump is only achieved by jumping up to more power-hungry processors.

Then there’s the graphics. While the Nvidia 1050 on the smaller model should perform decently for many titles at medium settings, the Nvidia 1060 makes the 15-inch Surface Book a veritable gaming laptop. It should handle 1080p gaming on high settings at around 60fps with aplomb – Rise of the Tomb Raider netted me around 70 fps.

Depending on your frame rate tolerance, you might even be happy pushing lighter titles like Portal 2 and Overwatch closer to the native resolution. The fans will flare up when playing games, by the way, but the Surface Book 2 never gets uncomfortably loud or hot thanks the separation of the GPU and CPU into the base and lid, respectively. And naturally, the 1060 will give you great performance for GPU-intensive work like video editing and 3D rendering.

But where Microsoft really sets itself apart is that this performance comes without sacrificing battery life. With the disclaimer that one week isn’t really enough time to fully gauge real-world longevity, the 15-inch Surface Book 2’s battery has been really good. That shouldn’t be a huge surprise, considering the 90 watt-hour battery on the 15-inch model and the relatively low power consumption of the new processors.

As I type this, I’ve been using the computer non-stop for a little over 5 hours on the the default power settings, with the screen on maximum brightness (adaptive brightness turned off), because I like to blast my retinas. After watching an hour or two of Netflix, doing a lot of web browsing in Chrome, some light Photoshop work, as well as a running a couple of benchmarks, the battery has dropped from 72 percent to 33 percent. In the week I’ve been using the laptop, I’ve not had the battery die before the end of my work shift. You could probably stretch over 10 hours from the laptop with battery saver turned on and using a more reasonable brightness.

As with its predecessor, the 15-inch Surface Book 2 isn’t for everyone. $2,500 is a lot of money to swallow – firmly in Apple tax territory. But the fact remains there isn’t anything else like it on the market.

The usual thinking suggests that if you want long an all-day battery, you’ll get low-end graphics. Want gaming-grade performance? You’ll sacrifice on battery, weigh, or aesthetics. And if you want all that in a convertible laptop with pen compatibility, the Surface Book may very well be your only option.

A few qualms aside, the 15-inch Surface Book 2 seems to somehow avoid most of these trade-offs we’ve come to expect from our laptops. The Surface line has always been at its strongest when it can flaunt its versatility, and the Surface Book 2 comes closest to being the laptop that can do it all.