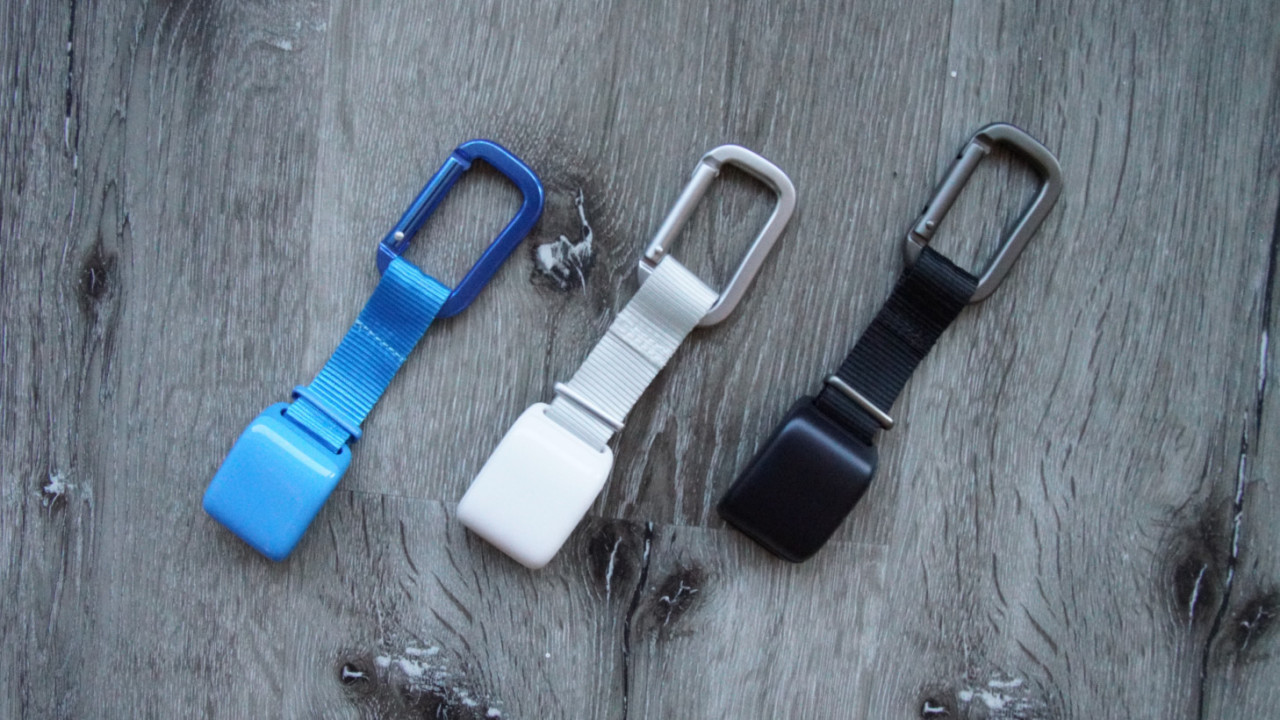 Tracking gadgets can be really useful when you can’t find something at home, but they aren’t too much help once you run out of Bluetooth range. A new tracker called Fynd wants to fix that, claiming to be the world’s smallest cellular tracking device and the first to use 4G LTE.

It certainly is small.  I had the change to check one out in person, and it’s a bit smaller than a Fig Newton (1.77″ x 1.22″ x 0.35″). It has a couple of loops so you can slide it over a strap or pet collar, and comes with a strap and carabiner of its own so you can attach it to other devices.

It’s not quite as small as, a Tile, but it’s still largely inconspicuous. Considering how many more features it packs in, it’s actually pretty amazing how tiny it manages to be. I’ve seen plenty of other cellular trackers, and even ones meant to be worn (think GPS pet collars) tend to be way chunkier.

Speaking of features, it packs plenty of them:

Despite all that, Fynd is small enough that you can attach it to bag or collar and not think about it. Battery life is impressive too; it can last four days connected to LTE continuously. It’s a whole 60 days when in Bluetooth only mode. The device will be in Bluetooth mode whenever it’s within a 100-foot radius of your phone, and switch over to LTE once it’s out of range.

Though I was only able to try out the device in coffee shop, the app was able to connect to the device in a few seconds, and instantly pinpointed our location on GPS. It’s certainly much greater peace of mind over only having a short Bluetooth radius to rely on.

Fynd is launching it’s Indiegogo campaign today and it’s reasonable priced too: $60 for backers, and $99 at retail. Cellular connectivity is $14 a year, or $24/$2 a month. The first batch of devices are expected to be delivered in February.