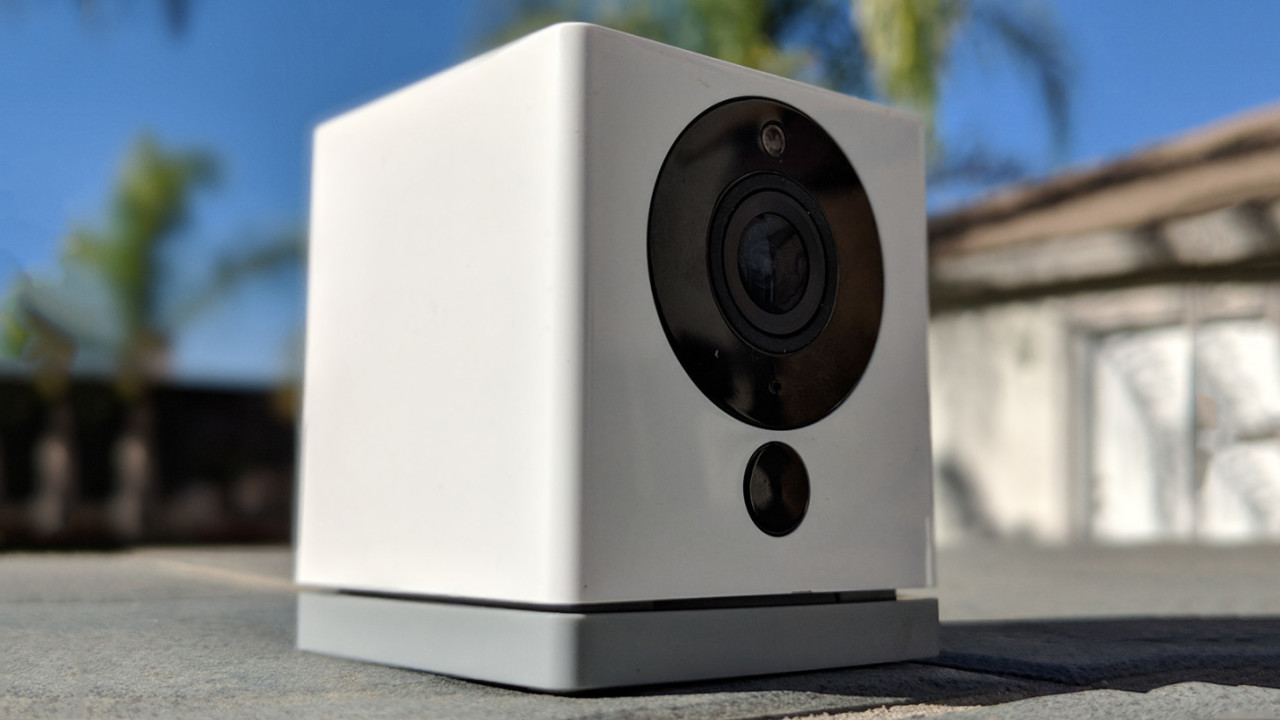 Smart. Everything is smart these days: refrigerators, televisions and yes, even cameras. But for some reason smart seems less so when you slap a $20 price tag on it.

I mean, how smart can a $20 device really be? Yet for some reason I still agreed to try a camera that costs less than a fill-up at the local gas station.

Wyze Cam is a smart home camera designed for, well, whatever you want. It’s easy to find uses for a $20 camera that fits in the palm of your hand, or rests comfortably on just about any surface. The expandable base sits fine on its own, although it will topple when the camera is positioned too far off-center. To combat this, or to perhaps hang it from a ceiling, there’s an adhesive-lined bottom. Just pull the tab off and place it anywhere.

Its minuscule size gives way to some impressive optics, at least for the price. Wyze shoots at 1080p resolution, although you can downscale to save space on the microSD card, or in the cloud.

Video was better than I thought it’d be, though you shouldn’t expect miracles at this price point. If you’re comparing it to a security cam, you’ll be pleasantly surprised. Modern smartphones or a GoPro? Not so much.

I’d place it firmly into the “good enough” range, which is still impressive at this price.

After running into a few issues with setup, I started to make use of some of the really exceptional features in the Android app (available on iOS too). And the issues — because I know you’re wondering — weren’t due to the camera; my Pixel 2 kept switching between WiFi and LTE which made it unable to connect to the camera. You have to be on the same network.

The app has a handful of really cool modes, such as timelapse, motion (or sound) activation, or a night vision mode that surprisingly works pretty well. When motion (or sound) activation is on, the camera sends notifications to alert you of activity. You can view the video from your smart device, even over LTE. And, of course, you can view the standard always-on video (from the SD card) or still shots — or, still shots within a video using the Wyze app.

It’s a smart device, so it offers some of that functionality as well. You can live stream video, share 2-way audio, or enable features that allow it to react to smoke or carbon monoxide detectors.

I don’t know what I was expecting in a $20 smart camera, but it certainly wasn’t this.

If there’s a downside, it’s a couple of relatively minor things easily overlooked when considering the cost. For one, the UI is clunky. It’s not immediately apparent how to do some rather simple things, like find timelapse videos (which aren’t stored where normal videos are). Then there’s connectivity, which could be better. My issues with LTE will plague anyone that has a mobile device set to switch to the fastest available network. Since you’re probably going to do most of your viewing on a mobile device, this certainly needs addressed.

My final issue happened hours before this review was set to publish and involved the Android app, which crashed each time I tried to pull saved videos from it. Clicking ‘Share’ lead to freezing, then crashing. In fairness, the team addressed my problems promptly, and even issued a last-minute fix late last night so others wouldn’t suffer through the same sort of trouble.

The problems aren’t nothing, but none are enough of an issue to keep me from recommending it. The Wyze team is top-notch, and really seems to understand the value of iteration. I have no doubts the minor issues will be addressed (some already have) in future updates.

You can grab yours here.