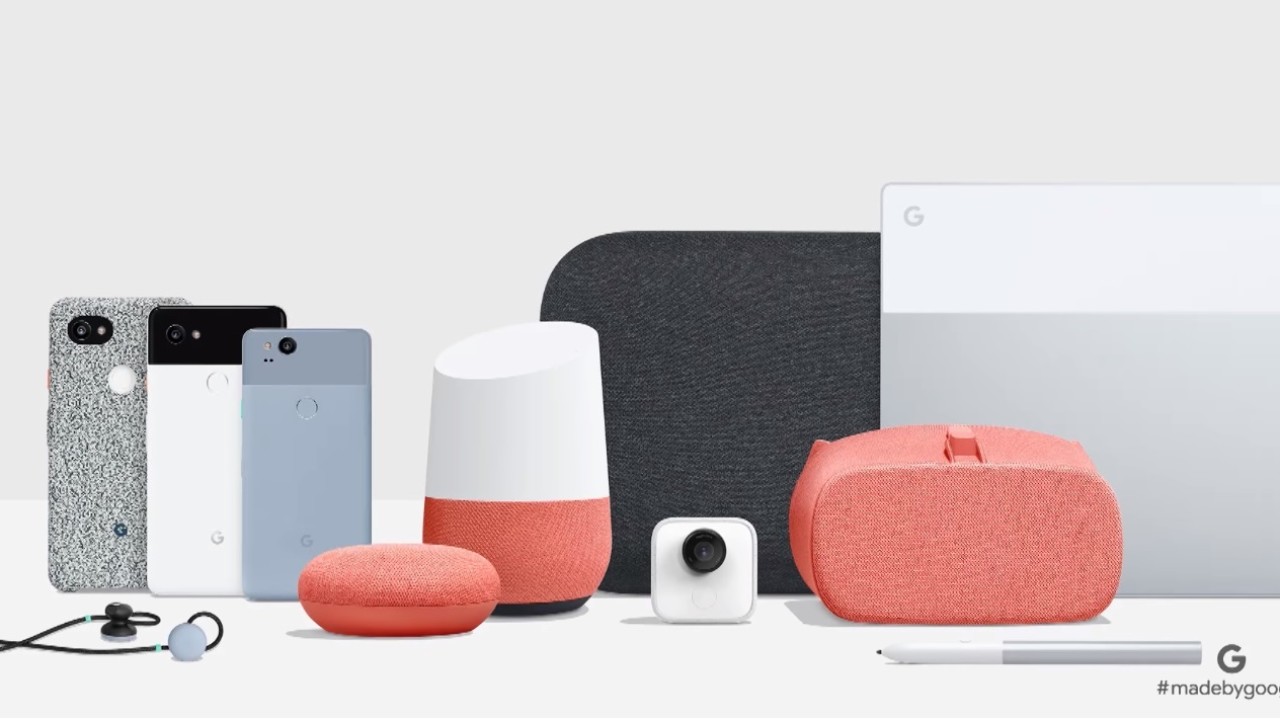 Google last week unveiled its gorgeous new hardware in a series of mesmerizing demos and videos. This was the first time I’d seen a major tech-company hold an entire event just to celebrate its achievement in aesthetics. And it was a sight for sore eyes.

While watching the Apple event online with my co-workers this summer, I saw our team become increasingly underwhelmed by lackluster reveals. The gear was fine; the iPhone X looked cool; but nothing seemed particularly special about any of it. Tim Cook and company regaled us with numbers and hyperbole. Sure it was decent, but I wasn’t wowed.

The mood was entirely different last week when we gathered to cover the Google event. We became increasingly excited with each reveal. More, we’d all declare how much we wanted whatever was streaming on our screens in a frenzy of virtual oohs and aahs. I won’t speak for everyone, but from where I was sitting, it looked like we were all very impressed with the product lineup.

Perhaps most interesting, those moods were entirely reversed before each event. The day before the Apple event there was a buzz surrounding TNW’s editorial staff – many of us expressed that we couldn’t wait to see what the Cupertino company was going to reveal. Yet, on October 3rd – the day before the Google event – it was almost like business as usual.

Maybe next year Microsoft wows us, or Apple takes the crown back, but for now Google has tapped into something. It’s figured out how to make the same idea that fueled Material Design work for the physical world. Instead of trying to build something that looks different, they built a bunch of gadgets that don’t scream “look at me” — they just do awesome things without much fuss.

These devices want your attention in all the right ways, and they look good no matter where you put them.

The first time I saw the Pixel 2 my initial reaction was that it needed the word PHONE on its back in big generic letters. The most interesting thing about it is the screen, and that’s counter-intuitive to someone who owns a C3PO-colored glass-backed Samsung Galaxy S7 that would be a better match for Beyonce than a tech journalist. After I saw what the Pixel 2 was trying to accomplish, however, I got it.

The Pixel 2 isn’t trying to distract me with a leather back, weird curve, or a gimmicky notch, nor is it trying to pull off a tablet impersonation. Like all of Google’s new gear it’s trying to draw your attention to what it does instead of how it looks. It succeeds by looking like a concept smartphone from the future — it’s just black and white and easy to look at all-over.

The new Home Mini and Home Max speakers are obviously inspired by furniture, and that’s a good thing because they kinda are furniture. They feature a softness that allows them to blend in to a coffee-table environment while maintaining a neutral enough position on the color palette to be nearly invisible in an office.

I love the subtlety of each device, including the Pixelbook. It doesn’t insist upon itself with bold black lines like a lot of convertibles do. I love what Google’s done with bezels. In my opinion the only outlier is the Daydream View – it’s the only device with a design that didn’t immediately appeal to me.

It’s strange to write about technology without tearing down specs, but I love how the conversation is changing. TNW’s Bryan Clark spent a significant portion of his Google WiFi review discussing how important aesthetics are when you’re filling a home full of all this gear.

And he’s right. I’m sick of obtrusive devices that standout like sore thumbs next to everything else in my life. Google is proving, when it comes to gadgets, quiet elegance is very fashionable.