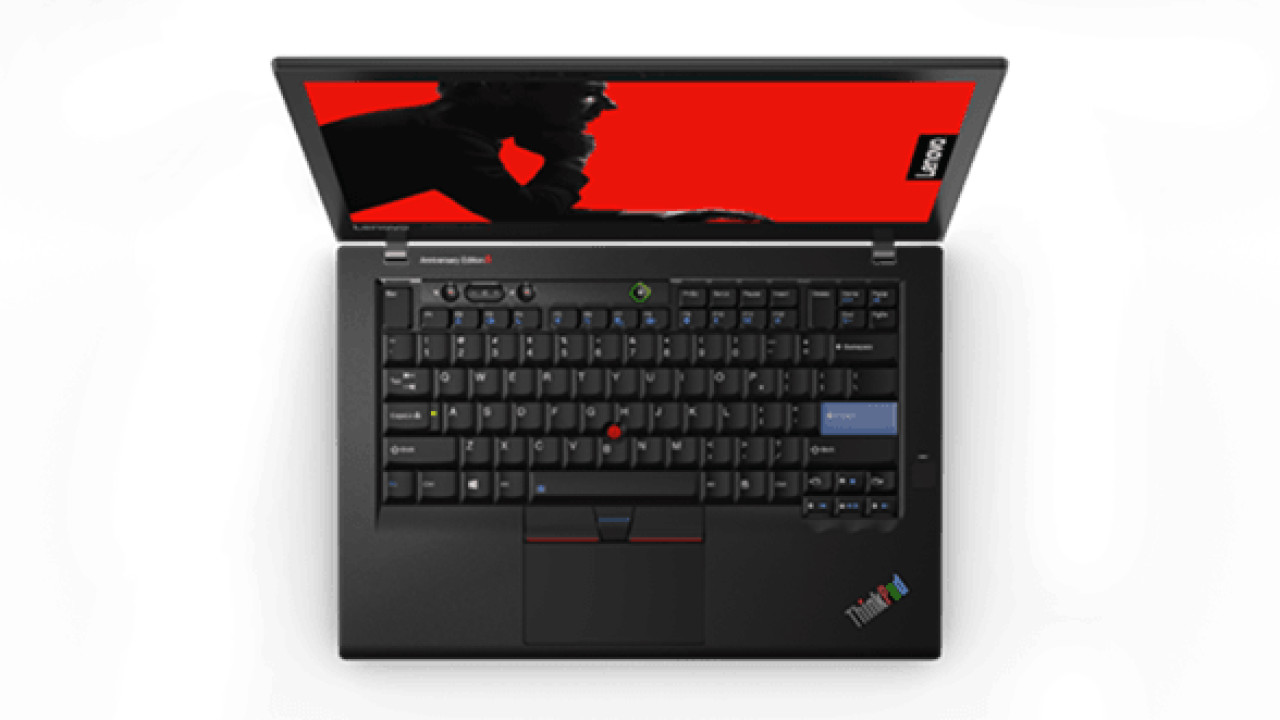 This high-end machine packs respectable specs, and adopts the hardy aesthetic of ThinkPads from yesteryear. This includes a backlit seven-row keyboard, dedicated volume buttons, and the old-school multicolor ThinkPad logo.

Oh, and obviously it comes with a mouse nipple. It wouldn’t be a ThinkPad if it didn’t, right?

Under the hood, you can expect to find an Intel i7-7500U, with NVIDIA GeForce 940MX graphics. Gaming, therefore, shouldn’t be out of the question. Screen wise, there’s a 14-inch full HD touch display.

The ThinkPad Anniversary Edition 25 (a bit of a mouthful, I know) retails at $1,899. That’s a not-unimpressive whack of cash, especially when you can get a similarly tricked-out Dell XPS 15 for $1,649.99.

Without trying the ThinkPad Anniversary Edition out, it’s hard to tell for sure, but I imagine it won’t just be nostalgia that shifts units.

There’s a reason the ThinkPad has been in production for 25 years. The build quality on these machines is legendary (the International Space Station basically runs on them), they tend to play nice with Linux, and the keyboard is ridiculously satisfying to type on, making them especially favored by developers.

That said, if you want one, get ready to act fast. Lenovo says the ThinkPad Anniversary Edition will only be available in “limited quantities,” in select countries. And sadly for me, that doesn’t seem to include the UK.