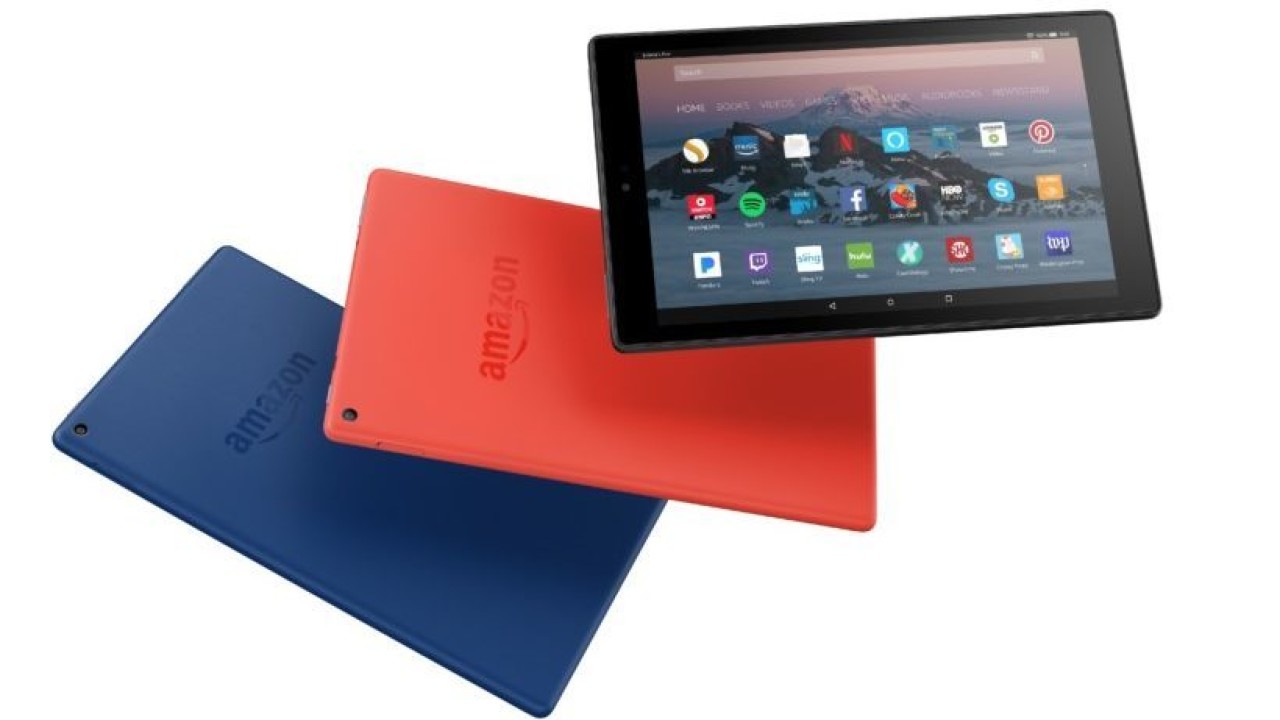 Amazon’s been on a bit of a roll with its cheap tablets; this year’s Fire HD 8 is one of the best you can buy right now on a tight budget. Now the company is bringing the same value to a larger screen size with the new $150 Fire HD 10.

I was able to briefly demo the tablet in person, and it looks like another solid offering, especially considering Amazon has actually dropped the price compared to the previous HD 10. The specs are very respectable for the price point:

At 224 PPI, the full HD display hits a sweet spot for a 10-inch screen size, especially considering the tablet is meant for media consumption. It’s not quite Retina-class, but you won’t notice much fuzziness at typical viewing distances, and colors and viewing angles seemed better than any of the other Amazon tablet’s I’ve tried.

Performance, meanwhile, was smooth throughout the brief demo and few minutes I was able to try it, with nary a dropped frame navigating the UI. The Dolby-tuned speakers also seemed refreshingly loud for a tablet its price. All this was true of the HD 8, so it’s no surprise to see it be the case here too.

But the biggest new feature for the HD 10 is its hands-free Alexa Mode, which will remain exclusive to this largest tablet, at least at launch. Alexa is deeply integrated into Amazon’s tweaked version of Android, allowing you to not only perform the usual search and calendar tasks, but do more specific things like fast forward and rewind video if your hands are grubby with food.

It can also behave like a more versatile Echo Show, especially if you get a case with a kickstand. Amazon has a clean full-screen UI for when the tablet answers questions, such as what the weather will be tomorrow or who won a sports game, and the company seems to envision users using the tablet from a distance with Alexa hands-free.

Of course, we can’t say anything about long-term performance and battery life until we spend more time with the device, but it appears to be another strong value offering from Amazon that hits a lot of ‘good enough’ checkpoints; not everyone cares about having the highest resolutions or fanciest cameras, after all. The tablet is available for pre-order today and begins to ship October 11.