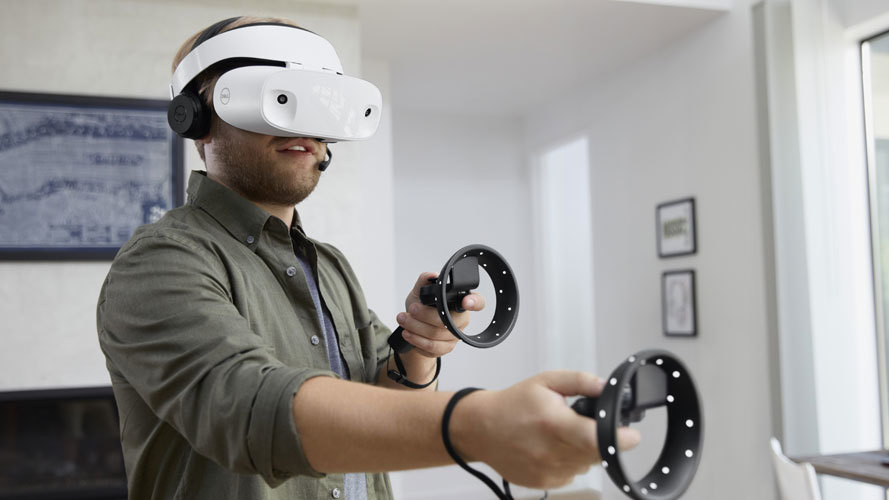 Dell’s Visor – the company’s first VR headset – is now available to pre-order. That makes it one of the first consumer headsets you can secure in time for Microsoft launching its Windows 10 Mixed Reality support on October 17.

I was able to briefly check out the VR headset a while back, and I think it’s one of the classier looking models offered by Microsoft’s partners. It mounts similar to the Hololens and PlayStation VR, which is to say you don’t have to deal with a bunch of clumsy straps. There’s only one band you need to tighten, so putting it on and taking it off happens in just a couple of seconds.

My favorite feature, however, might just be the fact that you can flip up the visor to interact with the people around you without having to remove the whole thing. It’s a clever touch that might just make it a little less awkward to use VR around friends and family. You’ll still end up looking like a minimalist E.T though.

Specs are solid, too:

It comes in at $350 for the headset alone, or $450 with a pair of Microsoft’s VR controllers. As with all Windows Mixed Reality headsets, you don’t need any external cameras to be able to move around within your virtual environment, and the spec requirements are refreshingly low.

The headset will be available along with the Windows 10 Fall Creators update on October 17. For more on what Microsoft’s upcoming Mixed Reality experience is like, check out our hands-on here.