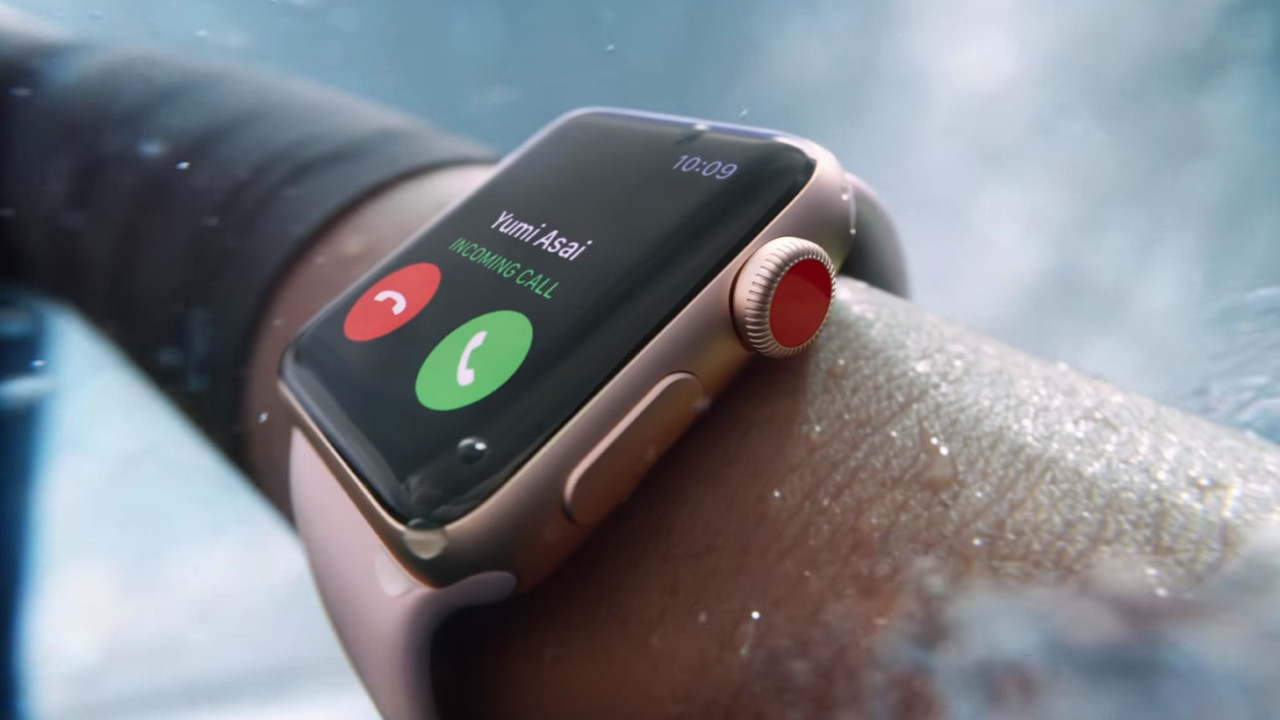 Apple today officially announced the Apple Watch Series 3, its latest smartwatch offering. The new device features LTE cellular connectivity and uses the same number as your iPhone. You’ll be able to leave your iPhone at home and still make calls, send messages, and stream music with the Series 3.

The new device features a completely redesigned workout app, and a new waterproof design for swimmers. Other enhancements include upgrades to its heart-rate sensor and app which advanced measurements and like resting and recovery rates. It will also notify you when your heart rate becomes elevated and you don’t appear to be active.

Tim Cook today announced that its smartwatch had risen in popularity:

I’m proud to tell you that the Apple Watch is the number one watch in the world.

Adding cellular connectivity is bound to increase the lead that the Cupertino company has gained.

During the keynote Cook used a Series 3 smartwatch to make a call and the quality seemed superb, despite the fact that both parties were communicating with their watches — and neither had to hold their arm up to their faces.

The device features a 70 percent fast processor, up to 18 hours of battery life across LTE, Bluetooth, and GPS, and a plethora of fancy new colors.

The Apple Watch 3 will start preorders on September 15th and will ship on September 22nd. Pricing will be $329 for non-cellular versions and $399 for the series 3 with cellular connectivity built-in.

Stay tuned for all this and more – follow our coverage here. We’re also hosting a live chat during the event, in which we’ll discuss the new products and updates: join us on this page.