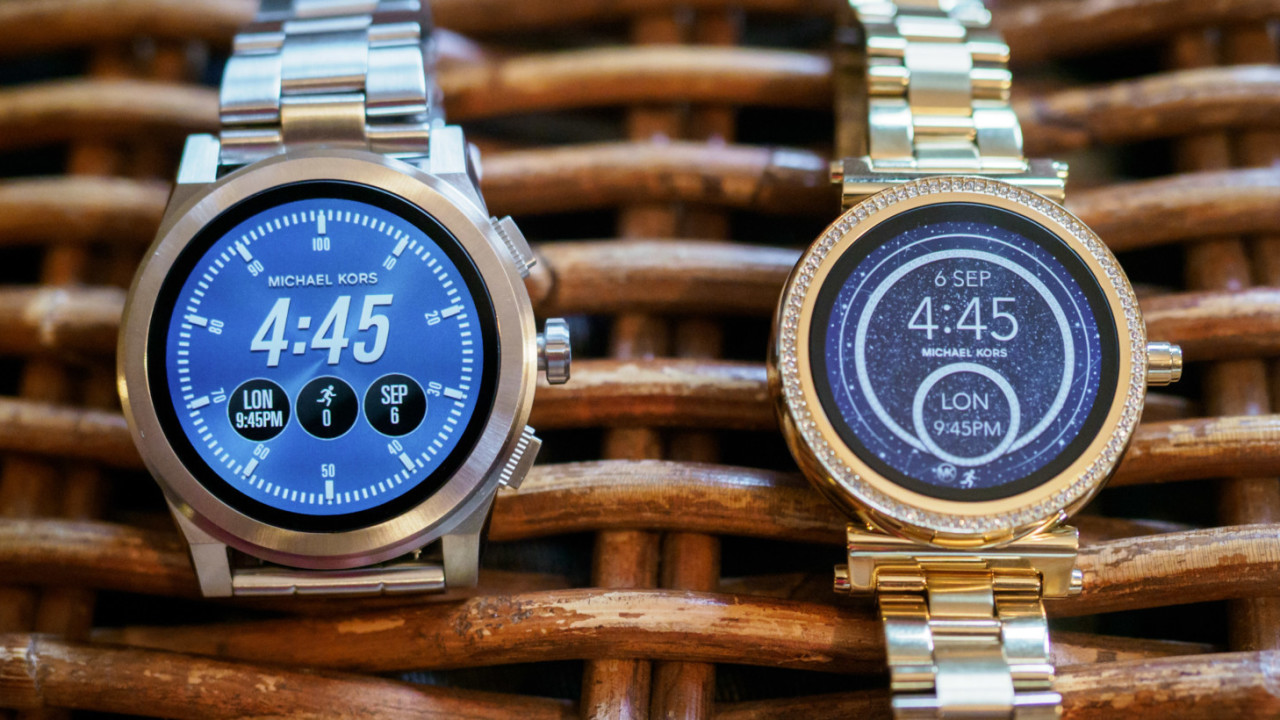 While Android phone makers seem to be giving up on Android Wear, traditional fashion brands only seem to be embracing it more. And you know what? It might be one of the best things for the future of the smartwatch. Michael Kors’ new Sofie and Grayson smartwatches are not just good-looking watches, they’re all-around solid gadgets.

I had my concerns. Last year’s model, the Dylan, wasn’t quite to my taste. The design was nice – which is ultimately what matters for a fashion brand – but it had plenty of problems. The screen was mediocre, the battery was poor, performance was average, and the charger easily disconnected. This year, Michael Kors has fixed every single one of those problems.

The company now offers it in two sizes, ostensibly aimed at women (the Sofie) and men (Grayson). Both feature gorgeous, high-density AMOLED displays; 1.19 inches and 390×390 on the Sofie, versus 1.39 inches and 454×454 on the Grayson. They’re both good looking watches – not particularly unique, but that might be a good thing. I reviewed the silver-colored Grayson, and the gold for the Sofie (which is blinged out with gems outlining the bezel).

Both came with classy stainless steel straps, although there are leather and silicone strap options too. Thankfully, unlike the LG Watch Sport, the straps are interchangeable (included a quick-release switch), and the design lends itself to trying out other straps. The watches are a bit thick, but not more so than your average smartwatch or many chunkier men’s watches.

On the whole, they feel just as well built as any decent watch I’ve used. Neither is particularly to my taste – I prefer something a bit more minimalist – but they’re classy options that wouldn’t look out of place in a dressier venue.

The rest of the specs are competitive with other Android Wear devices. You get a Snapdragon Wear 2100 chip, 4GB of storage, 512 MB of RAM, and IP67 water resistance. The Sofie has a 300 mAh battery, while the Grayson’s is 370 mAh. That all means it performs every bit as smoothly as the very best Android wear devices out there.

The only unfortunate omissions are the lack of a heart rate sensor and NFC. At $350, that’s unfortunate, but most heart rate sensors in smartwatches aren’t all that good anyway. Some people will lament LTE, but unless you plan on leaving your phone behind, it’s no great loss.

Android Wear 2.0 has polished away most of the bugs since it’s launch earlier in the year, and I experienced no hiccups with either device. I really appreciate having the rotating crown on the Grayson, and wish Michael Kors had opted for the same on the sofie, even if it only replicates things you can already do on the touchscreen. Voice control works well, and the watch had no trouble listening to my commands or reacting to them rapidly.

There’s little in the way of custom apps, and I actually like the one that’s there. The My Social app lets you plug into Instagram or Facebook and download and use your photos as wallpaper. It’s a small touch, but I came to appreciate it. The default watch face on the Grayson was pretty meh, but I’m quite fond of the one on the Sofie.

Battery life is respectable too – the watches got me through a little over a day of use without a hitch. More importantly, the inductive charger has a stronger magnet that isn’t quite as prone to detaching at the slightest of touches like last years, though I still wish it were a bit stronger.

I was surprised at how much I found myself liking Michael Kors’ new watches. Sure, they’re pretty much barebones Android Wear watches that look good, but that isn’t necessarily a bad thing. Unlike most smartwatches, there are plenty of design variants, and that’s important for a device that’s a fashion accessory as much as a practical gadget.

Fashion brands may just be the ones to keep Android Wear afloat, not the traditional manufacturers, as they help create smartwatches with designs that appeal to everyday consumers, not just us nerdy early adopters. If more fashion brands can up with devices this good, the smartwatch market has much welcome variety to look forward to, especially as designs becomes smaller and more power efficient.

Starting at $350, Michael Kors’ new watches aren’t exactly impulse buys, but they offer a reliable gadget experience with a variety of traditional designs. For many people, that will be enough.