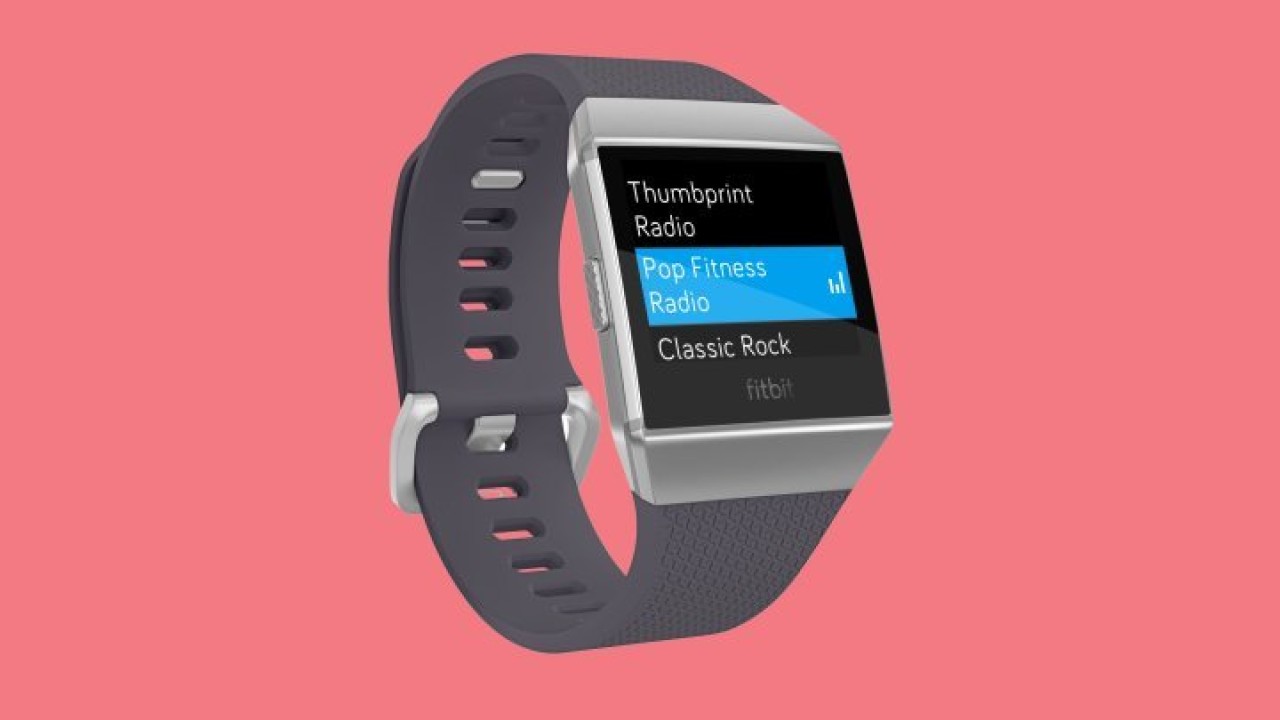 Fitbit was, for years, a company without an identity. Packaged and marketed for fitness aficionados, the products often felt behind other offerings, and without a clear place in the market. It wasn’t the cheapest, didn’t offer the most advanced features, and some of the company’s UX decisions left a lot to be desired.

Ionic looks like the Apple Watch, but only in the sense that it’s a band, an LCD screen, and a lightweight aluminum case, fused together with a nano-molding technique normally reserved for smartphones. Unfortunately for those that are tired of the comparison between Apple products and everything else, there’s little Fitbit can do here to differentiate from the minimalist aesthetic of a Jony Ive creation. Maybe its next generation can sport racing stripes or flames — we’ll call it the Guy Fieri edition.

The comparison, like it or not, is an easy one. And it’s going to be used… a lot.

Aside from looks though, the two products really couldn’t be more different. As much as Apple tries, Watch is still a product best suited for technophiles that have to own gadgets just for the sake of owning them.

Apple Watch as a fitness tracker, although fully capable, is overkill. There’s no legitimate scenario where I need to check email on a treadmill, and I certainly don’t want to respond to text messages when I’m walking my dog. I leave my phone at home for a reason. As much as Apple tries to push fitness benefits into its ‘Sport’ edition, dedicated trackers like Fitbit are still the better, cheaper option, at least for those whose sole purpose of owning one is using it as a fitness tracker.

The retail price of Fitbit Ionic, for example,  is $299; $70 cheaper than Apple’s cheapest ‘Sport’ offering (in the current generation). Once you factor in a $30 band, however, the price difference is negligible. But Ionic does offer value to those demanding specialization much in the same way Paperwhite offers a better experience to readers than the cheaper and more utilitarian Fire.

You may opt to spend $70 for a better watch, but don’t fool yourself into believing you’re spending $70 for a better fitness tracker — Apple offers little in the way of value here over Fitbit’s cheaper Ionic.

Fitbit does, however, offer things the iWatch can’t, such as an enhanced heart rate reader that includes a relative Sp02 sensor is capable of tracking oxygen in the blood over long periods of time. This could lead to easier detection of common conditions, like sleep apnea.

Ionic also offers in-device fitness coaching. ‘Fitness Coach’ offers users the ability to choose between a handful of workout routines — like the popular ‘7 Minute Workout’ — each with audio prompts guiding users through each exercise, ratings that tailor future workouts to your fitness level, and a digital coach that’s lightyears ahead of FitStar, the guided workouts available on Fitbit Blaze.

You’ll also get 2.5 GB to store music, and a fun array of colors: blue gray with silver, charcoal with graphite, or slate blue with charcoal.

It’s not the Apple Watch, but it’s clear that’s not at all what Fitbit is trying to be. Ionic cuts the clutter and pares a fitness tracker down to what it should be: something with fitness-first features, and not much else.

I can’t wait to get my hands on one.