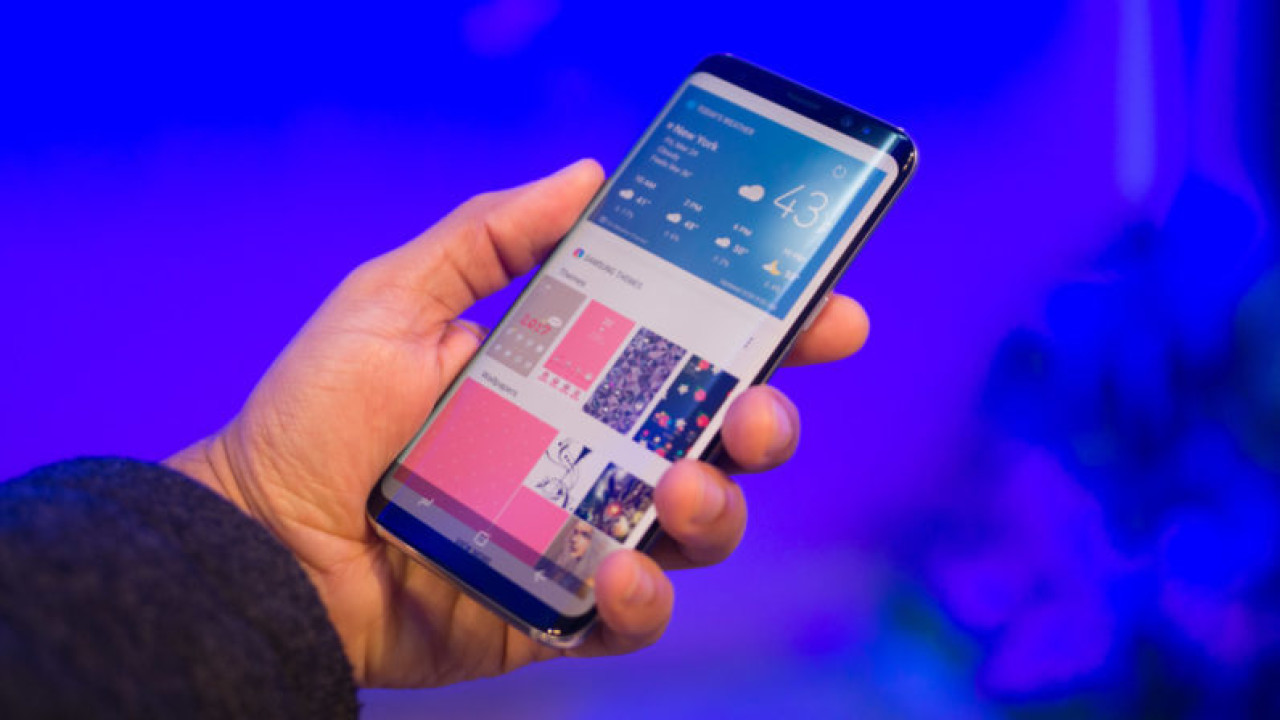 Welcome to TNW’s phone buying guide! We’re an opinionated bunch here, so we realize not everyone agrees on what the singular ‘best’ phone is. That’s okay, because most phones are really rather good nowadays.

So instead of listing our favorite choices at every price range, our picks are aimed at different kinds of buyers and the things they’re looking for. We’ll keep the list updated every few months as major releases make their way into the market.

If we had to choose a ‘best’ phone for mid 2017, this would be it. The Samsung Galaxy S8 is an incredibly solid all-rounder. Performance is top-notch, the camera is as reliable as ever, and battery life is strong on both models.

But the real highlight is the display and its tiny bezels – allowing the devices to cram huge screens into relatively small bodies. Just compare Samsung’s efficiency to Apple’s – the S8 fits a 6.3-inch screen in a body smaller than the 5.5-inch iPhone.

It’s not the best time to buy an iPhone considering the iPhone 8 is on the horizon, and it’s rumored to be a huge upgrade. Still, the iPhone 7 remains one of the easiest phones to recommend.

iOS 11 makes the iPhone more powerful than ever, without losing out on its simplicity, and the dual camera on the Plus model has a unique portrait setup. Meanwhile, the 4.7-inch iPhone 7 also remains one of the very few small phones that provides top-of-the line performance. Its camera is still among the best in its class, and the device is now more derp-proof thanks to water resistance.

Android took a huge leap this year when Google announced it was entering the smartphone hardware market with its Pixel phones. Top of the line performance, the best AI assistance, and possibly the best smartphone camera out there make it a top contender, and has us looking forward to what Google will offer in the years to come. The Pixel 2 is on the way this fall, so you may want to wait for that.

The power users probably already know what they’re looking for, but if you want a phone that will give you a bit more versatility and power than the average smartphone, even if they’re not the prettiest or full-featured, these are our favorite choices.

The OnePlus 5  feels every bit like a premium phone. It has better specs than almost every phone released in 2017, despite costing only $479 unlocked. It has insanely good battery-life, a decent design, and a dual camera system that rivals the iPhone. Power users will appreciate the near-stock take on Android, with the addition of useful tidbits like a reading mode and themeing option. Though we wish it had smaller bezels, it’s not just the best budget flagship around – it’s one of the best options you can buy, period.

The LG V20 is likely one of the last flagship phones to feature a replaceable battery pack. Even though it’s almost certainly about to be replaced with a V30, it’s still one of the best options you can get – especially with a street price around $300.

The V20 also comes with a useful secondary display, a giant 5.7 inch screen, solid performance, and Nougat out of the box. It also features the very best headphone and microphone performance on the market, as well the most robust manual controls for video and stills I’ve seen.

Though it doesn’t come with a removable battery, the battery pack Mods are arguably a better solution. With the option of a pico projector, an excellent speaker, a better camera, and the promise of many mods to come over the next couple of years, no other phone in recent memory is quite as versatile.

Motorola is rumored to be releasing a Z2 Force soon, but in the meantime, the Z2 Play is a cheap option with excellent battery life and smooth performance (despite the Snapdragon 625).

We haven’t been the biggest fans of Touchwiz in the past, but performance is now good enough that Samsung’s extras are more more useful than hindrance. The GIF mode is an excellent addition, and the phone is endlessly customizeable. A wealth of accessories – including the best mobile VR experience – and excellent battery life make the S8 series an important consideration. Samsung fans will want to hold out for the Note 8, however.

Motorola has dominated the ~$200 phone range for a while now, so it’s no surprise Moto G5 is an excellent device. Though we haven’t given it a full rundown yet, reviewers have raved over its stock Android performance and solid battery life. It’s a decent looking phone too, now clad in metal instead of plastic.

The Honor 6X is a fantastic deal, and one of the only phones to offer a dual camera setup under $300. Despite Huawei’s heavy skin, the phone shows impressive everyday performance, and the depth-of-field effects are fun to mess around even if they’re not as realistic as on some flagship models. Solid build quality is a nice bonus, even if it’s not a huge looker.

The LG G6 is a great all-around phone, with a fantastic screen and solid build quality. But the real reason to get it is the cameras. While its standard shooter isn’t the very best (more on that in a bit), it’s awfully close. Really, it’s the versatility afforded by the secondary wide-angle camera that makes it so useful. No matter how good a single camera might be, it can’t beat the versatility afforded by a different focal length.

Photographers who do more than just point and shoot will appreciate the robust manual controls and video tools. With solid low-light performance and dynamic range, the G6 arguably provides the best mobile shooting experience for the skilled photographer.

While the Pixel doesn’t have a dual camera system, its main shooter is so incredibly consistent that it deserves a mention. Of all the phones I’ve used, no camera manages to get exposure, dynamic range, and colors so consistently right. It’s a shame it only has one camera, but if you want to concern yourself more with composition and subject than getting the lighting and colors right, the Pixel is a great choice.

Apple’s always made some of the best mobile cameras, and the iPhone 7 Plus takes things to a new level thanks to a secondary camera. While the standard shooter is a little inferior to some of the competition, Apple does the best job when it comes to blurring out backgrounds in portrait mode.

Samsung’s big phone deserves another mention due to the sheer enormity of its display. It’s worth reiterating that the S8 has a 6.3-inch screen – the largest we’ve ever tested – in a body smaller than the iPhone 7 Plus. Add to that a stunning OLED display with HDR support and you have the very best video experience on a smartphone. Besides, the narrow width and one-handed mode make it surprisingly easy to use with one hand.

The Huawei Mate 9 is an underdog in the big phone market. Huawei’s Custom Kirin 960 is an incredibly fast processor; even with Huawei’s skinning, the phone is almost as fast as stock Android.

Its small bezels means Huawei can stuff a huge, gorgeous 5.9-inch display without being too huge, and a one-handed mode makes things more bearable. Add in the excellent dual-camera setup, powerful stereo speakers, and a gigantic 4,000 mAh battery than can power through two days, the Mate 9 gets almost everything right.

It also features clever machine learning optimizations in order to keep the phone running smoothly over long periods of time. So far I’ve found that claim to be true. It’s marathon battery life thanks to a 4,000 mAh battery is icing on the cake.