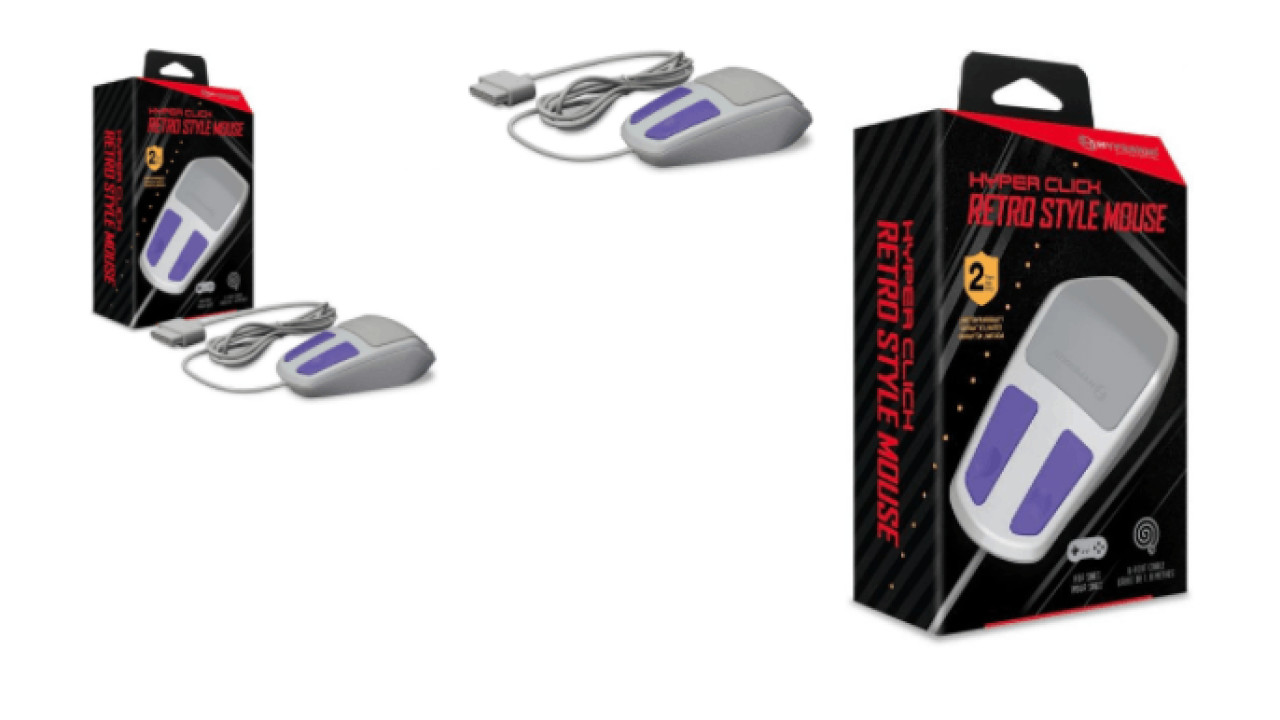 The retro gaming hype is in full swing. After Nintendo announced the re-release of the beloved SNES Classic console earlier this week, peripheral hardware maker Hyperkin has decided to complete the full old-school gaming experience by bringing back one more accessory: the retro style SNES mouse.

Make #art on your #snes! Go to https://t.co/NfXgdlt1ZV or Amazon to get your Hyper Click Reteo Style Mouse for SNES! pic.twitter.com/BNN6C4uzuE

The SNES mouse originally hit the market back in the distant 1992. While it made its debut as a bundled accessory for the Mario Paint game, it worked with several other high-profile titles, including Doom, Wolfenstein 3D and the video game adaptation of Jurassic Park.

Hyperkin has already made the retro mouse available on Amazon, where you can cop one at the price of $20. The item features the iconic purple color scheme as well as a six-foot cable. Much like the real thing, it will work only with mouse-compatible games. For more information about supported title, check out this list.

As VG247 remarks, one thing the resurrected model does not share with the original mouse is its new optical sensor. But hopefully it does retain the threateningly loud click noises.

Hyperkin is currently accepting pre-orders. So in case you want to scoop one of these, head to Amazon and click here before it’s too late.