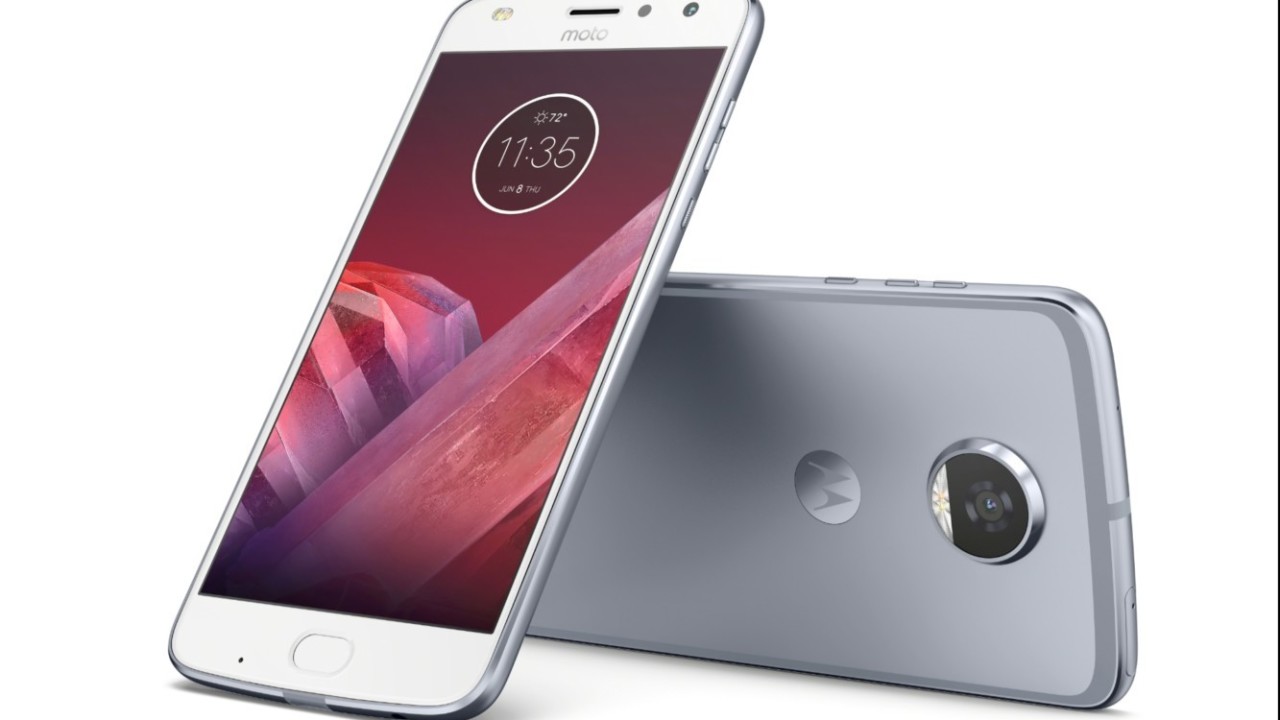 Motorola’s Moto Z phones were some of the most versatile devices of 2016, effectively proving there is still hope for modular devices. Now the company is at it again, introducing the Moto Z2 Play, as well as some new neat new mods to go along with it.

Like the original Z Play, the Z2 Play is a midrange device that cuts down on the specs for a more affordable price point:

Fans of the original model will immediately notice one unfortunate spec: the battery is significantly smaller, down to 3,000 mAh from 3,500. While Motorola claimed “up to 50 hours” of battery with the previous model, this time it’s ‘only’ claiming 30.

That’s nothing to scoff at, but it’s also an unnecessary reduction, given the original model was popular precisely because of its battery. Conversely, the Z2 Play is a bit thinner, which makes it easier to use with a battery mod applied, but we’ll have to see whether that’s a worthwhile trade-off.

One useful upgrade is the redesigned fingerprint sensor, which now finally doubles as home button (often a matter of confusion on the previous model). Actually, it’s a lot more useful, allowing you to swipe left to go back, right to open recent apps, or tap to go home. That allows you to remove the virtual navigation bar, giving you some extra real estate to work with and making the phone’s chin feel a lot less like a waste of space.

The Z2 Play will retail for $499 when it goes on sale later this summer, although unfortunately its a Verizon exclusive.

As for the new mods, the most interesting one is definitely the $80 Moto GamePad, which is exactly what it sounds like. Snap your device into the gamepad and you get a traditional layout of a D-Pad, dual analog sticks, two pairs of shoulder buttons and four face buttons. It has its own battery so you don’t have to worry about it draining your phone, though it can be powered off your device too should you forget to charge it.

The company is also announcing an improved JBL Speaker – one of the company’s most popular mods – upgraded to be splashproof, and redesigned to with a more rounded shape to make it a bit more comfortable to hold. It also comes in red and blue in addition to the old black, and retails for the same $80 price.

Rounding the new mods out are the $80 TurboPower Pack and a $40 wireless charging shell.

While the old power packs were meant to be attached to your device throughout the day, Motorola sees the the TurboPower pack as more of a quick fix when your battery is running low. It charges your phone at up to 15W so you can regain “up to 50 percent of capacity in 20 minutes.” That’s even faster than using the wall charger.

Meanwhile the wireless charging shell is pretty much what it sounds like – a thin shell that adds wireless charging at up to 10W. It supports both Qi and PMA charging standards, and comes in various designs so it can remain permanently affixed to your device.

While I’m a bit disappointed with the Z2 Play’s smaller battery, we’ll have to see how the device holds up when we get our hands on it. It’s good to see Motorola sticking to its Mods promise and delivering new, backwards-compatible devices. The company says more are still on the way, so here’s to keeping the modular phone dream alive.