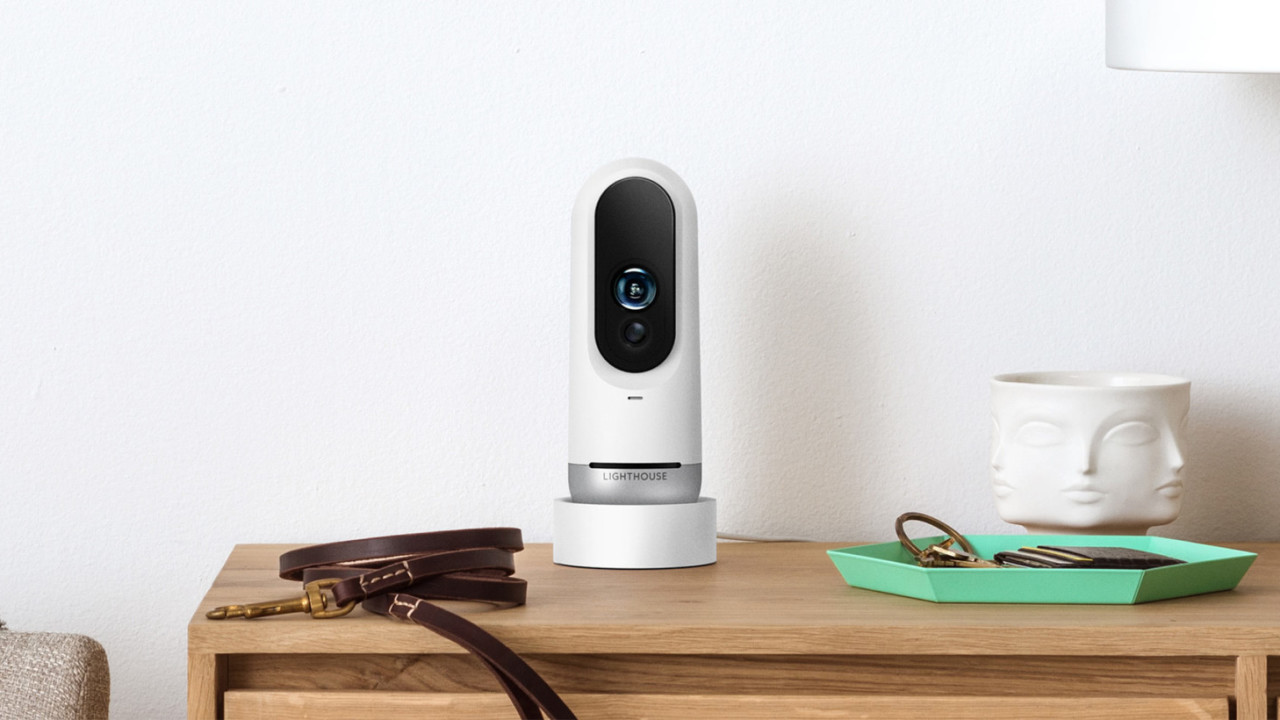 After leaving Google in 2014, Android inventor Andy Rubin launched an incubator for hardware startups the following year. It’s already hosting numerous projects, and the first one is coming soon: the Lighthouse ‘interactive assistant’.

At first glance, it looks like a security camera that can alert you about intruders in your home, but on closer inspection, you’ll find that it’s capable of a fair bit more than that. Hit play on the video below to see what I’m talking about.

Using 3D sensors and machine learning, the device promises to help you keep a close eye on your family with a bunch of smart features. For starters, it can identify family members – pets included – and recognize when someone has brought a guest (not an intruder) with them.

The companion app lets you not only tune into Lighthouse’s 1080p video feed, but it also responds to questions like “What did the kids do with the babysitter?” or “What did the dog do after I left?” and surfaces the moments you requested – negating the need to manually go through lengthy footage to figure out what’s been going on at home.

You can also set it to alert you when, for example, your dog walker returns with your pooch, or when someone’s been running (not walking) around in the freshly painted living room.

In addition, Lighthouse understands gestures so your child can simply wave to it and initiate a two-way conversation with you.

That goes way beyond the functionality offered by traditional home cameras – but it doesn’t come cheap. Lighthouse costs $399 for the device and a 12-month service package, which includes storing the last 30 days of video in the cloud for instant access. You can also choose to pay $599 for the gadget and and five years of service.

But what about privacy? The company says it strong 256-bit encryption and strong authentication protocols to lock down your data, and user information is only viewable by the users themselves. But as The Verge notes, law enforcement agencies can demand that the company hand over data to aid in an investigation.

Still, with its advanced capabilities, Lighthouse presents an intriguing proposition for families who want oversight on goings-on in their homes. It’ll ship this September, and you can pre-order it now.