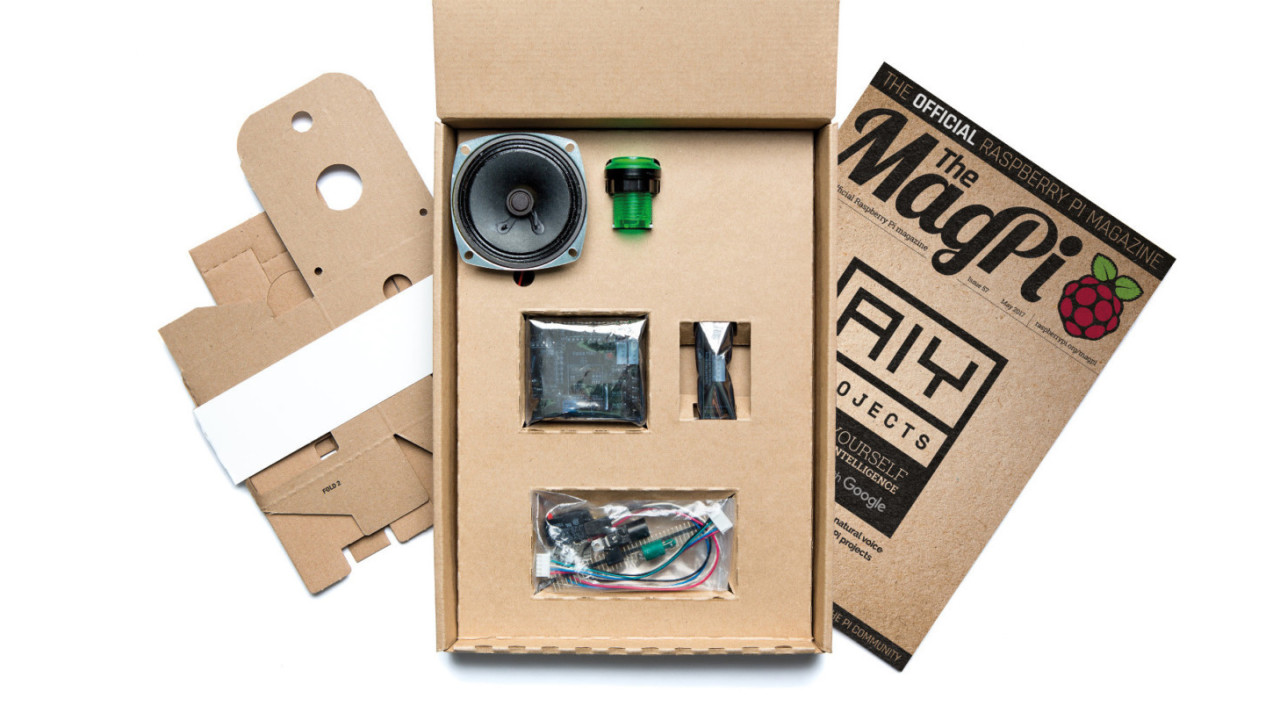 Google’s Home speaker can do all kinds of cool things just by listening to your voice commands, such as describe the weather, play music and control your smart home devices. But what if you want a voice assistant that doesn’t cost over a hundred dollars?

You build your own, of course. The latest issue of MagPi, the official magazine from the folks behind the Raspberry Pi DIY computer, comes with all the hardware you need to add voice capabilities to a Raspberry Pi – including a cute cardboard case.

The hardware kit that’s bundled with the physical magazine was developed in partnership with Google. Issue 57 of the magazine – which includes instructions and notes on projects you can build with the kit – will set you back by about $8, and you’ll need a Raspberry Pi 3, which costs about $42.

With the bundled Google Voice Hardware Attached on Top (HAT) accessory board, a stereo microphone board, an arcade-style push arcade button, and access to Google’s Assistant SDK and Cloud Speech API, you’ll be well on your way to creating your own little voice-activated robot. It looks like a fun little weekend project for folks who have been meaning to dabble in voice-assisted builds.

You can score the Raspberry Pi 3 from the stores listed on this page, and pick up issue 57 of MagPi here (or grab the free PDF on this page).