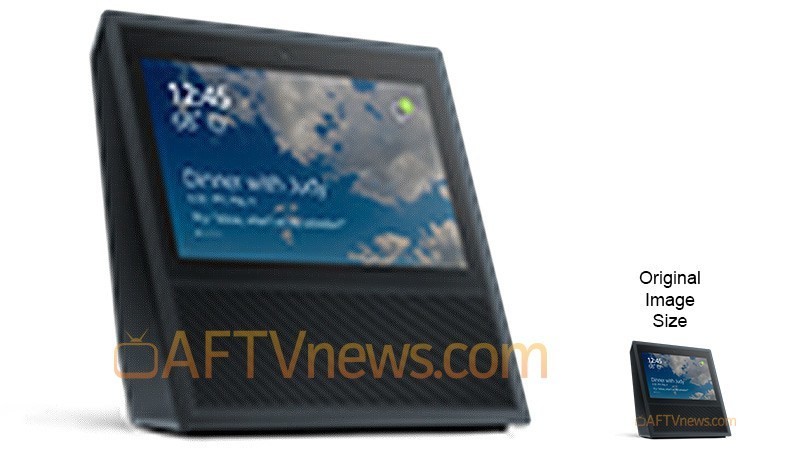 Amazon is having some fun experimenting with new form factors for its Alexa-powered voice assistants. Following up on the Echo Look a couple of weeks ago, it seems Amazon is gearing up to release a touchscreen-enabled Echo, and we may have just gotten a tiny look at it.

I mean tiny literally. AFTVNews spotted an extremely low resolution image of the device in Amazon’s servers by using a site crawling script. The device is reportedly codenamed “Knight,” has a 7-inch screen and may be revealed as soon as this month.

Unfortunately, there isn’t much information besides the image. We can roughly make out a clock, weather and calendar details on the device, which wouldn’t be surprising given Alexa can already give you that information via voice.

There also appears to be a camera above the screen. The device is rumored to have calling capability, so this could be used to make video calls. It’s also possible Amazon will integrate some sort of visual recognition to help you purchase new products, like it once did with the ill-fated Fire Phone.

If the rumors hold up, we’ll find out soon enough.

Exclusive: This is Amazon’s new Echo with a built-in touchscreen on AFTVNews Echo