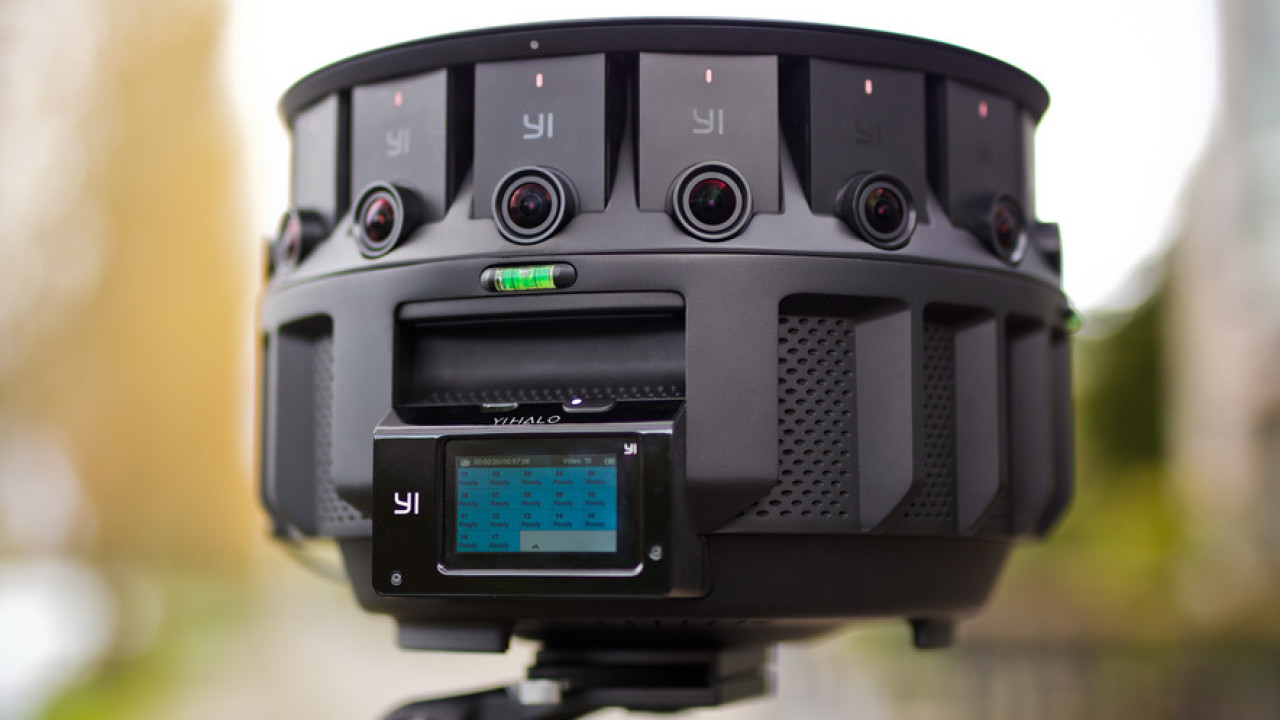 Back in 2015, Google launched a program called Jump to promote and simplify the process of creating VR and 360-degree content. With the immersive entertainment space hotting up, it’s no surprise that the company is keen on building new hardware for it.

It teamed up with Xiaomi-backed Chinese hardware maker Yi to create the Halo, a 17-camera system that’s designed to capture 8K x 8k stereoscopic 360-degree footage at 30fps, as well as 6K x 6K content at 60fps. It’ll set you back by $17,000; here’s an example of what you can make with it:

The setup weighs in at a fairly light 7.7lbs, and runs on a battery that offers 100 minutes of use on a single charge and can be swapped out with a spare for extended use.

There are 16 cameras around the circumference of the Halo and one in the middle facing upwards. They’re controlled in tandem via an Android app for your phone, and there’s also a touchscreen on board that displays system diagnostics (like the cameras’ SD card capacity and battery power).

Like the GoPro Odyssey that was built in partnership with Google in 2015, the Halo works with the company’s Jump Assembler to seamlessly stitch all the footage together for 360-degree presentation.

Google is also launching Jump Start, a program to grant select filmmakers access to the Halo and Jump Assembler software so they can create their own 360-degree movies. The company says it will provide these tools to more than 100 creators – but you’ll need to apply by May 22 if you want to make the cut.

With that, 360-degree content creators now have a fair amount of choice when it comes to gear for their projects. There’s Nokia’s $40,000 Ozo camera, Facebook’s x6 and x24 rigs, GoPro’s Fusion for 5.2K action footage and now the Halo.

If you’ve got that kind of money to burn, you’ll be able to purchase the Yi Halo sometime this summer. Find more information about the system on Yi’s site.

Introducing the next generation of Jump on The Keyword