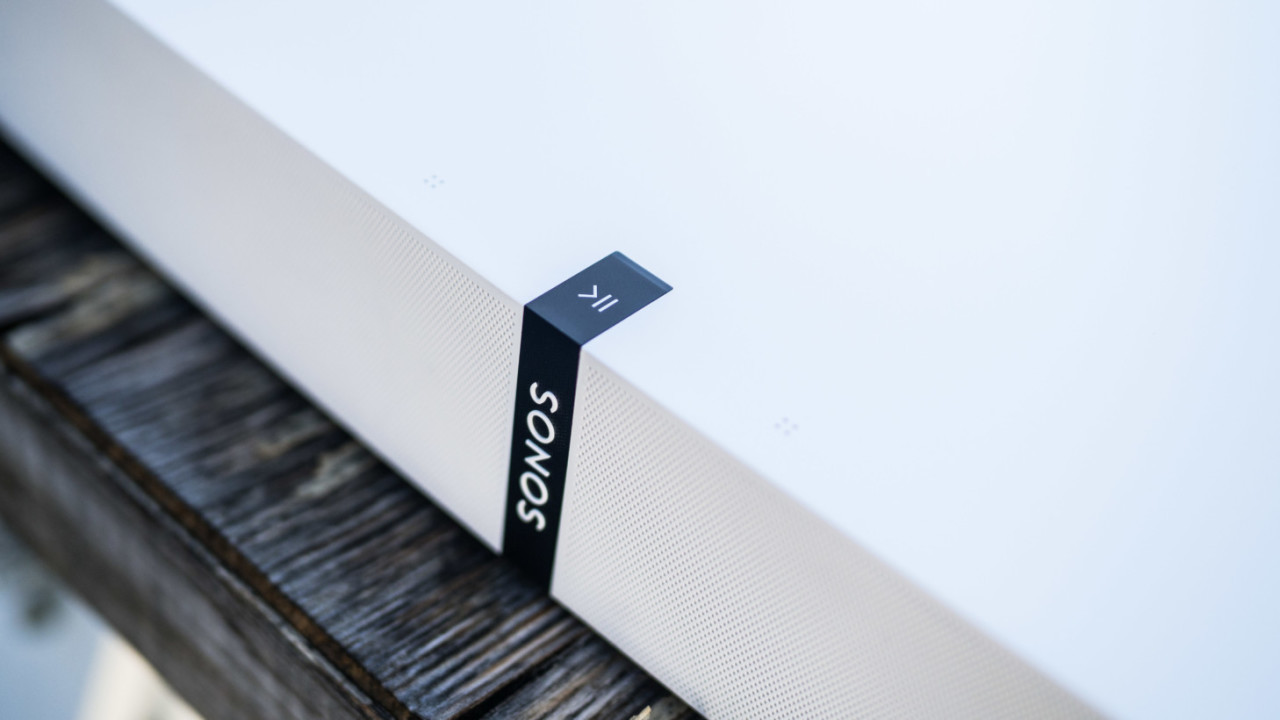 All-in-one home audio solutions generally take one of two forms: a sound bar that goes in front of your TV or is mounted on a wall, or a sound base that sits under your TV’s stand, raising it up another couple of inches.

Sonos already had the former, so now it’s taken to creating the latter, using the added real estate and extra years of engineering to improve on the popular Playbar‘s sound at the same hefty $700 price tag.

Before we talk about anything else, it’s worth stating the obvious: The Playbase is meant to live under your TV, so you have to make sure it fits.

The sound base form factor has been complicated by the terrible trend in which TV manufacturers have forgone the central stand for a pair of feet at the edges of the display. If you have one of these TVs and don’t have enough clearance underneath it, you won’t be able to use the Playbase without rigging an alternative solution like a VESA-mounted stand.

Sonos says “up to 70 percent” of TVs sit on furniture, but I imagine that doesn’t account for TVs without a center stand. Nevertheless, you can always raise your TV another inch or two by putting a book or something under the feet.

Provided your TV meets the physical criteria, you’ll be treated by a heavy, minimalist, and beautiful hunk of plastic. Like the second generation Play:5, it comes in either black or white, and there there just three touch sensitive buttons on the unit. The simple matte texture is at once subtle and eye-catching; it’s a shame the Playbase will likely get obscured by your ugly TV stand.

The minimalism extends to the set-up process, which only requires the power cable and an included optical cable. I’ve set up a myriad of sound systems in my life; it’s refreshing to use something that isn’t a mess of wires.

One problem I ran into: You can technically use a standard infrared remote control to adjust volume on the Playbase, but that also means smart TV remotes using Bluetooth or other tech will be out of luck. Such was the case with the LeEco Super4 TV I tried it on, which meant I was left to adjust volume through either the Sonos app or – *shudders* – by standing up and tapping the capacitive buttons.

Thankfully, it all sounds really good. There’s a truly impressive amount of both stereo separation and precise imaging, to the degree I suspect most people wouldn’t be able to tell a big difference between the Playbase and a decent stereo setup. We’re talking “you can hear that bird whizzing from one side of the room to the other” type of separation.

Moreover, the Playbase has remarkable frequency extension. Sonos doesn’t provide precise frequency response numbers, but running it through a sound sweep, volume didn’t start to diminish significantly until past the 40 hz mark or so. That said, the unit doesn’t give me quite the visceral punch I’ve gotten used to from the Play:5, a speaker which also punches above its class in frequency extension. There’s only so much air a such a short unit can push.

Still, I don’t think most people will need a subwoofer if they don’t want to annoy their neighbors, and the speaker responds well to the Sonos app’s equalizer, should you need a bit of an extra kick.

The rest of the frequency range is where it really shines though. Clear dialogue in busy scenes are a stress test for any soundbar, and the Playbar handles such moments with aplomb. I previously had the Play:5 as a home theater setup, and while I do think they present an overall more detailed and powerful sound – especially for music – dialogue suffers by comparison.

For all of Sonos’ reputation as a high-tech audio company, the Playbase is surprisingly restrained, and that can be both good and bad. There is no fancy Dolby Atmos or DTS X surround sound (though you can always pair more Sonos speakers for a traditional surround setup), which makes the Playbase feel a little old-school while other speakers are busy bouncing sound waves off your ceiling.

$700 is also a lot to pay, especially if you’ve already bought into the Sonos system. If you already have a couple of Play:5, the improvement in dialogue alone won’t be worth it. Not to mention you could get yourself a decent set of bookshelf speakers, a subwoofer, and a Chromecast Audio and arguably match much of what the Playbase offers for less.

But you would very be hard pressed to do it all in a chassis so elegant and inconspicuous. Its simplicity means that it’s super easy to install (assuming it fits under your TV), and that it sounds wonderful for both movies and music with virtually no fiddling around. The Playbase may be pretty basic – but it also just works.

If you decide to pick one up, it’s available in white or black for $699.