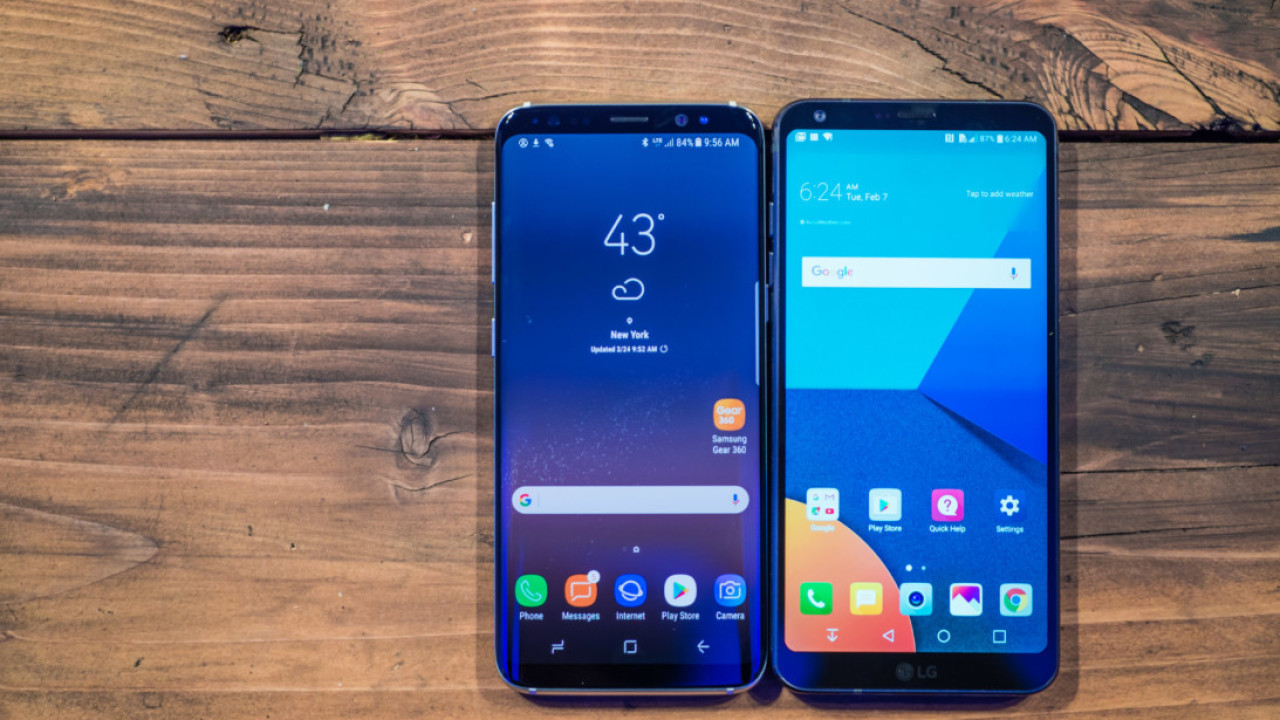 After last year’s lackluster G5, I was really hoping LG would hit it out of the park this year. It’s one of the few brands that’s continued to cater to people who care about durability and power-user features. And for a while, I thought it might just succeed: I marveled at the miniscule bezels on the LG G6, allowing a huge screen to fit in a small body.

And then Samsung announced the S8.

Don’t get me wrong: The G6 is probably LG’s best ever phone, with a metal and glass design, a great dual camera setup, and that stunning display. I still think it’ll sell much better than the G5. But the S8 took its most noteworthy feature – trimming the bezels to oblivion – and cranked it up a notch. Not only that, it also has more powerful specs, sports unique features in the form of Bixby and DeX, and looks way prettier to boot.

LG is partly to blame here. It took a gamble and decided to get a head start by releasing the G6 about a month before the S8, yet with leaks and rumors aplenty, I reckon most users simply waited to see what Samsung was unveiling anyway. I can’t imagine LG didn’t have an inkling Samsung was going to go a similar route with the display, and the company simply didn’t do enough to differentiate itself.

At least in past years, LG catered to the power user with features like a removable battery, but now LG is fully on the sealed-design bandwagon. Problem is, if it’s going to imitate the competition, it can’t just play catch-up – it has to try to leapfrog it in some areas too. With nary any differentiation, I can’t imagine many people walking into a store, holding the two devices side by side, and then walking out with the G6.

This isn’t to say the G6 doesn’t have genuine advantages over the competition. Consider durability: LG says the G6 is built to same military drop standard as the V20 – a phone I’ve dropped dozens of times and have somehow managed not to crack. It also has an incredibly versatile ultra-wide angle camera that replaces the need to shoot panorama photos.

That means that for my own personal use, I would likely choose a G6 over an S8. The V20 has been my daily driver since launch and I appreciate both the ultra wide angle camera and the ability to survive a few tumbles (I hate using cases).

And yet LG doesn’t seem to know how to sell its advantages. LG’s first TV ad says nothing about durability, and does a poor job of showing off the wide-angle camera’s versatility.

That leaves LG in a bit of a pickle: Other than those two features, the G6 isn’t particularly exceptional. The specs are typical for an Android flagship, the UI is boring, and even the new hardware is awfully generic.

The adoption of a sealed metal design overall feels like a “me-too” move rather than an attempt to meaningfully stand out. I would’ve actually preferred something esoteric like on the original V10, or even some wacky design element like the G-Flex’s bendable display. Something that was at least, you know, different.

But instead we got more of the same. After the Note 7 fiasco, LG had its biggest chance yet to deliver a blow to Samsung, but it just didn’t swing hard enough.