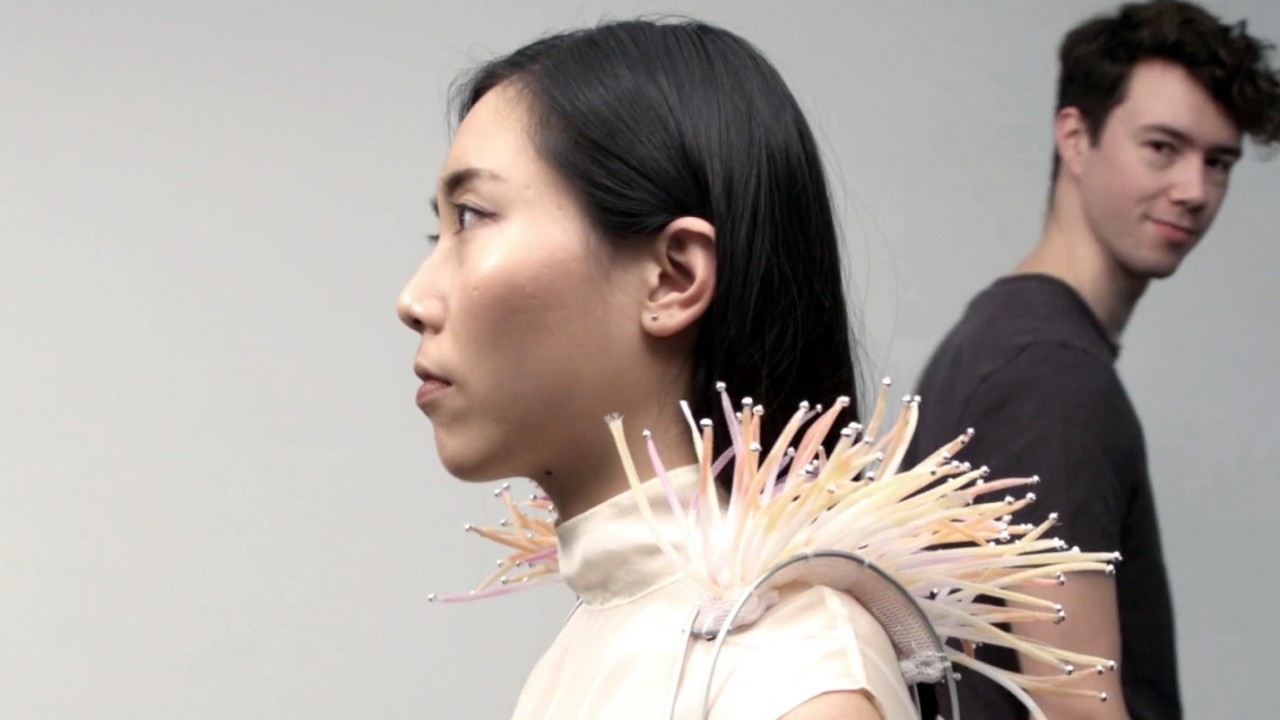 Ever wanted to attract a few glances? Put these two alien-looking anemone on your shoulders, and problem solved!

The anemone are part of a larger, upper-body wearable called Ripple. It’s designed to alert you when someone is staring at you — via two cameras within the shoulders — by sending a shiver down your back with the wire shoulder rig. If you turn to look at your admirer, Ripple will tap you in the chest when you’re facing the correct direction.

Perhaps most creepily of all, the anemone will move in response to perceived attention. The designers say it’s “inspired by courtship observed in nature.”

The designers of the product seem very concerned that face-to-face flirting is disappearing in a world where everyone is glued to their smartphones all day. They say:

We are less present in real life, making it harder for us to communicate with others face to face. Although we are constantly surrounded by people, we behave as if we were on our own. We believe that our eyes always communicate, longing to connect with others. Ripple enhances this channel, and expands our awareness of what is happening around us.

Jokes aside, the concept of a wearable able to detect an emotion as complex as attraction is intriguing. We’re just not sure if a person wearing pink shoulder tubes on a wire harness would be attracting the kind of attention most people want.