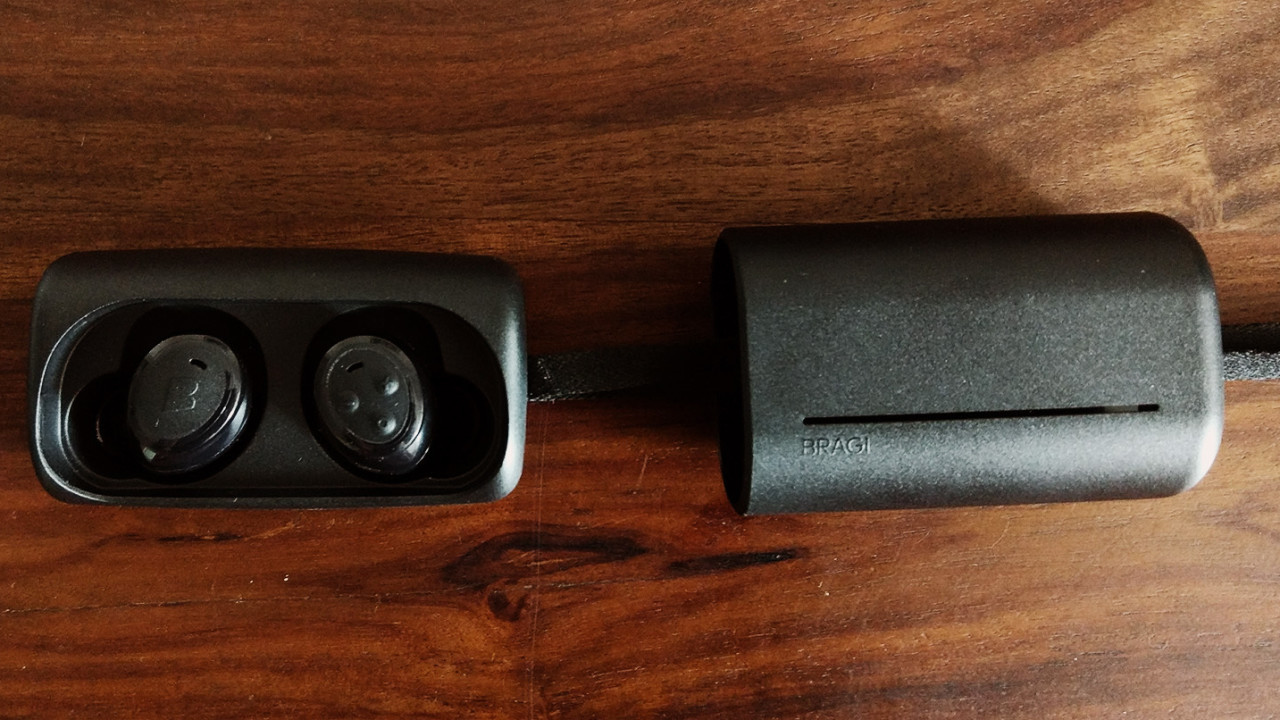 German audio gear maker Bragi’s first product, The Dash, was incredibly ambitious – a pair of wireless headphones with built-in fitness tracking and onboard storage to play music without relying on a phone.

The imaginatively named sequel, The Headphone, is a simpler affair with just the ability to play music and handle calls when connected over Bluetooth with your phone. – but with its clever design, intuitive controls and commendable performance, it’s no less desirable. I put them through their paces over the past few weeks to see if they lived up to the hype and the $150 asking price. Read on to find out if they’re worth ditching cables for.

The Headphone features the same bud design as the Dash, which is a good thing: the buds look discreet, fit easily and snugly in your ears and are light as a feather so you don’t feel uncomfortable wearing them over extended periods of time.

The buds fit into a custom case that charges them up when connected to an outlet with a standard microUSB cable. The buttons for controlling playback, volume and calls are located on the right side and are easy to distinguish without having to look at them.

Overall, the Headphone feels well built and durable, and they look like they can easily handle a few drops to the floor without breaking into pieces.

The Bluetooth-based Headphone pairs almost instantly with your phone and doesn’t require any software setup. It also manages decent sound quality for calls with such tiny wireless buds; I didn’t get any complaints about audio coming from my end when I phoned people.

What’s especially nice about the Headphone is its nifty audio transparency feature, which uses a mic to let you hear things around you at the touch of a button without having to remove your earbuds.

They sound just fine when you’re listening to music and podcasts, with a crisp, clean audio profile that’s a bit light in the lower bass frequencies. It’s not as much as fun when you’re watching movies though, simply because the Headphone isn’t as great at conveying atmosphere as other devices I’ve tried.

I also noticed occasional connectivity hiccups when I was listening to music on my bike with my phone in my pocket. That’s a bit of a bother given how close the two devices were to each other, but your mileage may vary with your phone and how you use it; I got better results when the Headphone was paired to my iPhone 5s than to my daily driver, a Xiaomi Mi 5.

You can expect to get about five or six hours of audio playback on a single charge, which means you can use the Headphone through commutes to and from work as well as a workout or daily run. Any more, though, and you’ll need to remember to always carry the charging case with you.

Should you buy the Bragi Headphone?

At $150 ($166 over at Amazon), Bragi’s offering is among the cheaper ‘truly wireless’ earbuds out there, and it definitely offers great value for that price. The sound could be a bit more powerful, and I wish it didn’t drop its connection as often, but I was otherwise impressed with the build quality, battery life and overall comfort.

If you’re looking for a pair of in-ears that are easy to wear for several hours each day and won’t break the bank, you should definitely consider the Headphone.