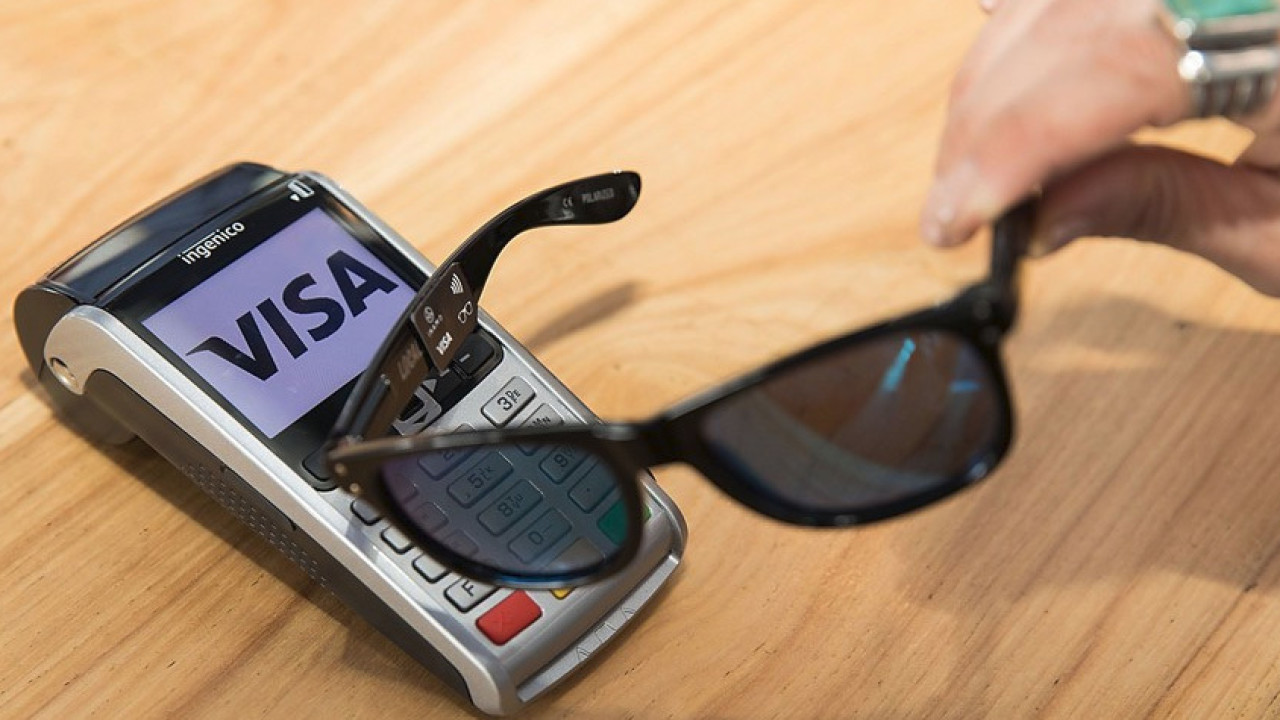 Ever wonder how you might make the world a better place if money wasn’t an object? The best Visa could come up with is a pair of sunglasses equipped with an NFC chip that lets you make contactless payments in stores.

The company unveiled a prototype that pairs with a prepaid card at SXSW earlier this week, as well as at the Quiksilver Pro and Roxy Pro surf competitions in Gold Coast, Australia.

Chris Curtin, chief brand and innovation marketing officer at Visa, told CNBC, “Our view is we take form factors that you don’t expect to be payment-enabled like sunglasses or maybe like a ring and expose to the market that maybe it can be.”

That’s cute, but what about the fact that maybe we don’t need every portable product in our life to double up as a liability? Visa notes that anyone can use your shades to pay for things, so you better not misplace them. And in case they do go missing, you’ll have to cancel the card associated with your glasses to avoid misuse.

Oh, and you shouldn’t use them after dark, because they’re sunglasses.

This experiment by Visa highlights the sort of misguided thinking that’s permeated the wearables space. These sunglasses aren’t a real solution to a sizeable problem, they make you worry about losing them and they have a limited use case.

That’s not to say that companies shouldn’t try new things, but I’d much rather see them work on products that are genuinely valuable to people.

I know my inner grouch is being louder than usual on this one. Visa insists that its trial with these glasses is really about showing how we’ll soon be able to embed payment chips into all kinds of devices and accessories, and that’s great. But in failing to address issues around authentication and realistic use cases, it leaves us feeling like bleeding-edge tech can only ever come with numerous caveats.

Errata: We previously mentioned that Visa distributed 50 pairs of sunglasses to influencers and partners and influencers in a limited trial in Australia, based on CNBC’s report. The company said this is factually incorrect, but did not specify how many pairs it gave out or if it did at all.