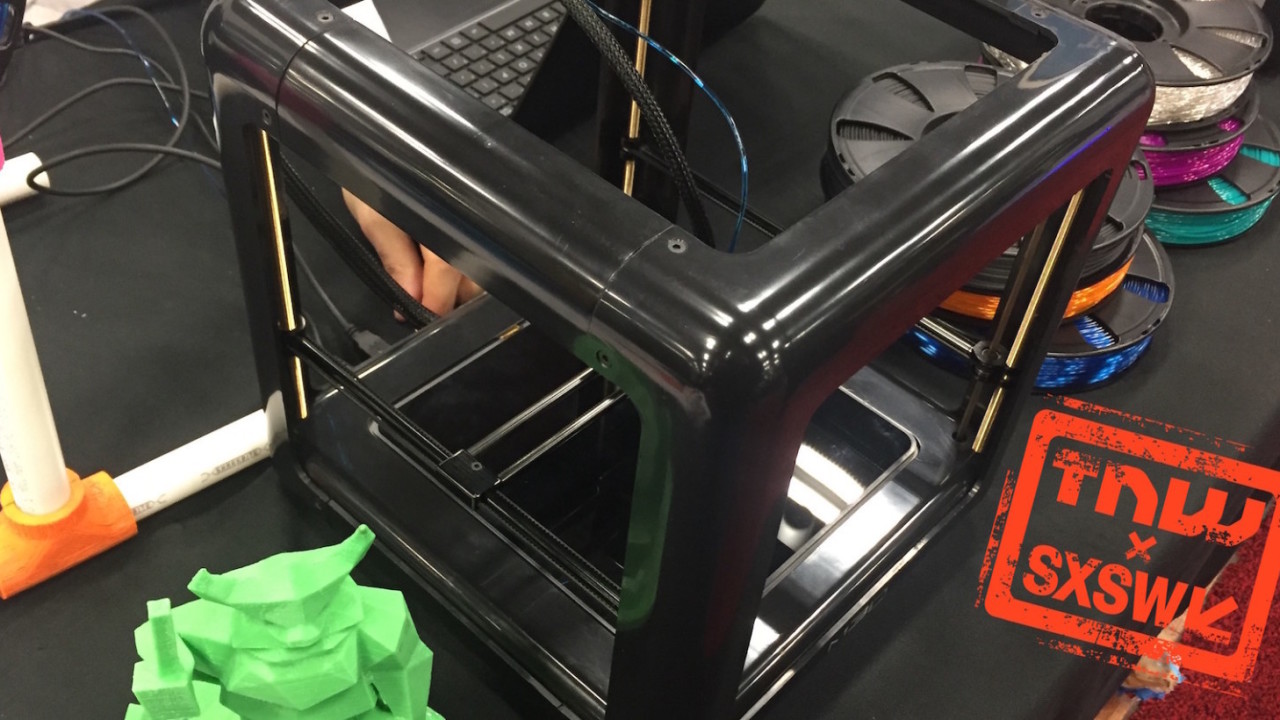 Ever wanted to get into 3D printing, but didn’t, because they’re too big and too expensive? Or found most 3D devices on the market clumsy and prone to jams? The M3D Pro printer is designed to be small, cheap, and capable of correcting for error on its own.

The M3D Pro is a variation of the original Micro 3D printer the company showed off at SXSW, now with built-in, self-aware software which corrects jams and errors without user input.

The Micro 3D and Pro are small cubes, designed to be easily stored, transported, and used by the consumer. The Pro is roughly nine inches all around, only a couple of inches larger than the original, and is very light. While there are other small 3D printers out there, the M3D is more space-efficient with its square design and open printing bed.

The M3D printers use filament spools fed through the bottom of the device to print. The designs can be very intricate, with my favorite being this regal little lion.

While the device is useful, and it’s material versatile, any item it prints is limited in size by necessity.

3D printers as most people understand them, are large, immovable, difficult to operate, and costly. The Pro is none of those things, and its filaments are relatively cheap. The filaments go for $15-25

Also, the Pro is designed to remove the inherent frustration of jammed printers or faulty designs without the user needing to do anything.

The M3D Pro was funded on Indiegogo, and the company is taking pre-orders on its funding page. It expects to ship the Pro out by May 2017.

Good news: Its little brother, the Micro 3D, is available right now! You can buy the Micro 3D in seven different colors, along with dozens of different shades of filament and several accessories. The Micro 3D is $299, available on the company’s website.