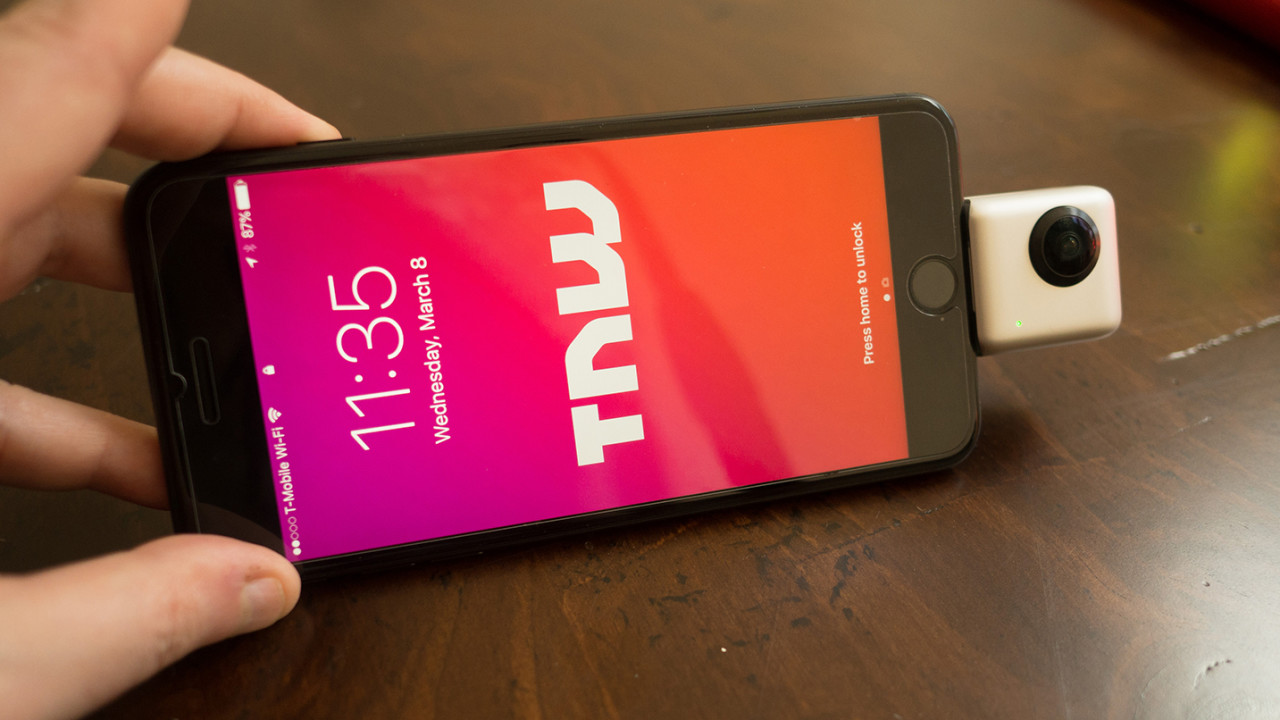 VR video is the next big thing, but most of us still think that requires an expensive rig. It doesn’t.

Insta360 Nano turns your iPhone into a 360 degree camera with a simple app and a Lightning-connected dual-lens system. It’s short on bulk, but packs a ton of cool features and superb image quality into a sub-$200 device.

Nano features two cameras on a dongle-type device that plugs into the bottom port of iPhones from the 6 on up. Each camera provides a wide-angle view of the world around you and the app stitches them together rather flawlessly to create a full 360-degree image.

To start, you’ll plug the camera in, download the accompanying app, and create an account. It’s upside-down, which is odd, but makes more sense once you remember you’ll be using your phone this way while shooting 360-degree video (the Lightning port is on the bottom, remember?).

The setup for live 360 streaming is a little tricky, but once you’ve done it, the process all starts to make sense. If you’re planning on shooting these sorts of videos on the fly, it’s probably best to just shoot them and upload to your favorite service once you’re done. The live video part takes a little bit of legwork, and according to Facebook, the device authentication expires after a few days, meaning you’ll have to re-do the preparation after that timeframe.

If you’d rather just shoot, and deal with the video later, you can upload the videos to the built-in cloud platform and viewer, or download them directly to your device. For me, this was the preferable method, but only because if I’m using my iPhone for photos or video, it’s generally on-the-fly.

For planned stuff, I typically use the Olympus OM-D E-M10 instead.

For those that live on Instagram or Facebook, yeah, by all means. It’s a ridiculously useful contraption that is sure to increase engagement and provide some really cool content. The live streaming feature is also a big plus for social junkies, like us.

For more casual users, it’s probably not something you’ll remember when you’re on-the-go, nor will you want to fuss with the additional steps required to grab a quick photo or video. That said, it would certainly add visual interest to travel or event photos if you find yourself getting out of the house regularly — and trust me, we’re all tired of seeing your boring images.

In short, it’s a useful tool if you plan to use it, but I don’t think it’s an everyday device for most people, or even one they’ll use all that regularly.

But, for power users/travelers/social junkies, it’s a steal at $199. Grab yours at Amazon, or on the website.