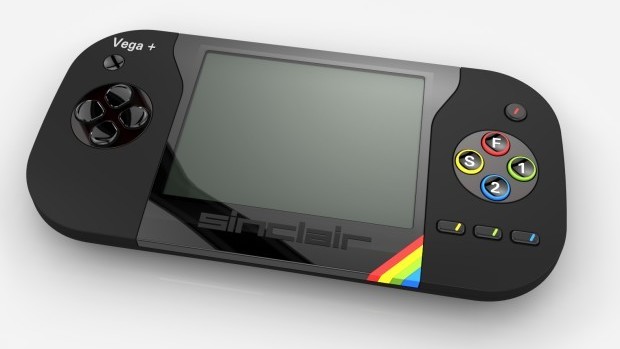 There’s always an element of risk whenever you back a crowdfunding campaign. Always. It doesn’t matter if the campaign is overfunded, or is backed by a well-known figure in the tech industry, there’s always a chance you don’t get what you paid for. The Sinclair ZX Vega+ is a shining example of this.

The Sinclair ZX Vega+ was supposed to take the iconic home computer from the 1980’s, the ZX Spectrum, and transform it into a portable form-factor.

This resonated a chord with nostalgic gamers, and the ZX Vega+ smashed its funding goal. By March 27, 2016, it was 367 percent funded. The device also earned the backing of ZX Spectrum inventor Sir Clive Sinclair.

But despite this, the company behind the campaign – Retro Computers Limited (RCL) – have failed to ship a single unit, despite promising that the handheld computers would “ship after 20 Feb 2017.”

As a result of this, and a failure to communicate progress with backers, Indiegogo has refused to allow Retro Computers Limited to raise any more funds on its platform.

The sordid details of this troubled campaign were exposed in an explosive investigation from the BBC. According to the article, Retro Computers asked the BBC to delay their coverage due to “credible threats of violence” against staffers of the company.

Following a credible threat of violence against personnel of Retro Computers Limited, including threats made as recently as last night, we asked [technology desk editor] Leo Kelion and the BBC to refrain from publishing a story we believe to be factually inaccurate and might put people at risk of physical harm, alarm and distress.

The BBC said it delayed publication of the article to provide Retro Computers Limited an opportunity to share evidence of the threats, but it failed to do so. The article also notes that Gizmodo published and then deleted an article about the campaign after it was told of the threats.

Perhaps most amusingly, the RCL threatened the BBC with legal action after it asked about the status of the product, accusing it of “supporting and participating in a malicious campaign intended to denigrate our clients’ reputation.”

Although RCL has previously (and successfully) shipped a Sinclair product, it appears that this one has proven to be too difficult for the company, with several frustrated backers now demanding a refund.

We’ve reached out to RCL co-founder David Levy with a comment. If we hear back from him, we’ll update this piece.