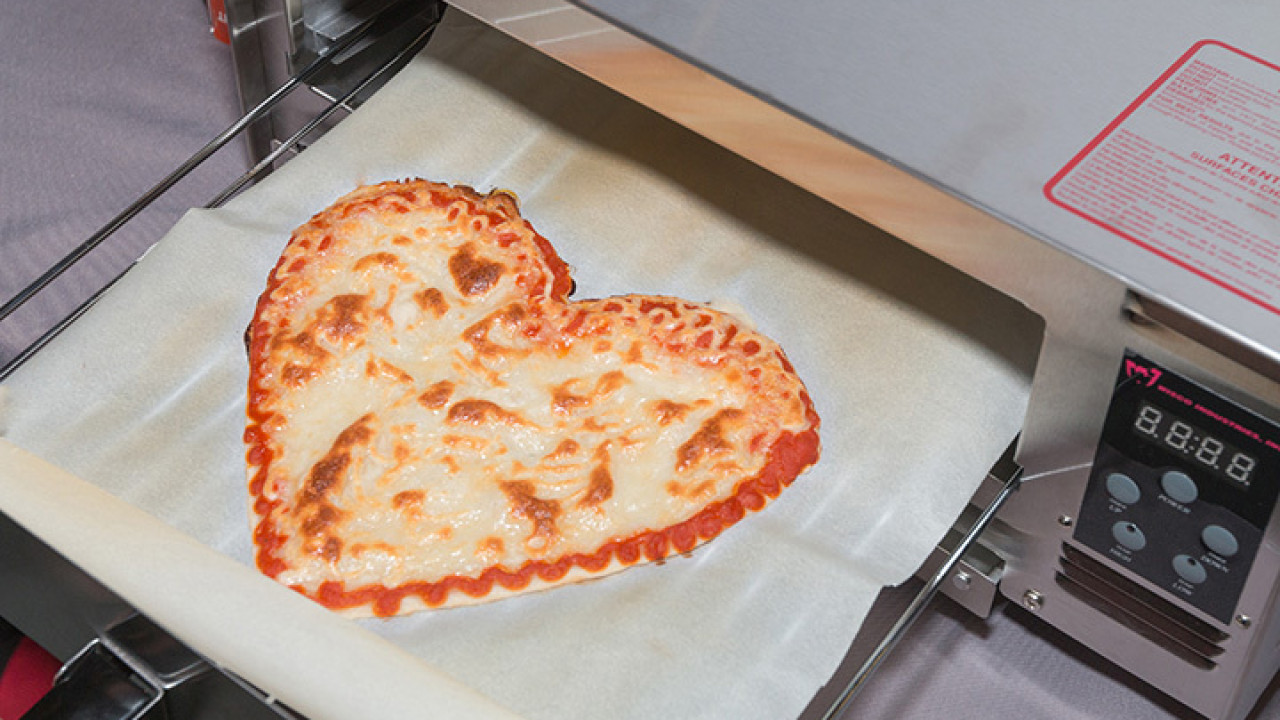 Forget about autonomous cars for a second and imagine a world where delicious pizza goes from concept to noms in all of six minutes. It’s as American an idea as the bald eagle: food at your fingertips with minimal effort. And it’s now real.

BeeHex, a Silicon Valley startup has invented a bot that can 3D-print a pizza.

It all starts with a smartphone app. After selecting the pizza’s size, dough, sauce, and cheese the bot goes to work. In all of 60 seconds the machine creates the pizza before notifying you its time to put it in the oven. Five minutes later you get delicious pizza.

And if you’re feeling artistic, the pizza bot offers customization options. Simply upload a jpg, and the machine will do its best to mimic the shape and curves contained within the image — like this USA-shaped pie that screams freedom.

BeeHex recently secured a $125,000 grant from Nasa to continue development of the project. Ultimately, the organization hopes the bot can provide something a bit more appetizing than vacuum sealed food for astronauts during future Mars missions.

The $125,000 is just icing on the cake. The company secured $1 million in seed funding last month, according to TechCrunch, to launch its first commercial product: Chef 3D.

Starting later this year, Chef 3D could start popping up everywhere: theme parks, sports stadiums, malls. Its team touts the machine’s cleanliness and efficiency, saying the machine only requires one person to operate and tends to be faster than humans working at the typical pizza chain.