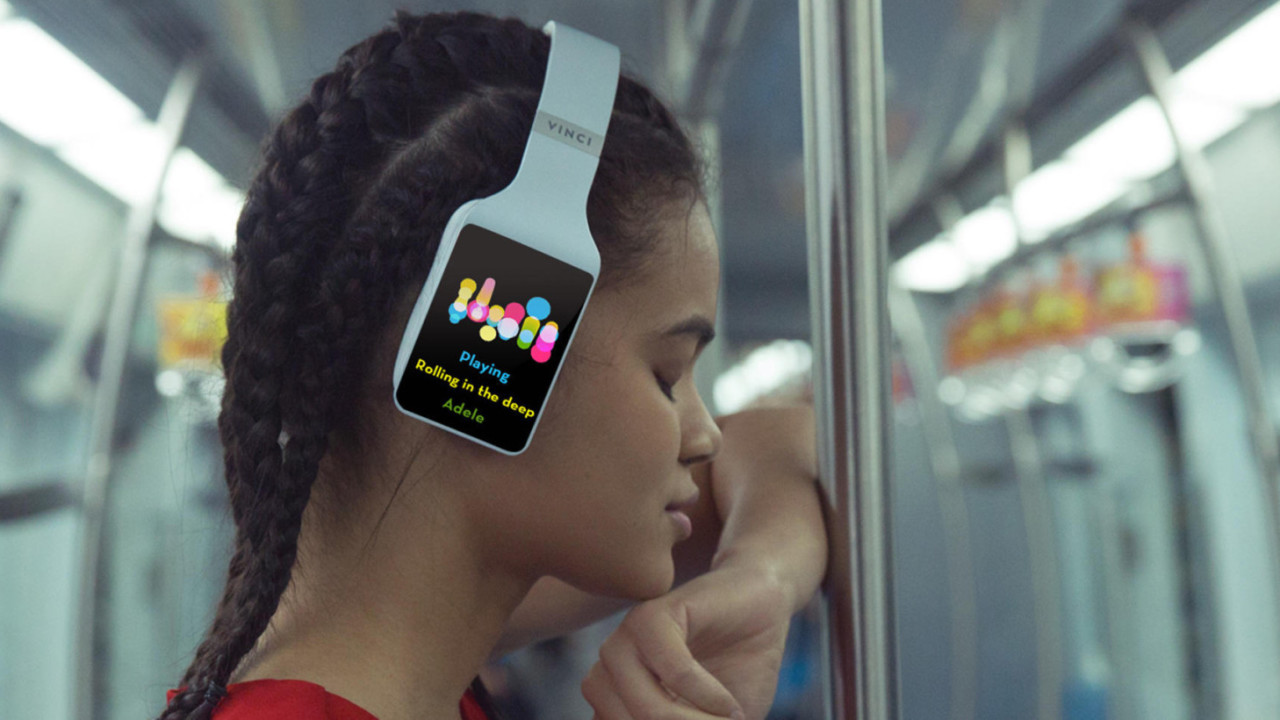 As someone who listens to multiple albums’ worth of music each day, I thoroughly enjoy discovering new sounds and artists. But what I like more is connecting with people because of a shared interest in tuneage.

Between a ton of records collected over the years, YouTube’s ever-growing library of tracks and videos and platforms for indie artists like Soundcloud, I’m drowning in stuff to listen to. The trouble is that these days, it’s mostly a solitary experience.

In recent times, the focus in music technology has been on making content more easily accessible to listeners, with streaming services becoming available worldwide and offering up millions of songs for a flat monthly fee.

Sadly, what doesn’t seem to have been explored much is using music to enable social interactions in the world.

I began thinking about this while testing Vinci’s headphones. Although the company is keen on pushing features like support for voice controlled playback and built-in fitness tracking, what piqued my interest the most was the screen on the outside of the earpiece that’s visible to anyone around you.

That sounds kinda silly at first – what good is a screen that you can’t see? But maybe there’s something novel in there. Imagine that the screen displayed the track you were currently listening to, so others could see it too. That could spark a conversation with a stranger about your tastes in music and perhaps even lead to the two of you swapping tunes and recommending local gigs to check out.

That same screen could also display a message indicating that you were open to listening to other people’s recommendations.

So if your headphone screen showed a particular icon, someone could approach you and offer to play you a track – and you could do the same for them. Simply plug your headphones into their mobile device or even connect wirelessly, and BAM! Instant music discovery and a human connection at the same time.

Sure, you could replicate some parts of these experiences with apps – but then you’d lose out on the chance to meet a fellow human being in that moment.

Back in the 80s and 90s, boomboxes that featured cassette players and integrated speakers were common in the US and let the entire block know what you were listening to. Now, with discreet little smartphones and earbuds jammed right up next to our cochleas, there’s little chance of sharing your music with strangers in real life.

Miles Lightwood, founder of the online archive Boomboxラジカセ Creators, articulated this well in a 2013 interview with Collectors Weekly:

Anytime I share music from a boombox in public, I meet new people, learn new stories, and everyone has a great time. Listening to an MP3 player in public just isn’t the same.

Of course, it’s worth debating whether people will mind an intrusion into their personal space while commuting or hanging out at a park. But it feels like all the amazing technology we now have at our disposal for enjoying music is closing us off from other people instead of bringing us together.

The gadgets and services needed to make music more social seems fairly simple to create at this point. The question is, are we ready for it?