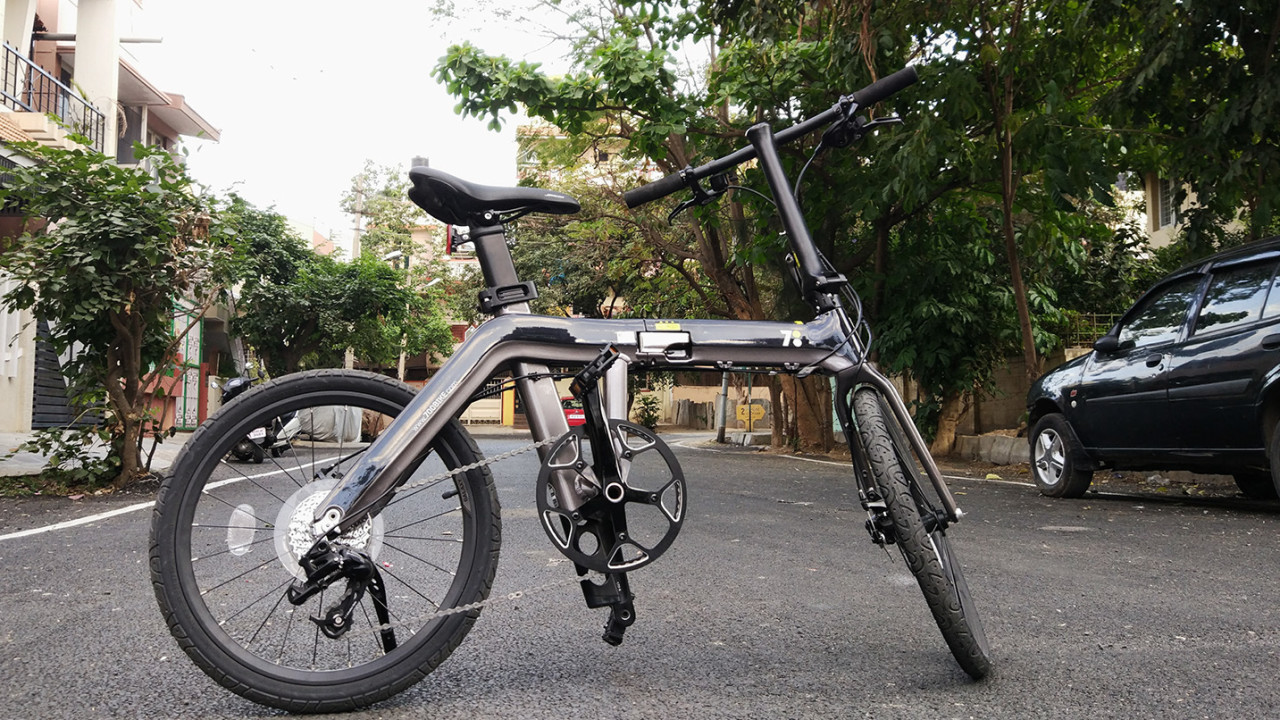 Folding bicycles are great for saving on space if you store your ride inside your home, garage or office – and it’s also easy to carry into subway cars and stairways.

They’re available across a wide range of styles and price points. But if you’re looking for something that’s truly durable, well designed and tricked out with tech, you’ll want to check out 700Bike’s excellent Galaxy.

This Red Dot Design Award-winning city bike from the Beijing-based manufacturer features an aluminum alloy frame that’s sturdy and fairly lightweight, high-quality components and smart digital features. But is it worth the $525 asking price?

The Galaxy looks stunning from every angle with its clean lines that seem to draw inspiration from automotive design rather than from traditional bicycles. That sort of thinking extends from the streamlined frame to the chunky headset that houses a digital display, to the integrated crankset.

As with most other bikes of its kind, it folds in the middle of the frame. You can fold down the handlebar and pedals, as well as push the seatpost down through a channel to pack it away into a small space or carry it easily. I found that the most comfortable way to pick it up was to grip the wide fork below the seat.

Across all its parts, the finish and build quality on the Galaxy are spectacular – and that’s partly what the high price point is about. As an example, 700bike points to the frameset, which uses a sophisticated 3D welding technique to produce the head tube and top tube from a single mold, and their durable folding mechanisms blend seamlessly for a sleek look.

The Galaxy weighs in at about 27.5 lbs (12.5 kg), which makes it light enough to trundle up to the elevator in your apartment or office building, and comparable to other pricey folding bikes on the market today.

The Galaxy comes with CST Kevlar-protected anti-puncture tires on 20-inch aluminum rims, 140mm disc brakes by Tektro, and an SRAM X5 9-speed shifter with matching rear derailleur and PG950 cassette to make for a comfortable ride on asphalt, cobblestone and any other terrain you’ll encounter in town. A Selle Royal Comfort saddle rounds out the package nicely.

I love the fact that the seat is easy to adjust to precisely the height you prefer, and that the bottom of the seatpost serves as a stand for when the bike is folded up.

On the tech front, you’ll find a classy black-and-white LCD display built right into the handlepost. It shows you the time as well as your current speed and the distance you’ve traveled. The Chinese edition supports a SIM card that pairs with an integrated GPS chip to show you your route on the screen, but sadly, that’s not included in the international version that I tested.

There’s also Bluetooth connectivity to sync your ride data with your Android or iOS device. In addition to your fitness activity, you’ll also be able to track your ride distance across the week and month, and even see how your performance stacks up against other 700bike owners from around the world on a leaderboard.

I tested the Galaxy over a couple of weeks on paved stone paths and asphalt roads in my hometown of Bangalore, India. The bike felt comfortable pretty much everywhere I took it, though I’d have preferred a more supportive suspension system to take the edge off craggy gaps and oversized bumps that are all too common on Indian streets.

If you’re looking to get in some exercise, the Galaxy’s built-in distance tracking and its companion app can come in handy – it’s nice to be able to track and beat your distance regularly. However, it’d be nice to be able to do more with the app, like follow and share routes in your city, and perhaps even see daily distance challenges to beat.

When it’s folded, it’s easy enough to pack the Galaxy into the trunk of a hatchback or a storage closet; I simply left the bike in nooks around my apartment and quickly forgot it was even out in plain sight. 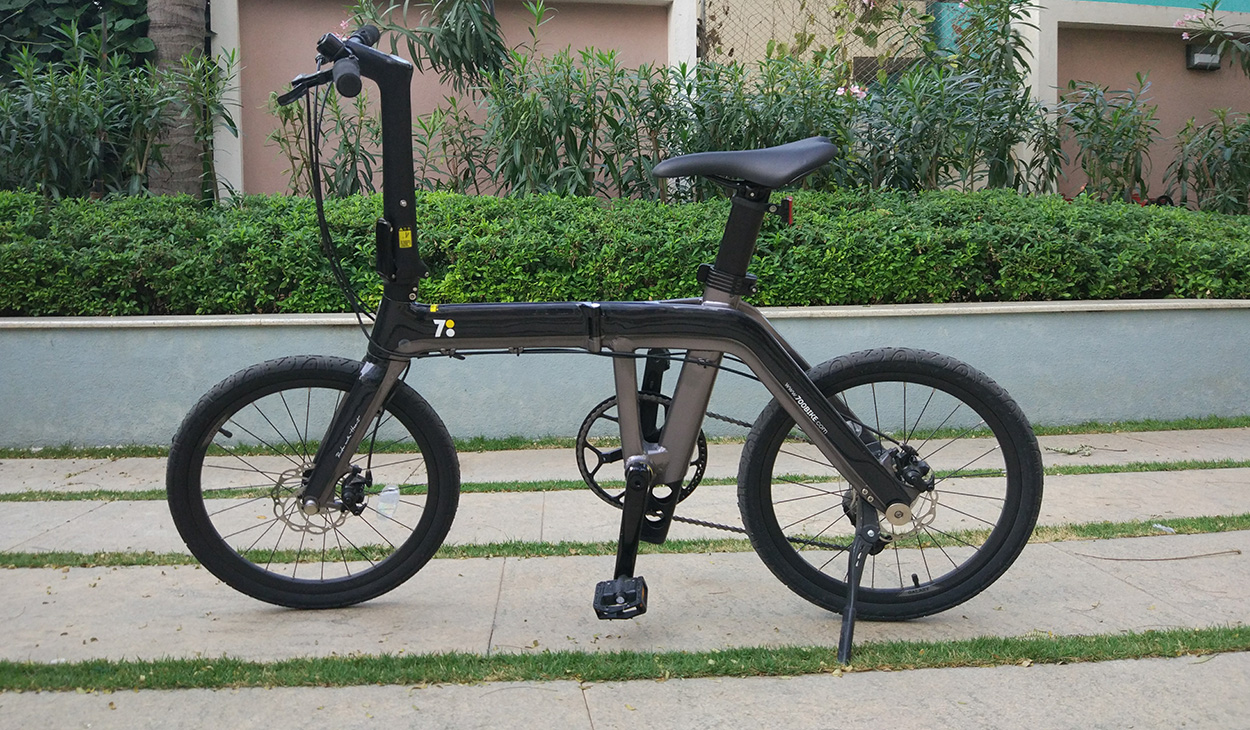 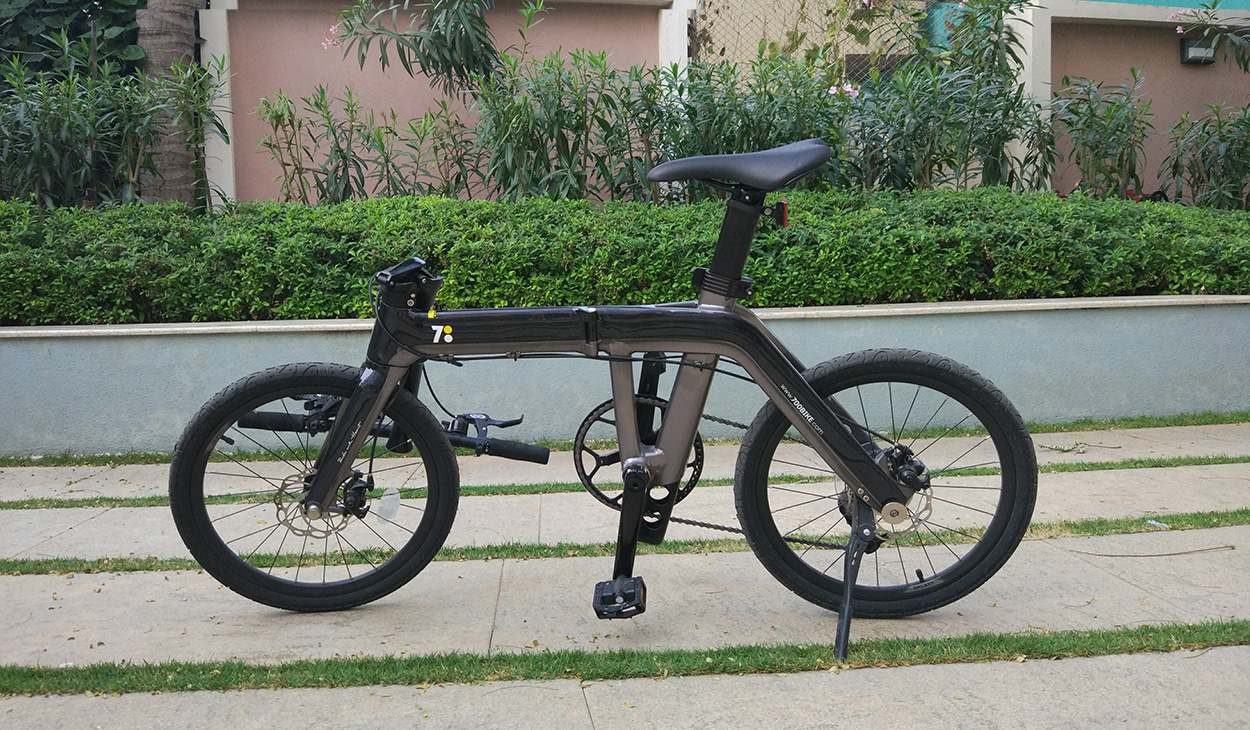 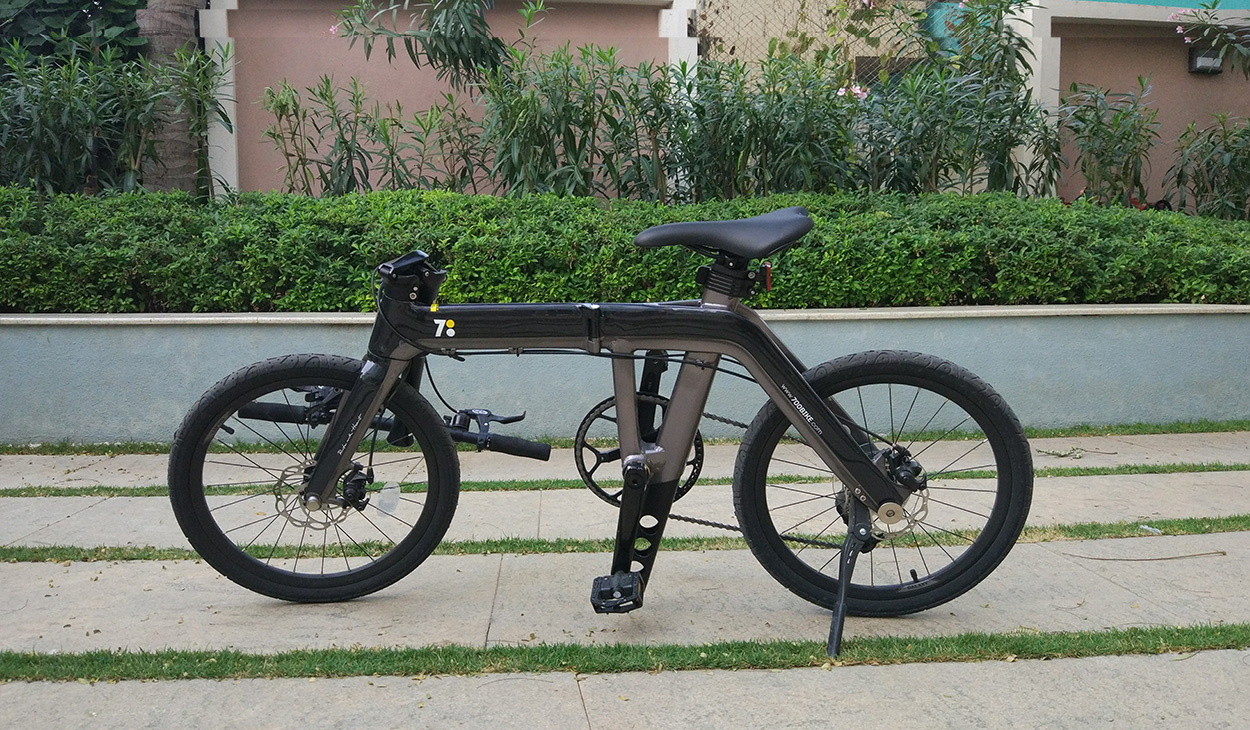 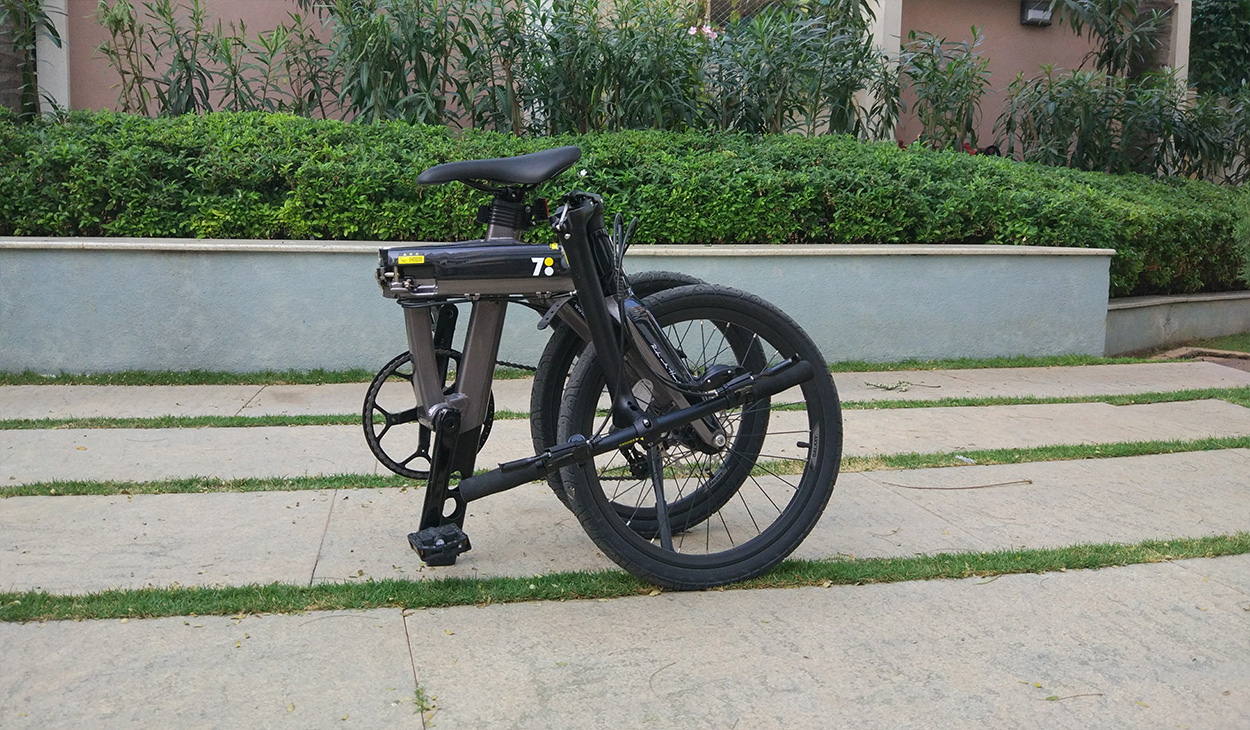 I also appreciated the thoughtful inclusion of magnets fitted at the center of the dropouts to hold the wheels together – that allowed me to simply push my bike along on its wheels without worrying about it unfolding and hitting someone in the shin.

My only real gripe with the Galaxy is that the included shifter doesn’t have a display to tell you which gear is currently engaged. That may not be an issue for veteran riders, but if you’re new to cycling, you’ll probably miss it.

With the Galaxy, 700bike has easily outdesigned every other folding bike on the market today, both in terms of appearance and practicality. Plus, its built-in screen and fitness tracking are nice to have. Pair that with high-grade components and top-notch build quality, and you’ve got yourself a winner of a city bike.

However, it’s pricing puts it at the higher end of the spectrum when considering the range of folding city bikes on the market today. For this price, you can pick up great folding mountain bikes from brands like Strida, Dahon and Montague. So what you’re essentially paying a premium for here is the design, finish and build quality.

If money’s not an object, this is as cool a ride as you can find in its price range. I’m not much of a cyclist myself, but I’m already in love with the Galaxy and love every minute on the saddle.

700bike currently sells the Galaxy in China and some parts of southeast Asia, such as Singapore for about 3500 RMB ($525). A Pro version with a lighter carbon-fiber body and even better components is also available at 7900 RMB ($1150). The company hopes to expand its sales and service across the US and Europe in 2017, along with an online store. For more information, check out 700bike’s site.