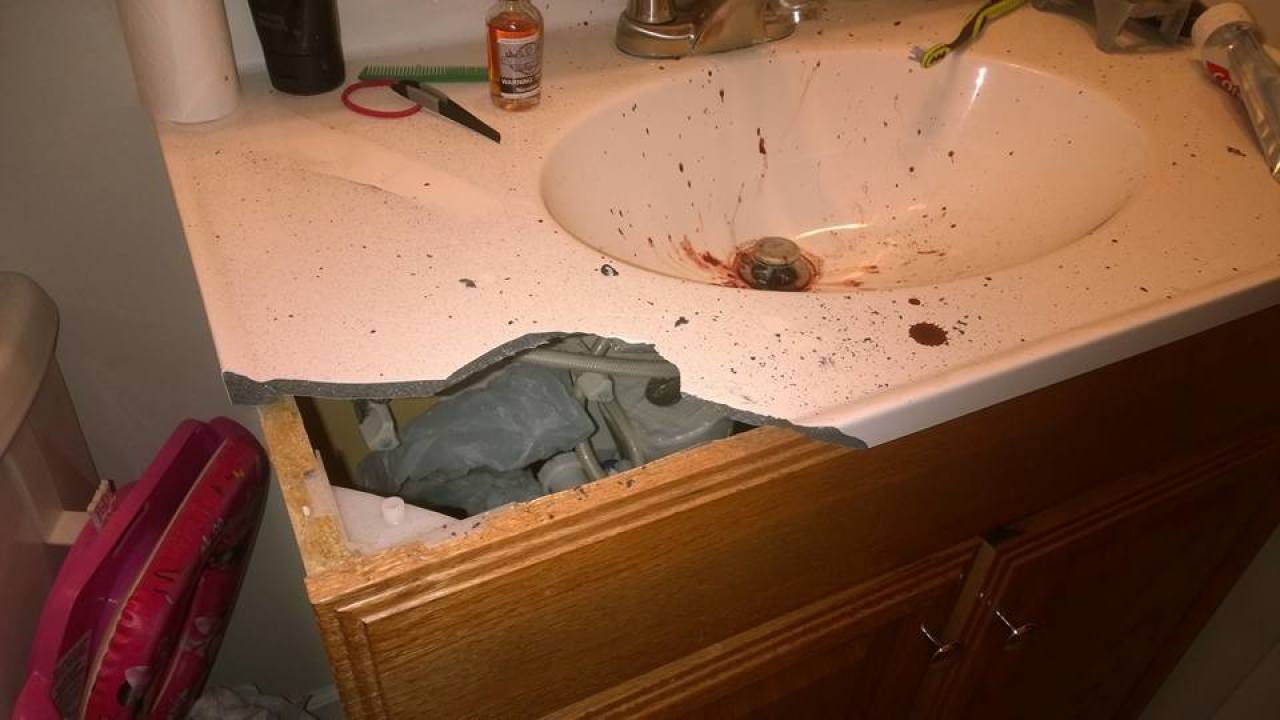 Getting an e-cigarette might help you ditch your smoking habit, but it can certainly do some serious damage when things go off.

A man from Idaho claims a faulty vaporizer pen blew up in his face, causing second-degree burns to his cheek and knocking out seven of his teeth. The incident took place on the morning of January 14 as Andrew Hall was taking drags from the device while getting ready for work.

According to the injured man, he did nothing unusual to trigger the explosion. “I’ve been doing this for about a year now and assure you I did not do anything I wasn’t supposed to,” he said. “[B]ut it exploded in my face.”

Hall has since shared extremely graphic photos from the incident on Facebook to sway other people from possible injuries.

The man also posted pictures from his bathroom where the e-cigarette blew up. As the images show, the explosion was so strong, it not only left numerous burn marks around the walls, but also snapped a huge chunk off the sink.

The photos also show the remains of the LG HG2 battery that Hall used to power his vaporizer and generate more vapor.

This is hardly the first e-cigarette related incident. Less than two months ago, a wine shop employee was caught on camera as the battery of his tuned-up vaporizer pen suddenly caught fire in his pocket. While the damages were not as severe as in Hall’s case, the employee in question used a customized e-cigarette that delivered higher voltage.

In another similar incident in France last October, a malfunctioning vaporizer left a man with second-degree burns after exploding in his pocket.

So in case you’ve been looking for a safe way to quit smoking, it seems that mustering up the power of will will do you more good than resorting to an e-cigarette.