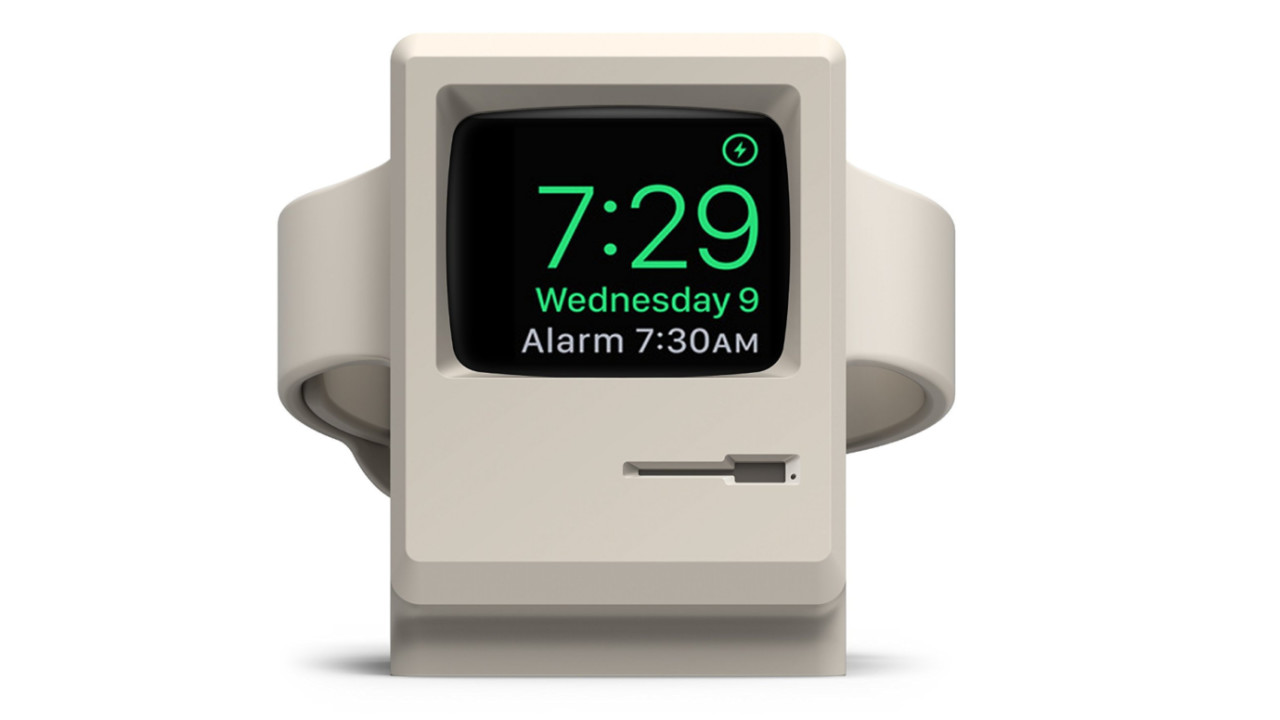 Christmas is over, but a $15 silicone smartwatch stand could still stuff your stockings if you’re one of millions of lazy people who have yet to take them down.

The Elago W3 stand looks like a miniature Macintosh and works with Series 1 and Series 2 Apple Watches (both 38mm and 42mm versions). The simple device was designed to support Apple’s nightstand mode, allowing you to use it as an alarm clock on your bedside table by just slipping the watch bands into the dedicated slot. It looks like a legitimate (albeit tiny) Macintosh, and even comes equipped with the floppy drive cutout.

At just $15 this is a no-brainer for Apple Watch owners/retro computing aficionados. Get yours at the Elago website or on Amazon.