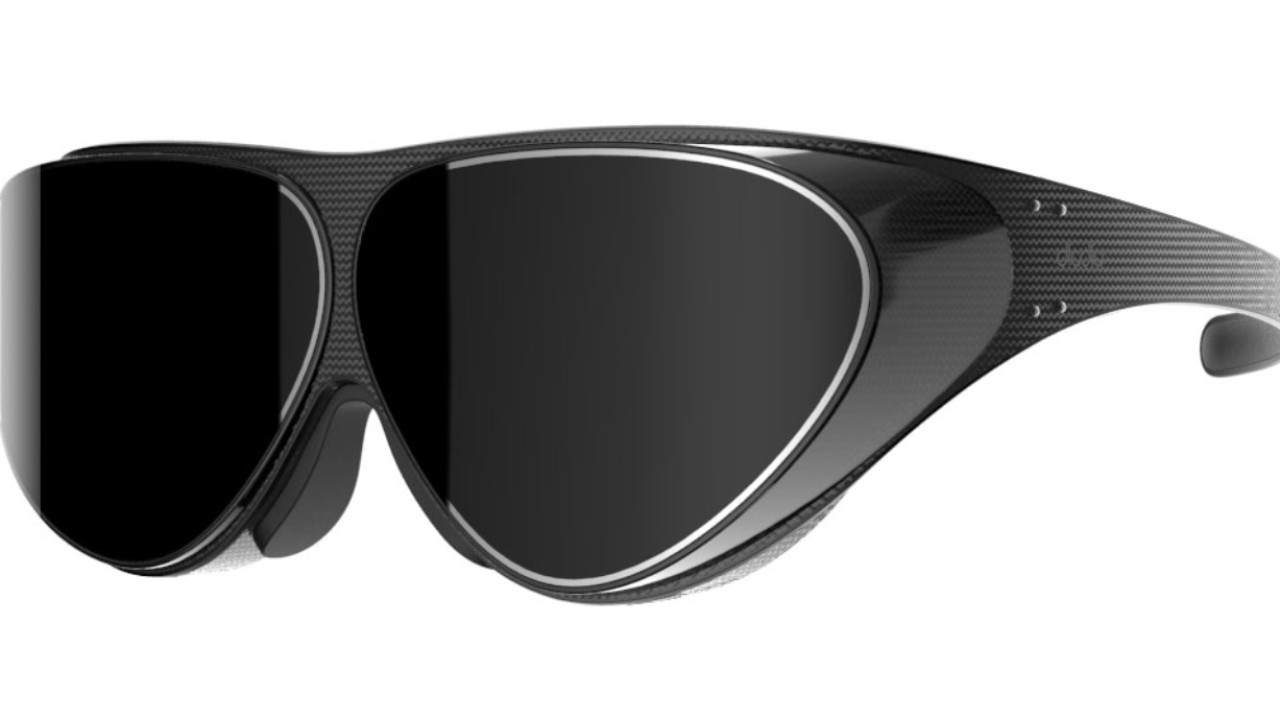 A VR headset that can be worn like a pair of regular glasses is pretty much the holy grail of the technology (until we get VR contact lenses, anyway). But while I expected decent VR glasses to be at least a couple of years away, I was surprised to find a pair in a small booth at this year’s CES.

It’s a VR headset that looks and, most importantly, feels like wearing a regular pair of glasses. Dlodlo’s V1 has actually been making the rounds since the summer of 2016, but most of the impressions I’ve read have been mixed. Since then, the company has been working on refining its product.

Though I hadn’t used the headset before, I was pleasantly surprised. Despite its diminutive size, it’s very much comparable to something like the Oculus Rift:

Those specs in such a small frame made me skeptical, only to be impressed when I put them on. Resolution was as good as Oculus or Vive, the lenses were fairly free of aberrations, and head tracking seemed perfect. There’s no positional tracking, so the experience is more barebones Oculus than Vive.

The experience as a whole was remarkably close to the high end VR headsets I’ve used. The colors seemed slightly duller than what I’m used to from Oculus, but it wasn’t particularly noticeable.

The only thing to really complain about in my brief trial was light leakage from the sides; glasses don’t provide the same blackout darkness a normal VR headset does.

Still, it’s seems a simple small shroud or flap on the sides of the glasses would fix that issue. I also don’t expect this to be nearly as much of an issue at home, compared to the cacophony of lights at a venue like the CES showfloor.

One of the caveats levied at the V1 was a lack of compatibility with existing VR platforms. Originally the company focused on running games from a smartphone accessory (called the D1), but the company says the headset will now be compatible with SteamVR, which is a much more enticing proposition. Indeed, the title I played was running off Steam.

Even if the headset has to be tethered to a device, there’s a real convenience to the size.

This is the first PC-power VR headset I’ve seen that you could just throw into a back pack. And even if it never leaves the house, putting on a pair of glasses is much faster and convenient than finding a comfortable fit for the strap on a larger unit. If someone talks to to you, you can simply lift up the glasses to the top of your head, instead of needing to undo your carefully adjusted headset.

The V1 are a preview of the future. Quite frankly, I was surprised to see a prototype like this from a small unknown company rather than one of the bigger names. But if this kind of an experience is achievable in 2017, I can’t wait to see what’s in store the next few years.

Alas, this is the real question mark. The V1 had a failed Kickstarter campaign back in September, perhaps because the product seemed to good to be true, and there were few details about what games it would run.

Still, Dlodlo intends to launch its product later this year, now with the advantage of being able to operate SteamVR games. Whatever ends up happening it’s a least a sign of great things to come.

For more CES 2017 news from TNW, check out our event page here.