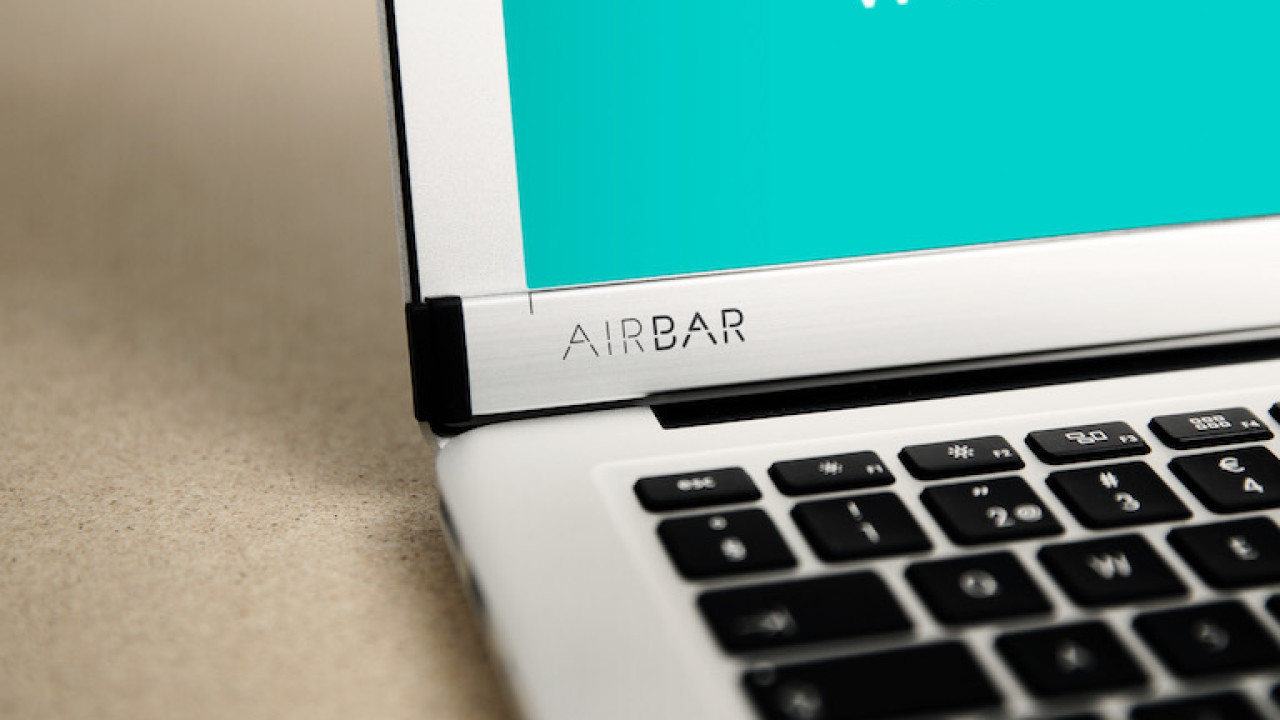 In case you were wondering, Apple is still anti-touchscreen, or so it seems. While the Windows PC market seems to embrace the 2-in-1 or convertible, Apple seems hell-bent on the idea of legitimizing the iPad Pro as a PC-competitor. It’s not.

It’s cool though, AirBar has you covered — at least if you’re a MacBook Air user.

AirBar is a tiny strip that plugs into the USB port on your PC (now including the MacBook Air) and turns non-touch displays into touch-friendly devices. To accomplish this, the plug-in device uses magnets to attach to the bottom of your screen and emit an invisible light field over the monitor. This light field measures finger position to act as a sort of hacked touchscreen and gesture control center for non-touch friendly devices.

It feels natural, and there wasn’t any discernible lag in the demo model at CES.

We believe the community of devoted MacBook Air users will welcome this new prod- uct, as AirBar for MacBook Air will surely enhance the user-experience of an already great product. Our goal for AirBar continues to be expanding its application to more devices, across even more markets. 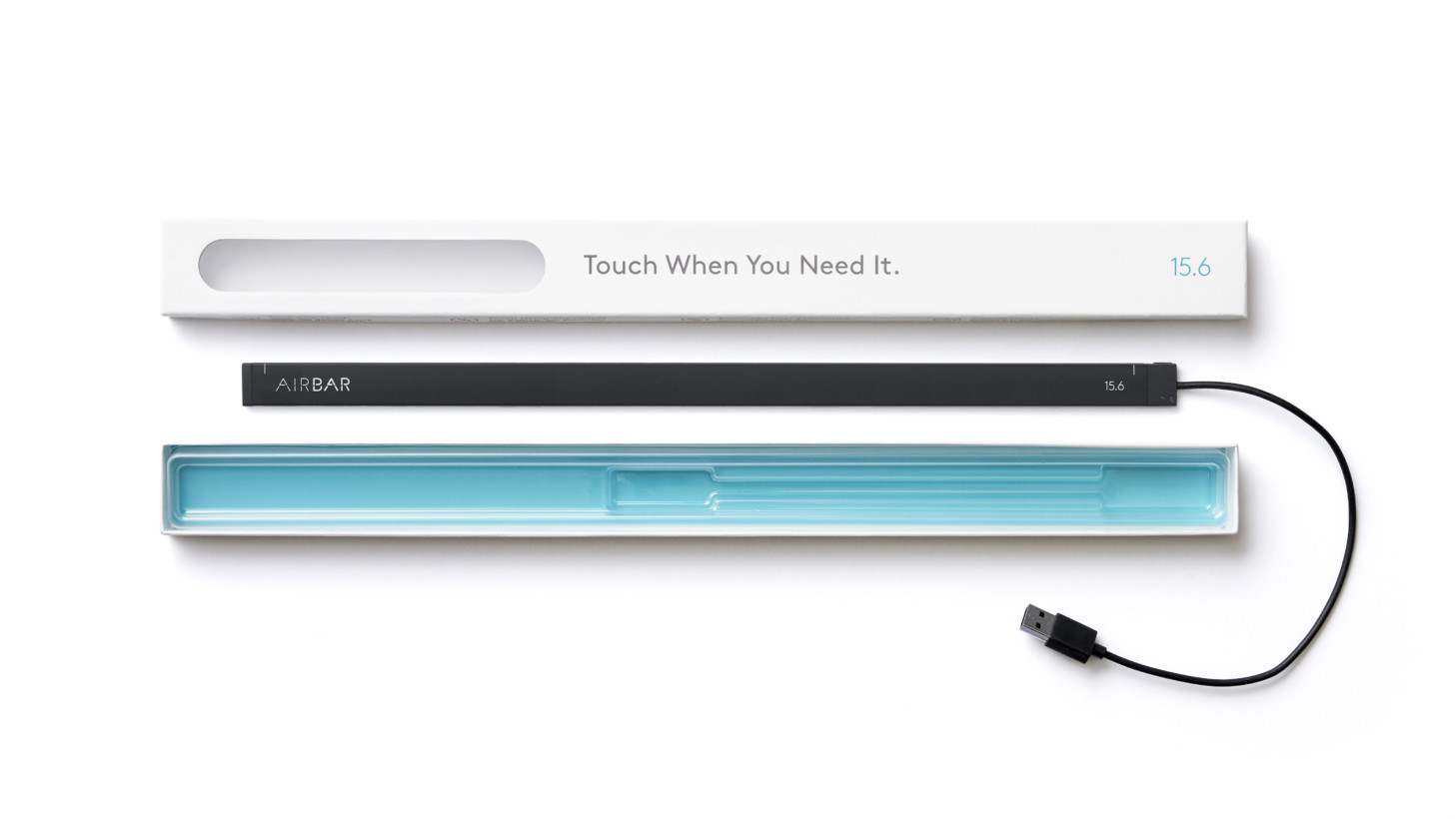 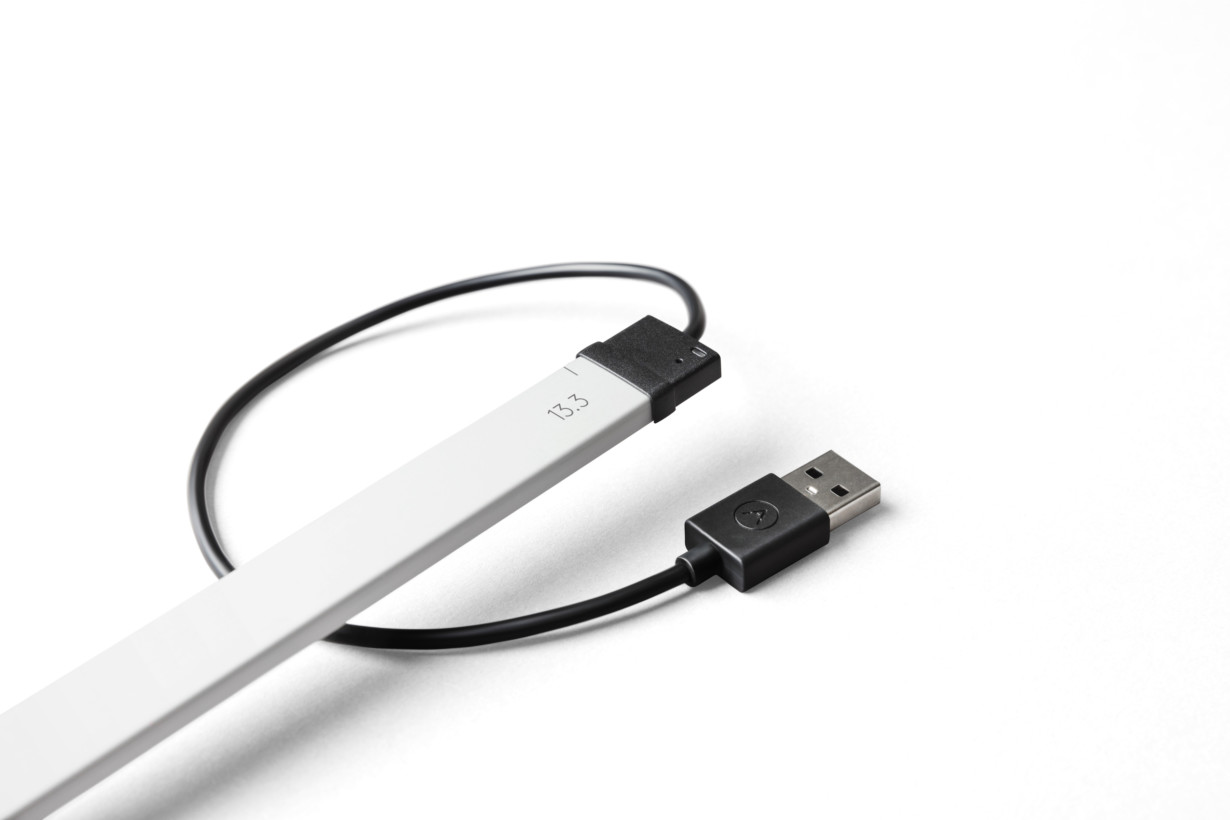 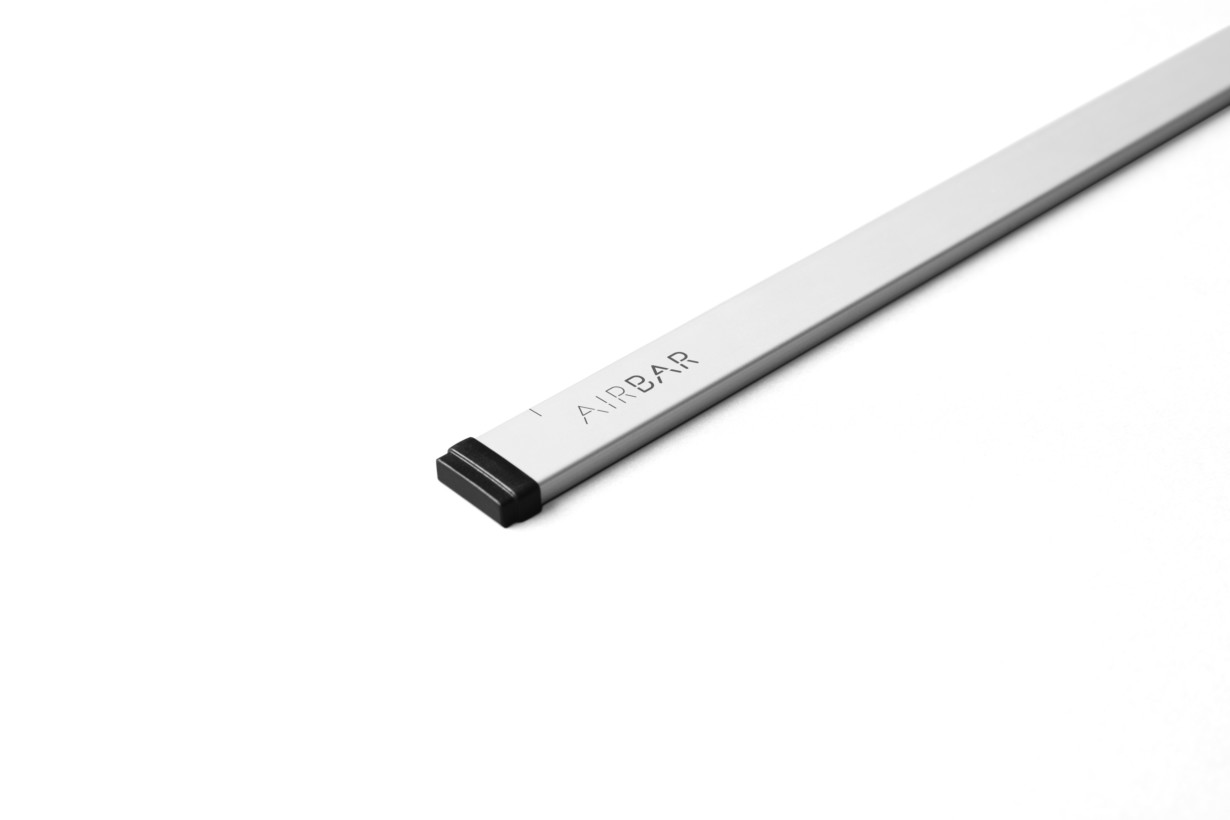 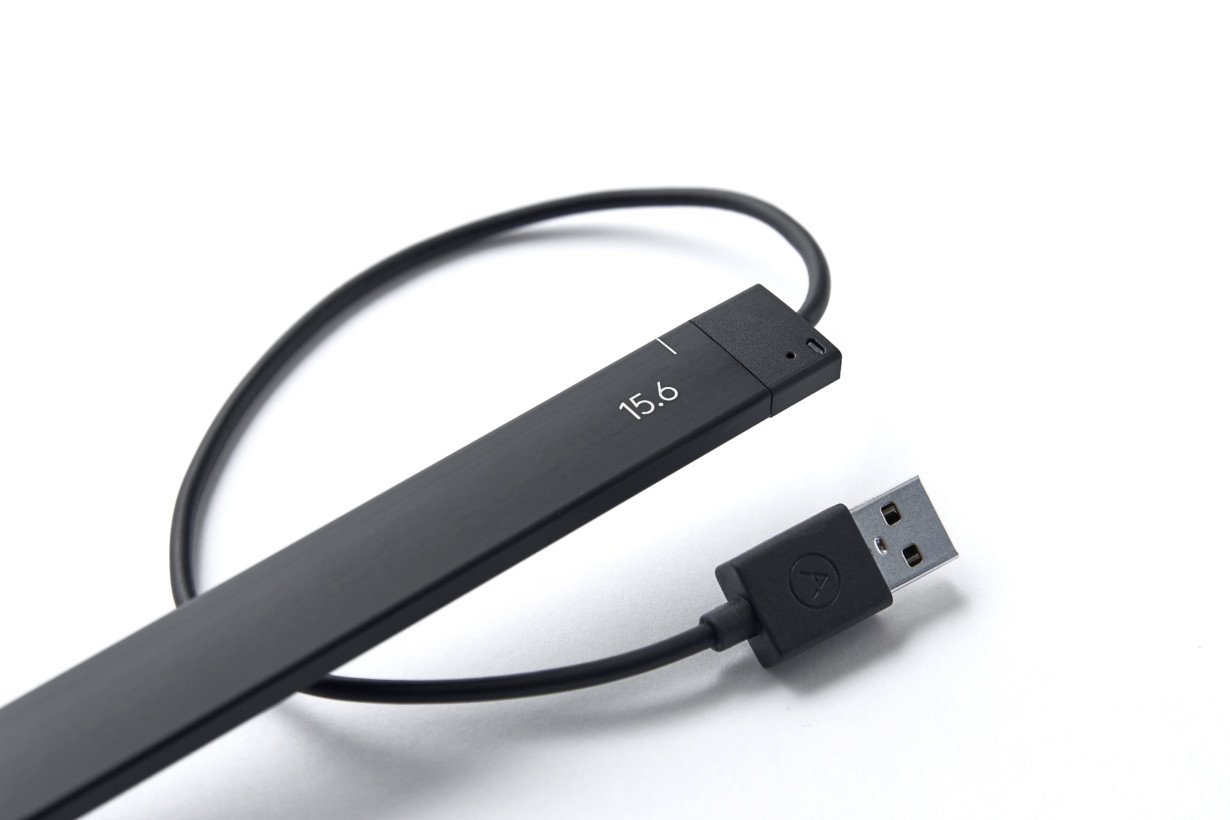 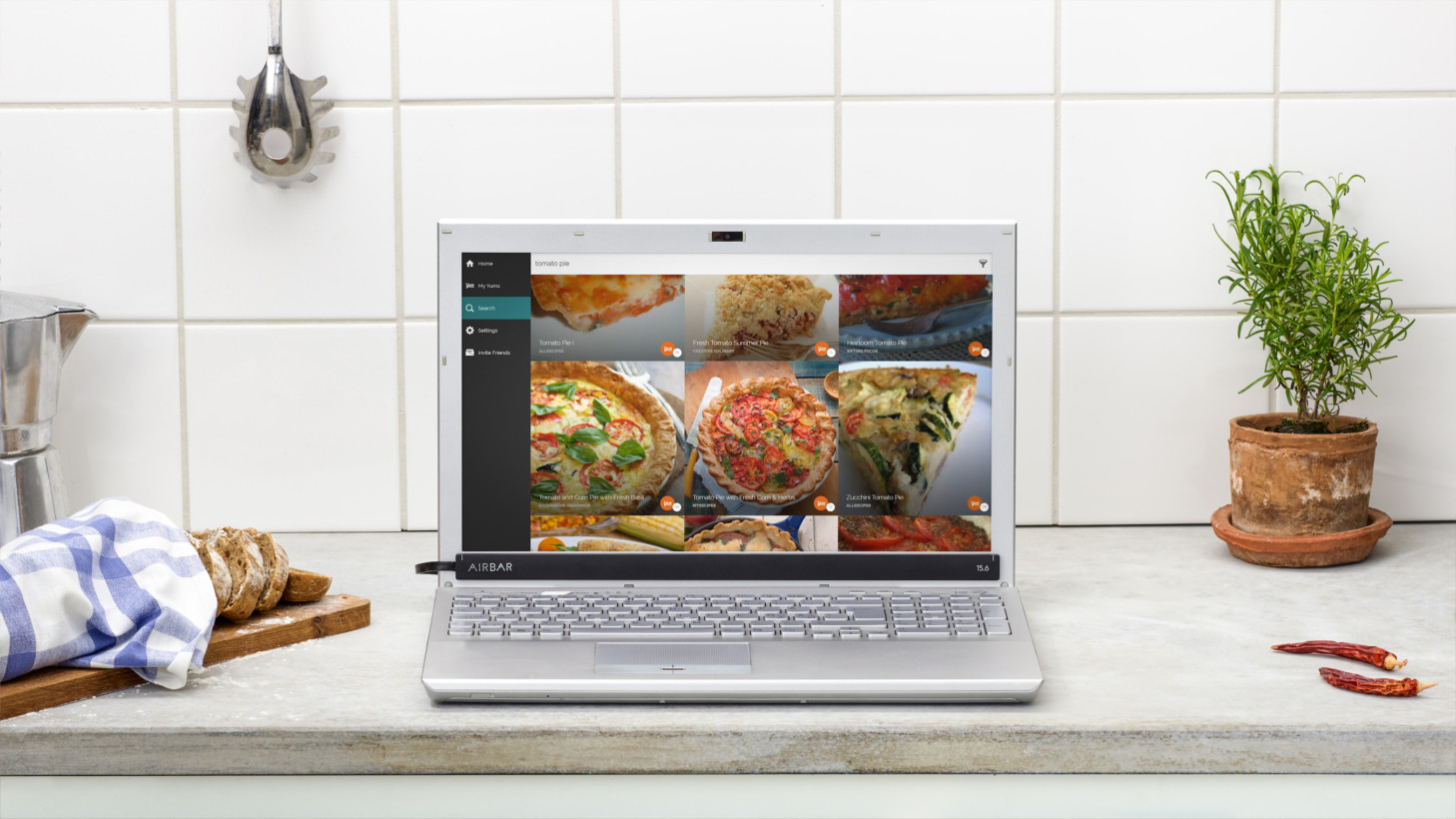 These days, computing power isn’t progressing as fast as it used to, and users are holding on to older laptops longer than ever before. If moving to a touchscreen device is your only reason for upgrading, AirBar makes a lot more sense.

It’s here. AirBar for Windows has been around since the beginning of last month, while the MacBook Air version was just announced prior to CES. Both are available to order on the Neonode website for $69. Just allow four to five weeks for shipping.