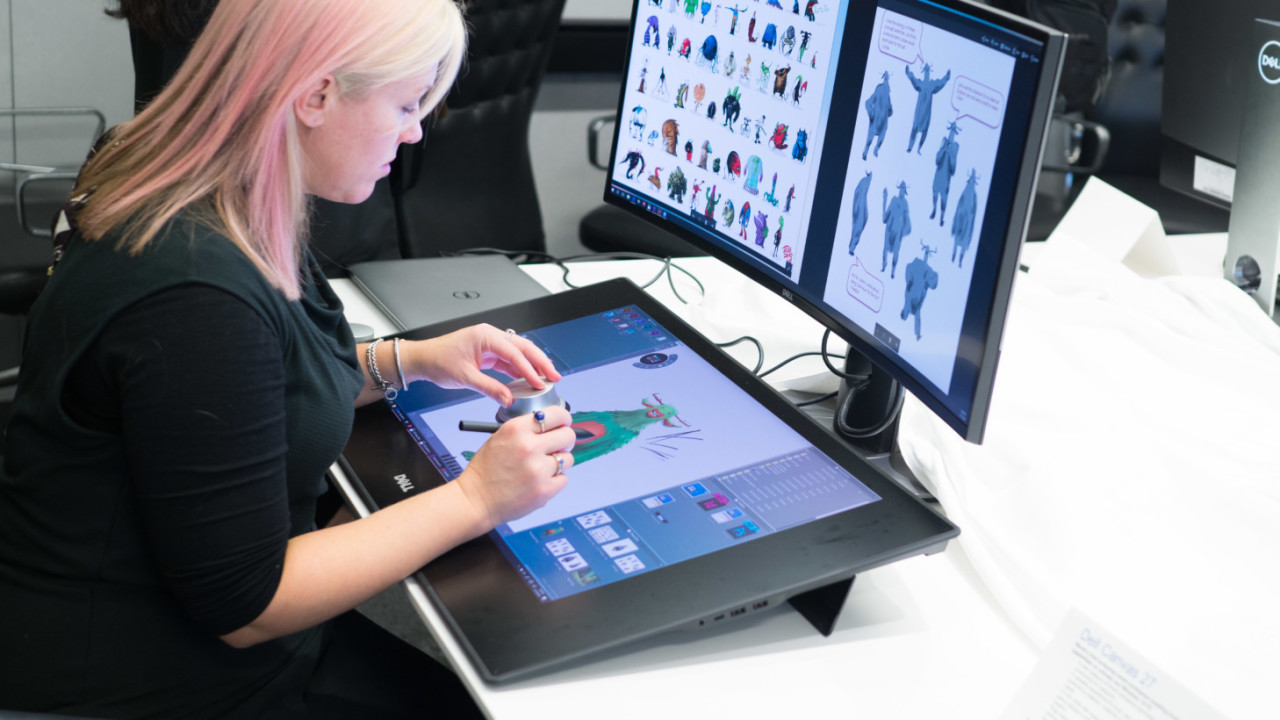 After the Surface Studio wowed everyone last October, it was only a matter of time until other manufacturers followed. That’s exactly what Dell is doing with its Canvas tablet, which even includes its own take on the Surface Dial (Dell calls it a totem).

Unlike Microsoft, Dell’s decided to sell giant the tablet portion separately, so you could attach it to your existing rig. In fact, Dell expects it to be used as a secondary monitor – you can’t actually stand up the screen straight, though you can angle it slightly off your table.

So yeah, it’s basically like a giant Wacom Cintiq with support for Microsoft’s Dial interface. I tried it out briefly, and I could notice no input latency, and the Totem works just as well as Microsoft’s Dial, although it doesn’t have the same clicky rotation (other than a downwards click, it’s just a fixed piece of plastic), and it must be on the screen to work. The lower angle does mean it’s not as likely to slide off your screen, however.

If you’re wondering about the huge bezels, Dell says it was a conscious choice – when you’re drawing, you want to have some room to rest your arms, plus it lets you keep the totem on the screen. There are soft keys you can program as shortcuts. Oh, and the pen is tilt sensitive, which is something the Studio doesn’t offer.

One of the biggest complaints levied at the Surface Studio is that people who already own more powerful desktops would like to just be able to own the Display, so Dell’s Canvas goes a long way towards addressing that issue, although it’s not as high resolution or vibrant as the Studio’s display.

But again, it’s meant to be paired with another display, and it’s nice to have a screen you can use with any computer you’d like. Dell isn’t announcing a final price yet, but it’s supposed to be a lot cheaper than the Surface Studio or comparable Wacom Cintiqs.