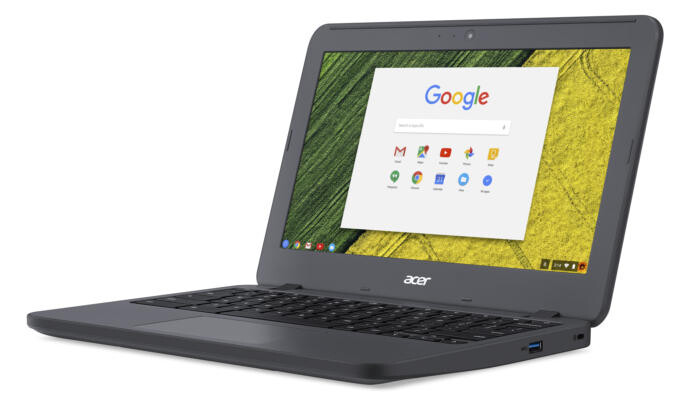 Laptops are easily broken. Just one spilled soda, or one dropped computer can spell disaster. There are some ruggedized machines, but they’re pretty expensive. The Panasonic ToughBook, for example, is a military-grade machine that packs a premium pricetag.

This 11-inch laptop has been tested to, and meets, the U.S. MIL-STD 810G standard. It can survive drops of up to 4 feet; rounded corners; packs a spill-resistant keyboard with ruggedized, rubber keys; and can withstand a staggering 132 pounds of force on the top of the laptop.

So, if you accidentally stand on this bad boy, chances are that it’ll survive unscathed.

This comes at a price though. Firstly, it’s damn heavy, weighing a staggering 2.98 pounds, or roughly the same as a 13-inch MacBook Air. That doesn’t sound like a lot, but remember, this is an 11-inch laptop.

It also comes with a reasonably large pricetag, costing $229. While still affordable, it’s important to note that you’re paying for the ruggedness, and not performance. As a result, it packs some pretty uninspiring specs.

The Acer Chromebook 11 N7 will cost $229 in the US, and €299 everywhere else. It’ll undoubtedly do well in the education market, as well as with clutzes tired of replacing their machine every few months. But everyone else would do well looking elsewhere.