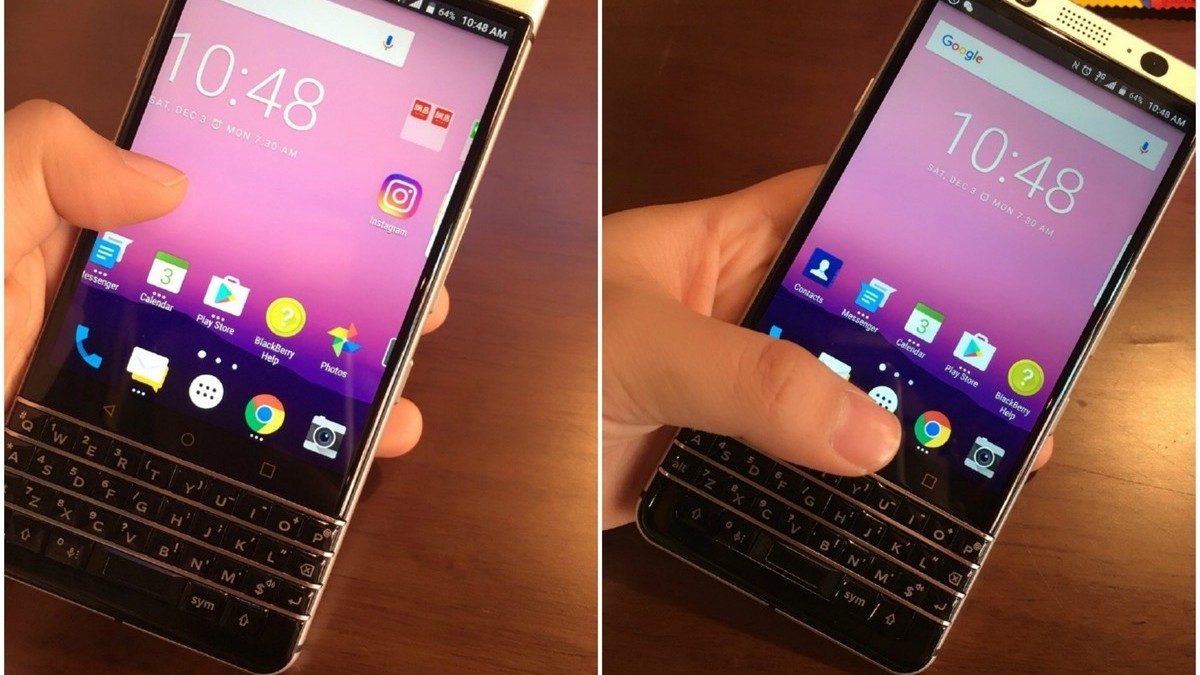 Back in September, BlackBerry announced it’s putting an end to the internal development of its smartphones, relying on partners for future hardware, after its first Android-powered handset — the Priv — fell short of expectations.

However, CEO John Chen confirmed last month that the firm is actually preparing to release one last in-house phone with a QWERTY keyboard (code-named Mercury) — and now it would appear that we’re getting our first proper look at the device.

The handset, which looks very similar to the Priv, was spotted on Chinese social network Weibo on Saturday. Unfortunately, no information was provided alongside the images, so its specifications still remain a mystery.

That doesn’t mean we can’t speculate, though.

Judging by the pictures, it looks as though BlackBerry has opted for a set of capacitive buttons as opposed to the on-screen keys the Priv sported. The keyboard also seems like it’s fixed in place and not on a sliding platform like its predecessor.

It’s worth noting that, despite our best efforts, we were unable to verify the authenticity of these hands-on images — so they should be taken with a considerable pinch of salt.